What to Wear While Running at Night & Other Tips

The Ultimate Guide to Running at Night

For those of us prone to luxuriating under our comforters, debating whether that sunrise run could possibly make us feel any better than sleeping an extra 15 minutes, running at night might be the only way to go. After all, it’s a lot easier to trade underwire and heels for silky spandex and cushy trainers than it is to hand over your PJs.

But you probably find you’re tired after a long day at work, too, so what are the real benefits of clocking miles rather than clocking episodes on Netflix? And how can you make sure that you have the necessary gear to safely run at night? In this guide we’ll walk you through not only the benefits of night running but how to gear up for safety and success.

Jump To A Topic 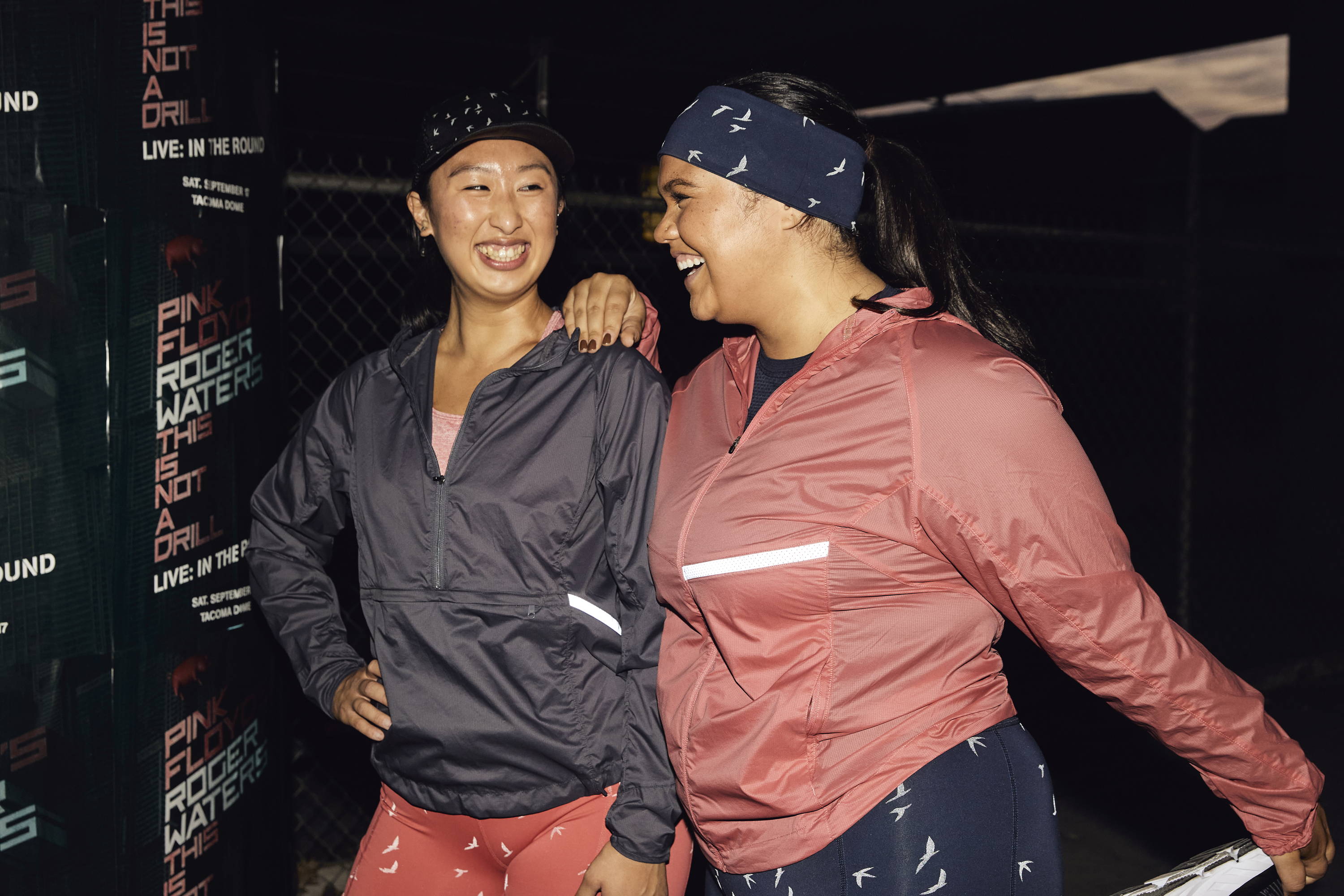 Should You Run at Night?

Of course, running any time of the day has great benefits, but the simple answer is yes!

In addition to the leg up you’ll have from already being awake in the evening, running at night helps you take advantage of your best coordination, fastest reaction times, and greatest cardiovascular efficiency. Plus, if you opt for an evening run, you’re less likely to injure yourself as you’ve allowed your body ample time to warm up throughout the day. You’ll have additional energy stores to draw from as well, thanks to all those meals and snacks you’ve eaten along the way. This means that in addition to getting yourself out the door, the actual run might feel easier too.

There are also mental and emotional benefits to going for a late-night run. For many, running can be a time to reflect, to work out, and wind down from the day’s stressors. Running can be especially calming if you end your run with a cool down or a walk. This will slow your heart rate more gradually and put you in a calmer state of mind, a state of mind which is also more conducive to stretching. This time to wind down, paired with a nice hot shower, will get you ready for a calm evening of reading or (now that you’ve gone for your run) a bit of Netflix, then it’s off to bed. Just try not to go running immediately before bedtime. An hour or two at the minimum should give you just enough time to wind down after your run.

Running at Night vs Morning

Fans of the early morning rise and grind often state that it’s easier to get a run in before the day starts. That way no matter what comes up later, you won’t have to worry about running out of time. A low-intensity morning run can also serve as a de-stressor. Running both reduces your body’s stress hormones and stimulates endorphin production. However, it can be more difficult to prepare for an early morning run because it’s taking place after you’ve spent the previous 6-8 hours in bed, fasting. Therefore, you’ll have less energy and you’re more likely to get injured if you don’t warm up properly.

Regardless of the time of day, trying to squeeze in a tempo run can be difficult for anyone with a demanding schedule. If you push the pace too hard in the morning, you might find yourself out of energy halfway through the workday. Alternatively, if you have a hard day at work, you might find your pace lagging during your evening run. If you’re feeling chronically fatigued, you may want to consider lowering the duration or intensity of your run.

Ultimately, you run your best when you feel your best, so what it really comes down to is answering this question: are you an early bird or a night owl? If you’re early to rise, morning runs are probably for you, but if you like staying up late, you might want to get your run in later in the evening.

On the bright side, no matter what time of day you hit the asphalt (or the trails) running has been shown to improve duration and quality of sleep. This means that no matter when you run, you’ll be better rested for your day at work or school, and better rested for your next run too! So, while both of these schedules come with their own drawbacks and benefits, what it ultimately comes down to is deciding on a running schedule that makes sense for you, and having the tools to be able to stick to that schedule consistently. 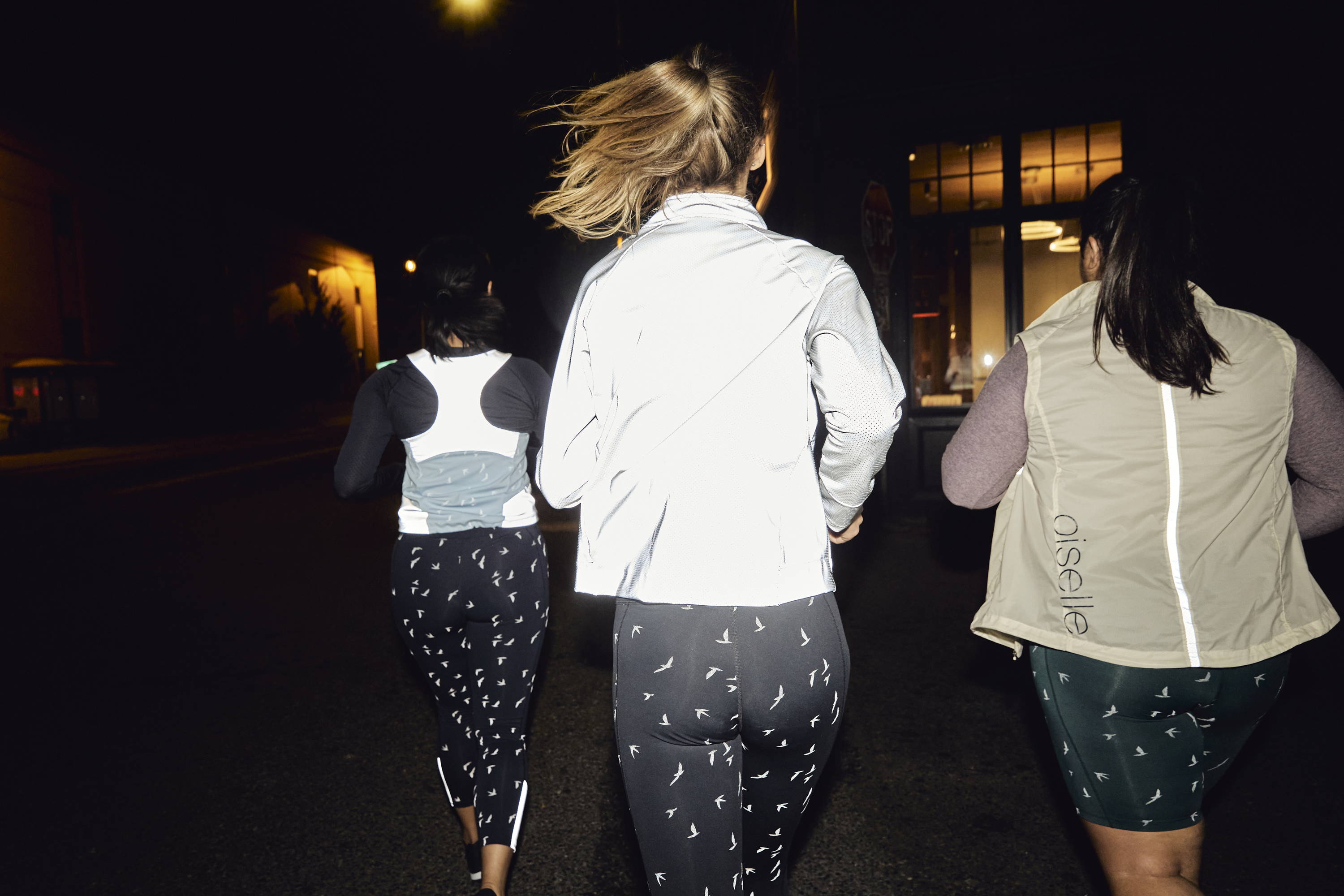 For a lot of people running at night might seem a little intimidating. However, there are a few precautions you can take to feel and be safer.

Be visible. Wearing reflective running gear during your late night or early morning run is paramount for road safety, and you'll always be ready for a pop-up dance party. A headlamp is a great addition as well.

Other ways to feels safer on the run include running with a buddy whenever you can (or join a running group), bringing your phone with you If you prefer to fly solo, and notifing at least one other person of your plans before head out. 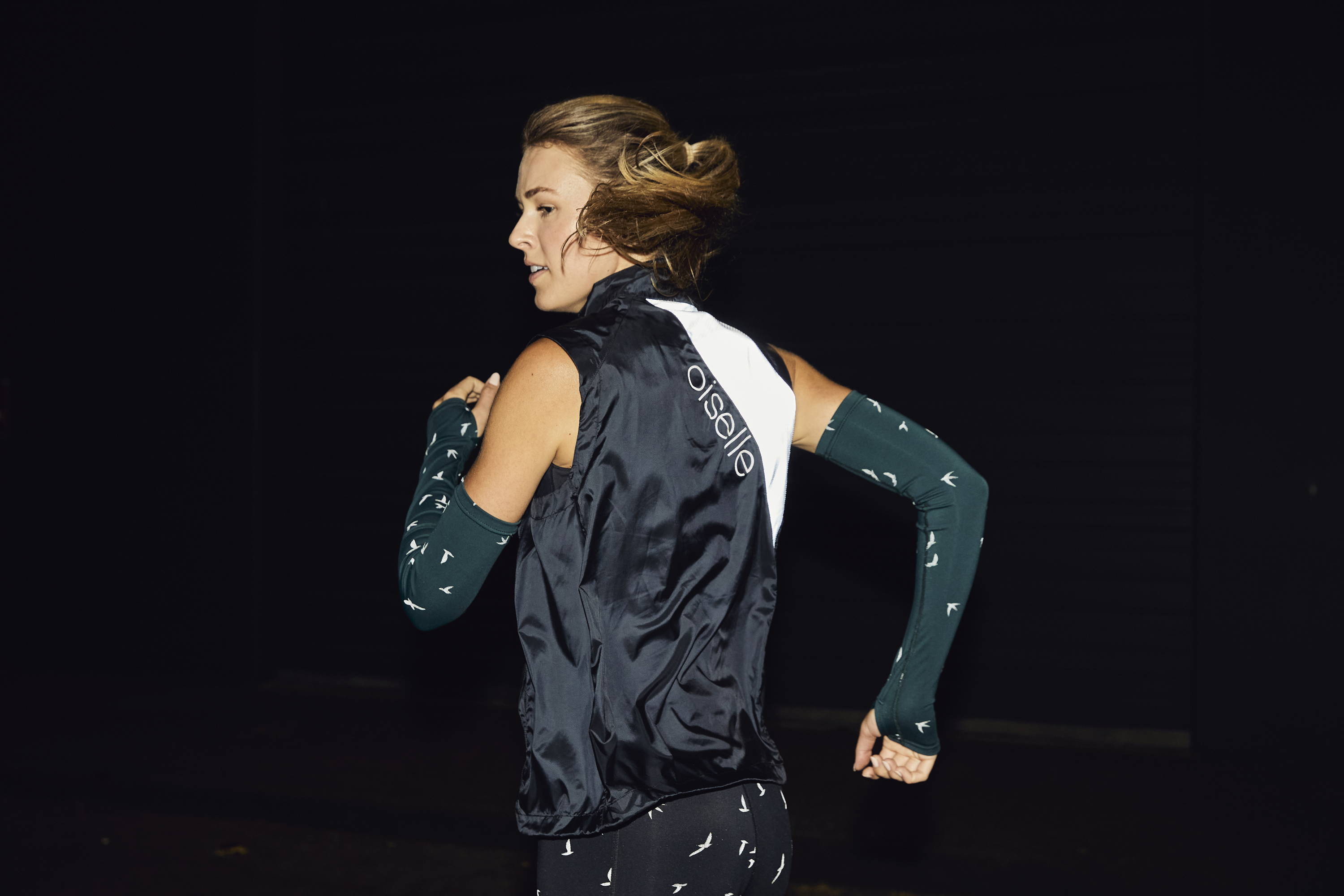 What to Wear Running at Night

As the sun goes down dressing in warmer layers will be a must for running. Additionally, you can consider including a warm-up loop that’s close to home. That way you can bundle up for your first mile or two, then strip off the extra layer once you’ve warmed up. Aside from layers, clothing made of wool is also great because it can help regulate your body temperature: it keeps you cool when it’s hot out, but toasty when the temperature drops. You’ll also need something with pockets, for your phone, keys, and any other tools or snacks you choose to bring along.

Also, consider this: sometimes, what you don’t wear is just as important as what you do. Since running in the dark means that one of your senses will be hampered already, consider leaving your headphones at home so you don’t interfere with your hearing as well.

Here’s a condensed list with some gear and gadgets to consider for your first or next night run: