13 THINGS YOU MAY OR MAY NOT KNOW ABOUT OISELLE

Oiselle HQ is located in a former torpedo assembly plant, in Seattle's Magnuson Navy Airforce Base, that was decommissioned in 1972.

This was the era of Rosie the Riveter, with vast numbers of women entering the workforce during the war. "With calm indifference and high efficiency, these women slam down 10-, 20-, and 100-ton pressure punch presses of which even men are leery." 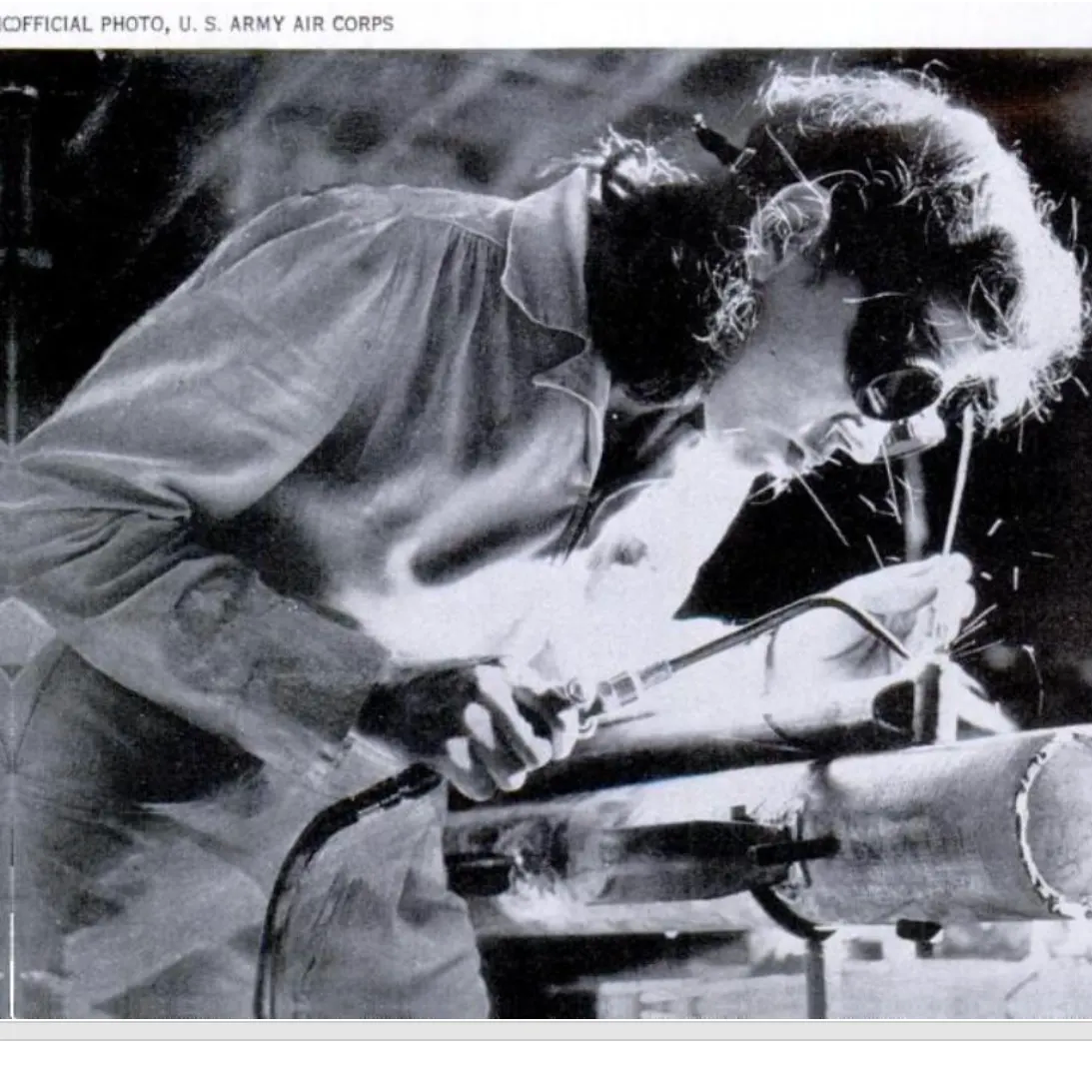 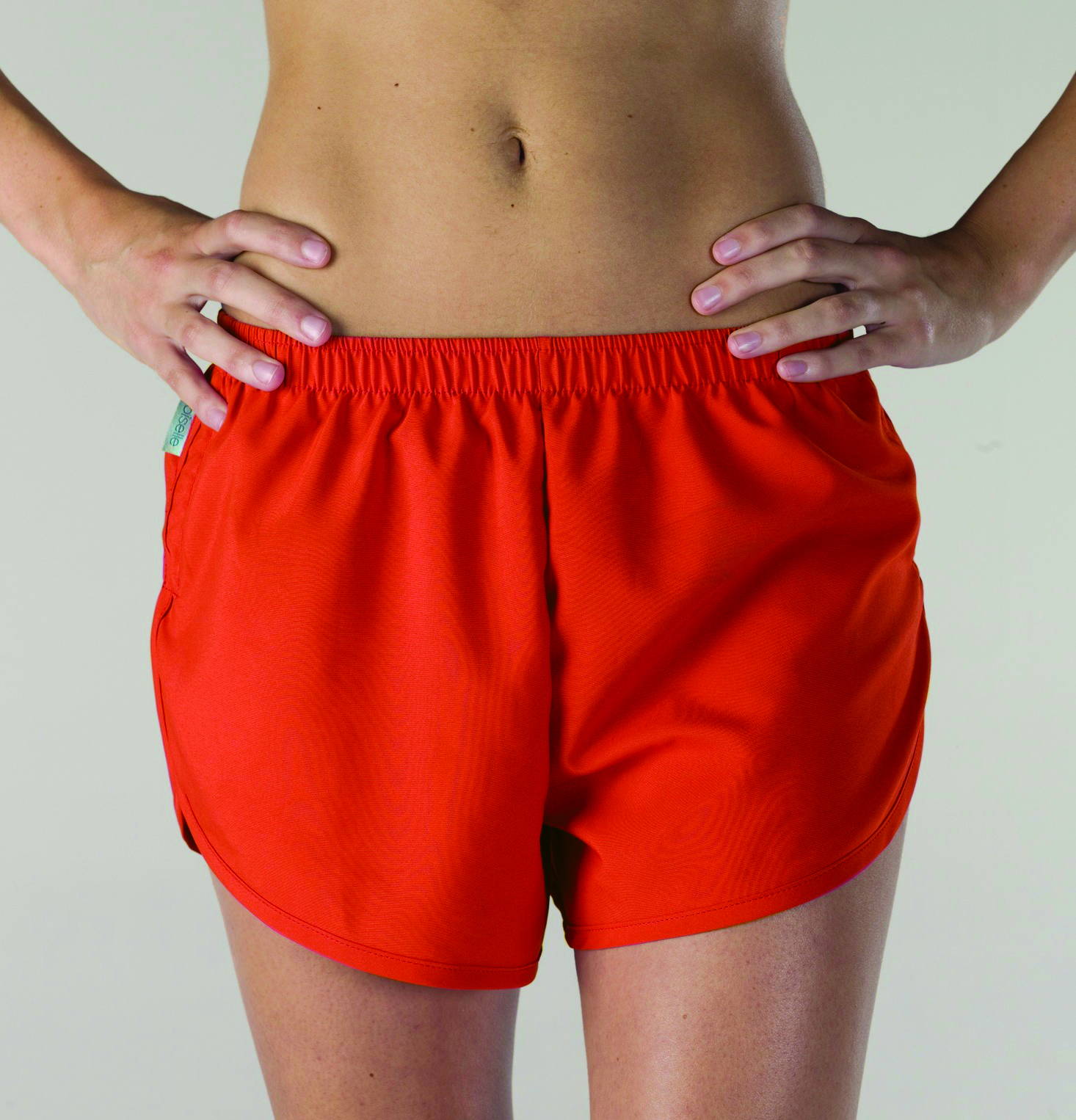 The original Oiselle shorts were a split-leg design called the Marseille, launched to the world at the Seattle Marathon Expo in November 2006 during a snowstorm. Four pairs were sold.

It was our first and only split leg short until this year, with the release of the Banana Split Shorts.

Oiselle is an antiquated French word for bird, specifically ladybird... which we're also into because we love Greta Gerwig, and her movie directorial debut, Ladybird. And while it's true Oiselle can tongue tie people, we also like to say that if you can pronounce Mademoiselle, you can pronounce Oiselle. (And if you can run down the street, you're a runner!) 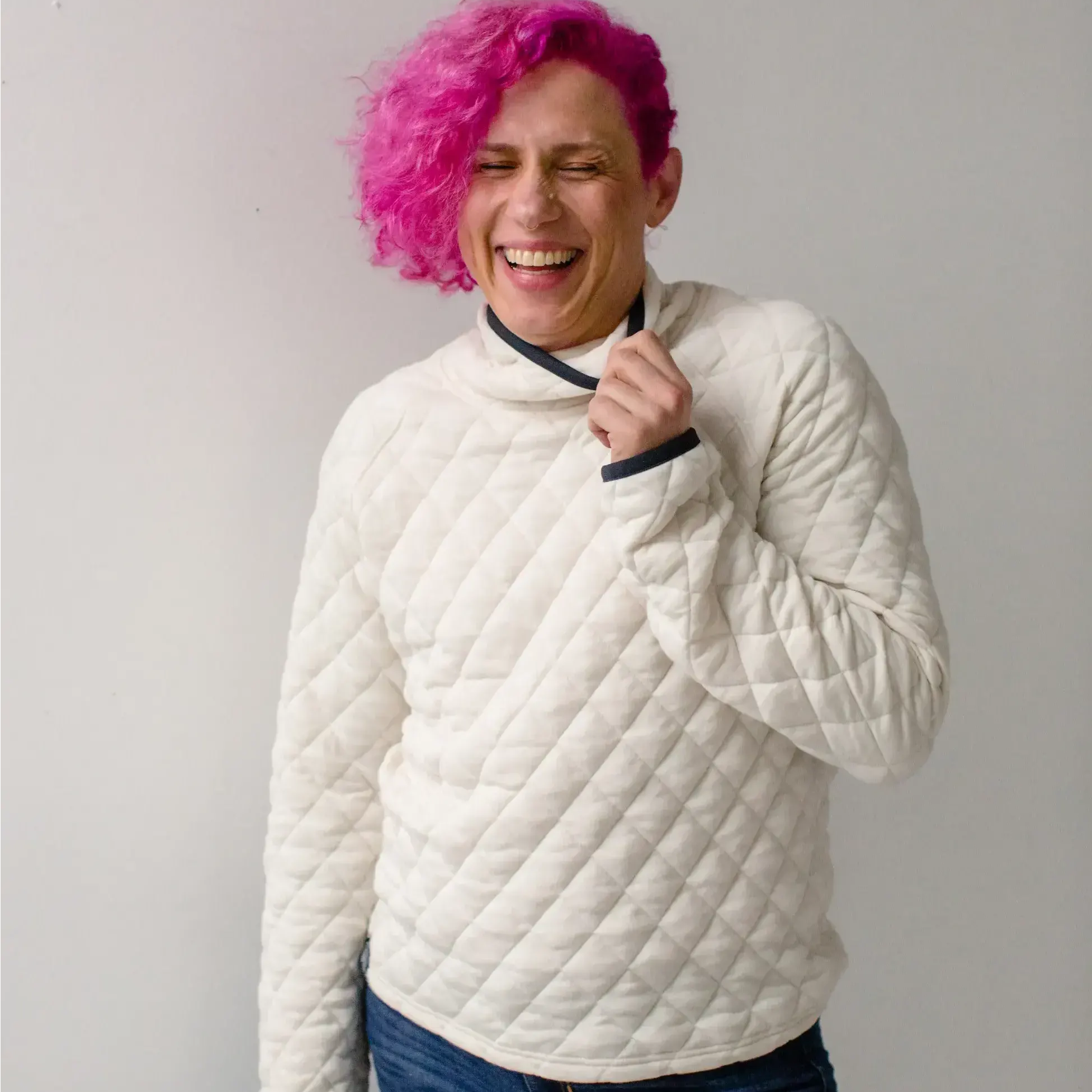 The arc of the clothing universe bends towards comfort. Our Lux, Bird Hug, Quilted, Sherpa, and Nyelle fabrics are more than fabrics; they're comfort and support you can wear at anytime. Better yet, they're put into styles that can be worn for far more than sports. Walk, sleep, lounge, cavort, dance, and rumble, we got you.

Before founding Oiselle, Chief Bird Sally Bergesen was a product and company namer. Among others, she named the emergency contraception product Plan B.

We still believe in the power of a great name. From Rundies and Yetis, to Cat Lady and Wazzie Wool, we love creating names that are fun, memorable, and even a little weird. 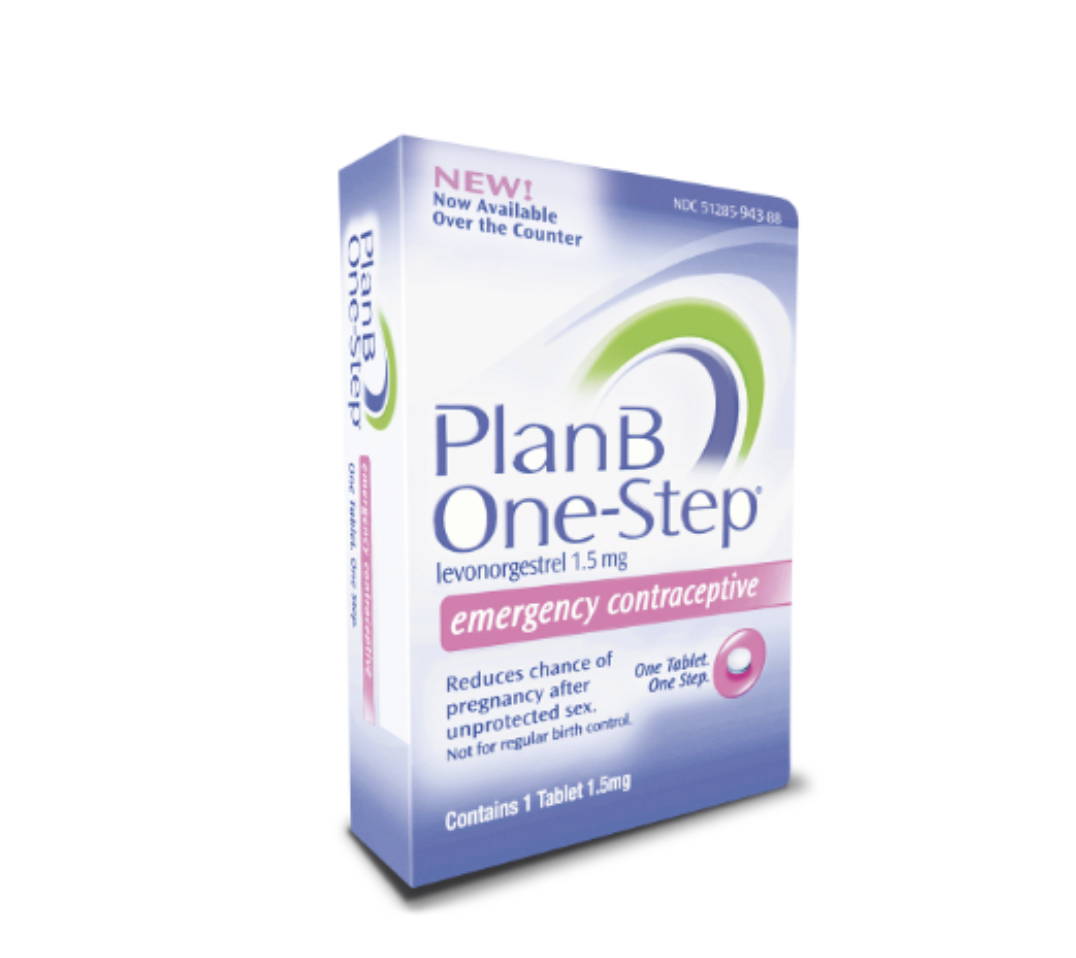 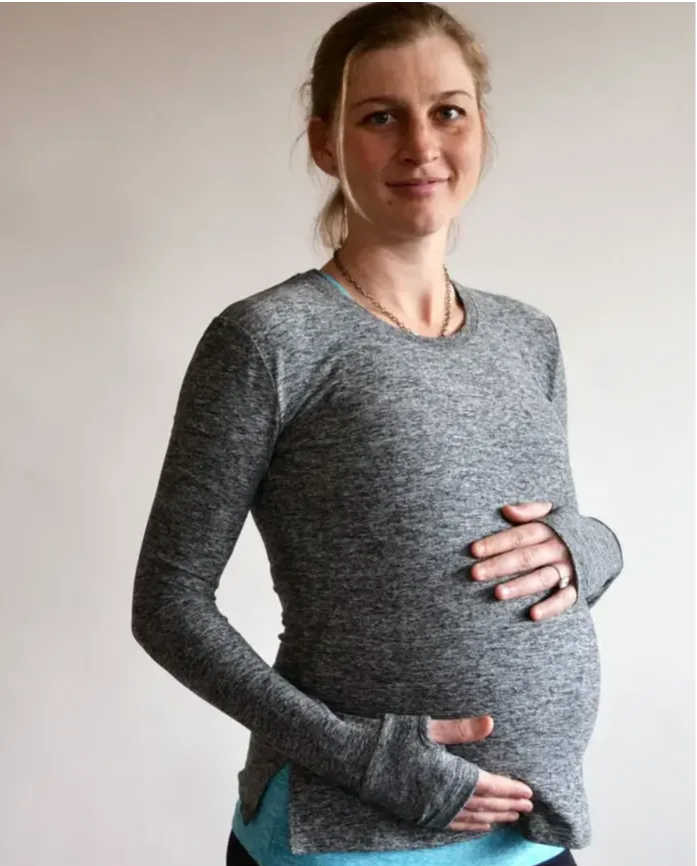 Oiselle was an early mover in sponsoring professional athletes throughout their pregnancies. In 2013, at the end of her first trimester, Lauren Fleshman signed a Oiselle pro contract. It was clear then, and now, that a woman's life is equally inspiring (and valuable) on and off the track. Plus, only Lauren can describe it like this:

"If my pregnant life were an ice cream sundae recipe, it would be three scoops of exhilaration and one scoop of terrified, drizzled with foggy confusion, and topped off with spontaneous sprinklings of f#@*ing exhausted."

The Oiselle Volée running team, that welcomes women athletes of all ages, paces, and distances, is truly unlike any team, with 4000+ members around the world, facilitating countless miles and friendships.

We might be quarantined now, but the future is already coming into view, with Boston 2020 in September, pre-Olympics events, and Big Birdcamp 2021 currently planned for late August. 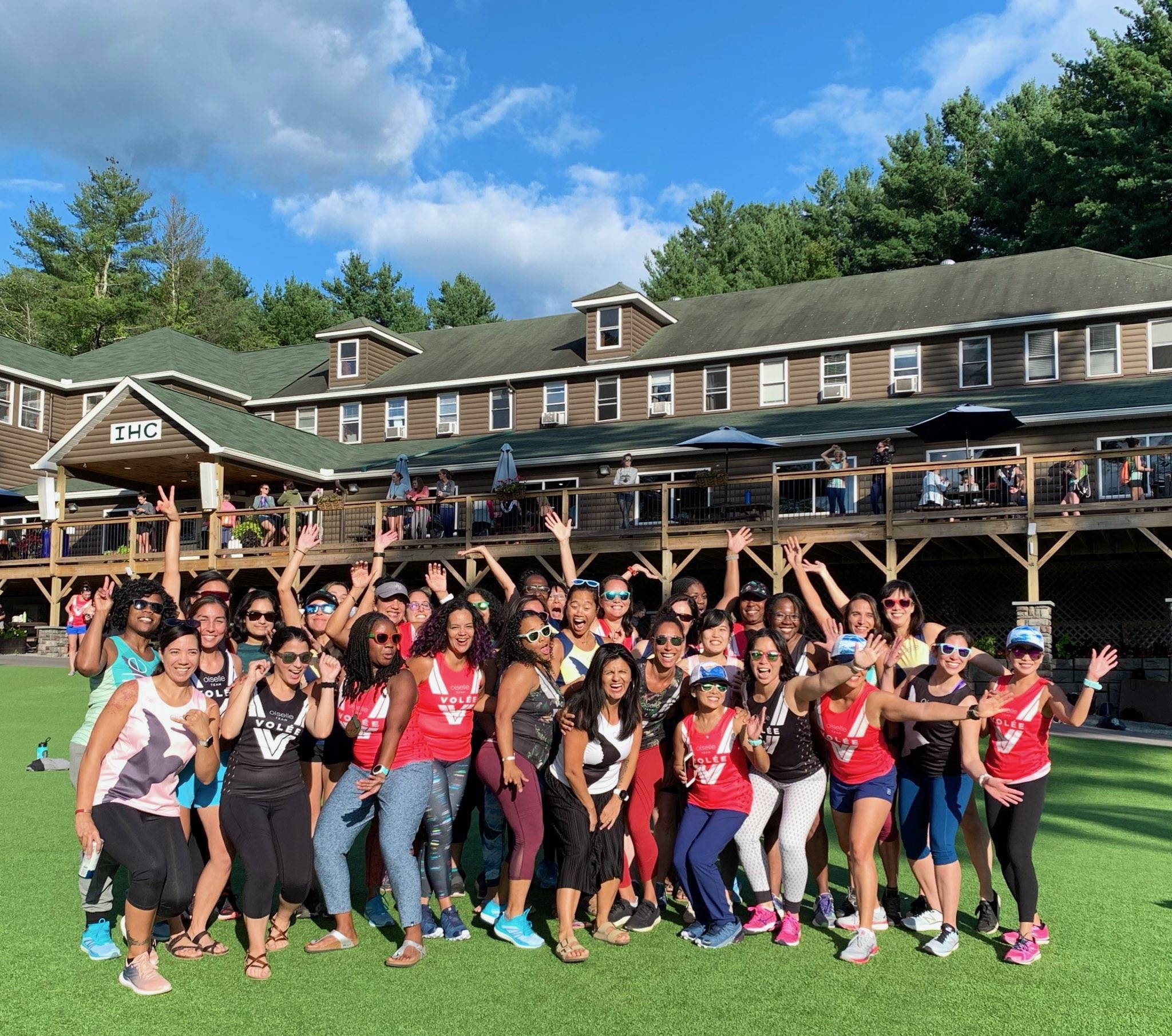 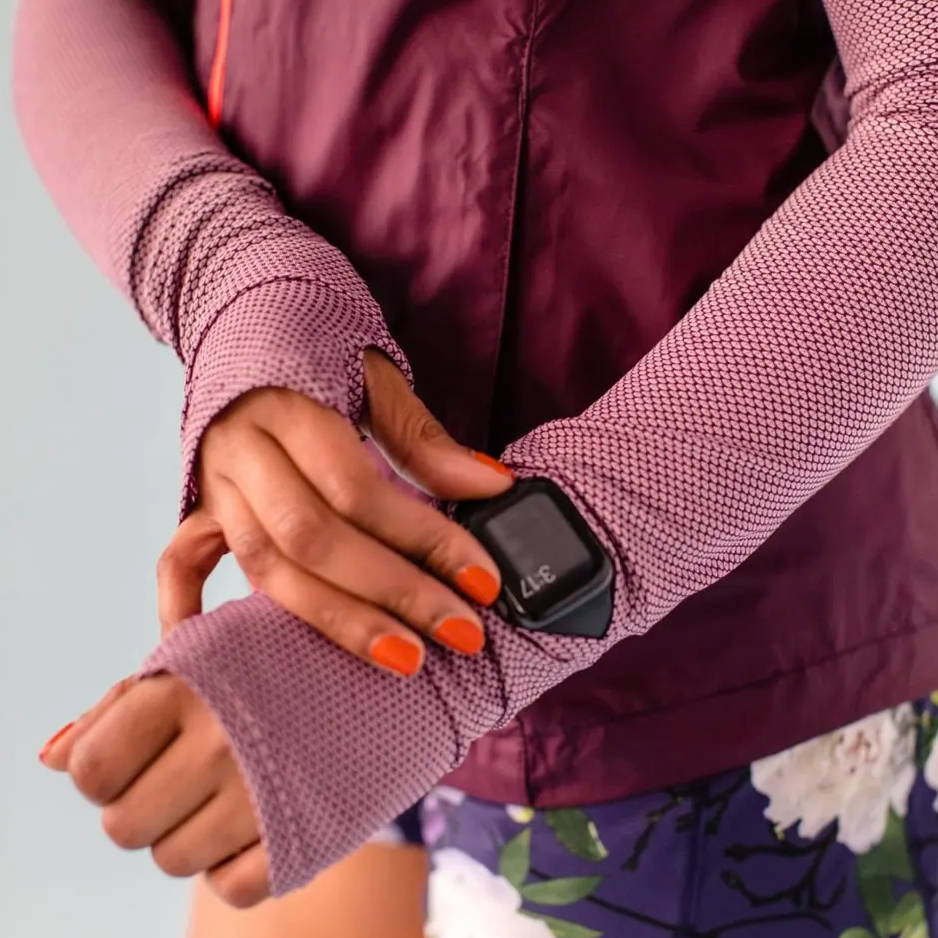 The Oiselle Watch Window came to us on a run. It was a classic Seattle winter day: 42 degrees and raining, a 13-mile long run underway, the hope of staying dry long since gone. As we tugged at our sleeves, with numb fingers, to check our watches, we felt certain there was a better way. It's a small detail with a big message: there's often a better way. Check out the Flyout Long Sleeve and the Flyout Wool Long Sleeve to see what time it is.

In 2014, Oiselle modified a World Relay Championships photo to illustrate the athletes' true sponsors, and the conversations around sponsorship, athlete pay, and sports governance have never been the same.

This, and other stands in the sport, led to this Outside Magazine article profiling Oiselle as a rising force. 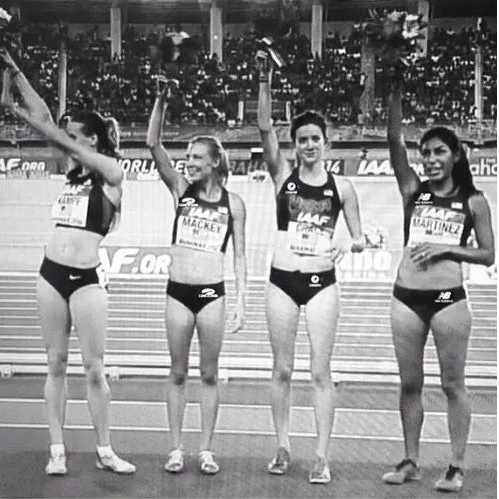 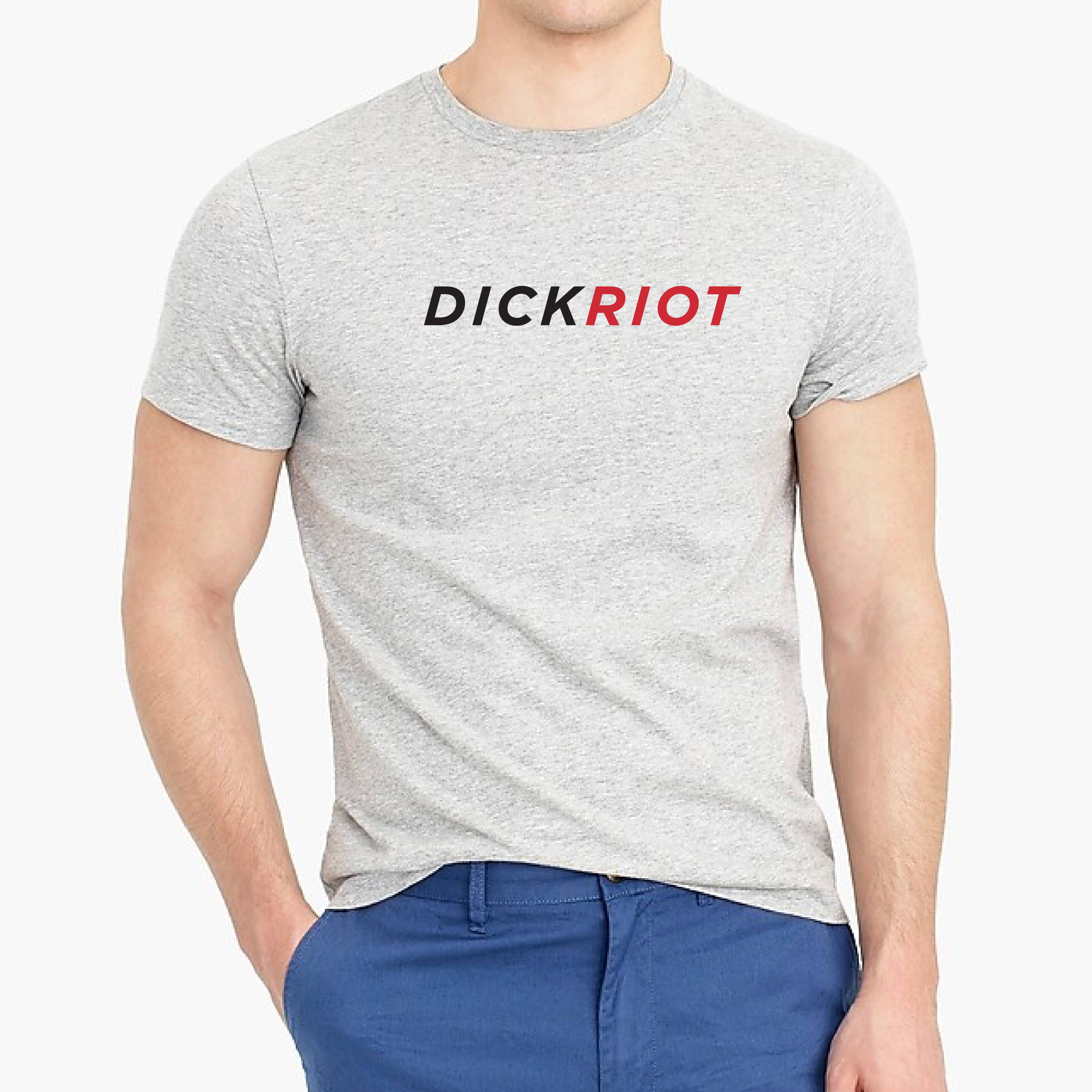 Oiselle incorporated the business on April 1, so we stay true to our heritage every year with a campaign of humor. From Swassy, the eau of a sweaty woman, to Go Flow, the caffeinated tampon, every April is a good time to celebrate humor and the art of not taking ourselves too seriously.

In a recent survey, and by a landslide, women runners chose Flyout Tops, Flyte Tops, Pocket Jogger Shorts, Roga Shorts, and Runner Trucker Hats as their #1 styles to marathon in. And 26.2 miles is still a long way to run. 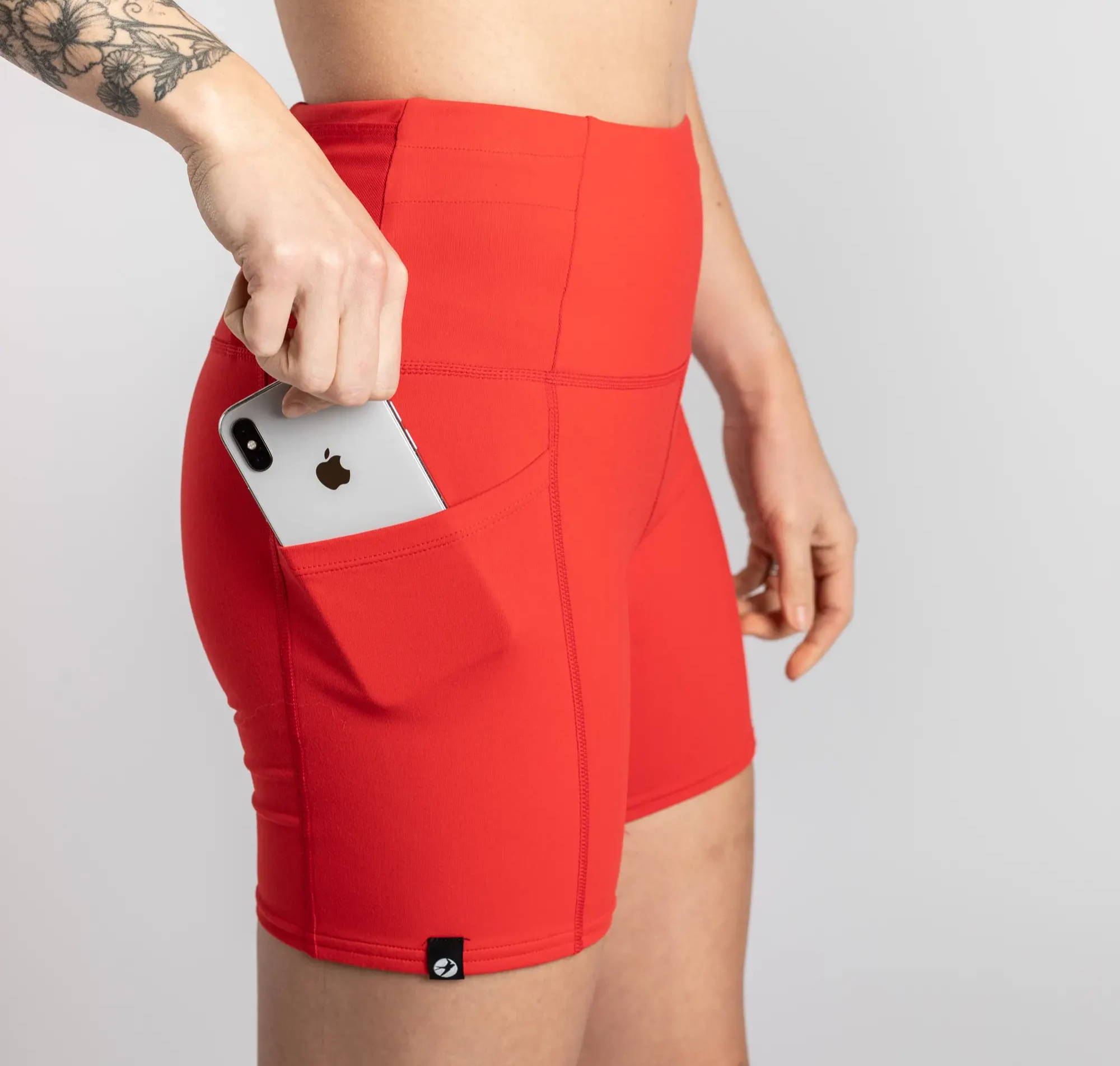 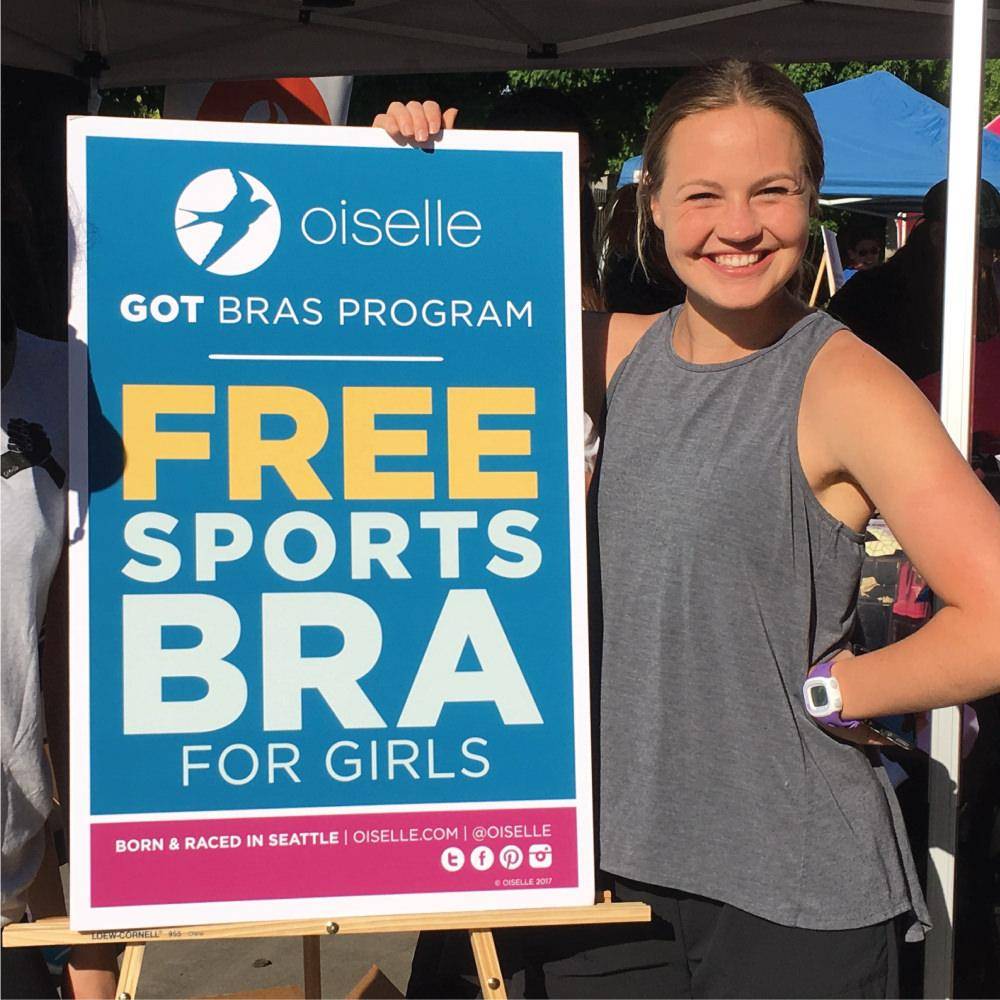 Oiselle has donated 8,000 bras to middle school girls in need as part of our Bras for Girls Program. Bras for Girls is funded in part by dues from The Volée. With every donation, we also share knowledge. "All breasts are normal!" is our mantra.

Even during these uncertain times, we know that the global rise of the woman athlete, at every level, has only just begun. We can't wait to be a part of that story for another thirteen years - and beyond! 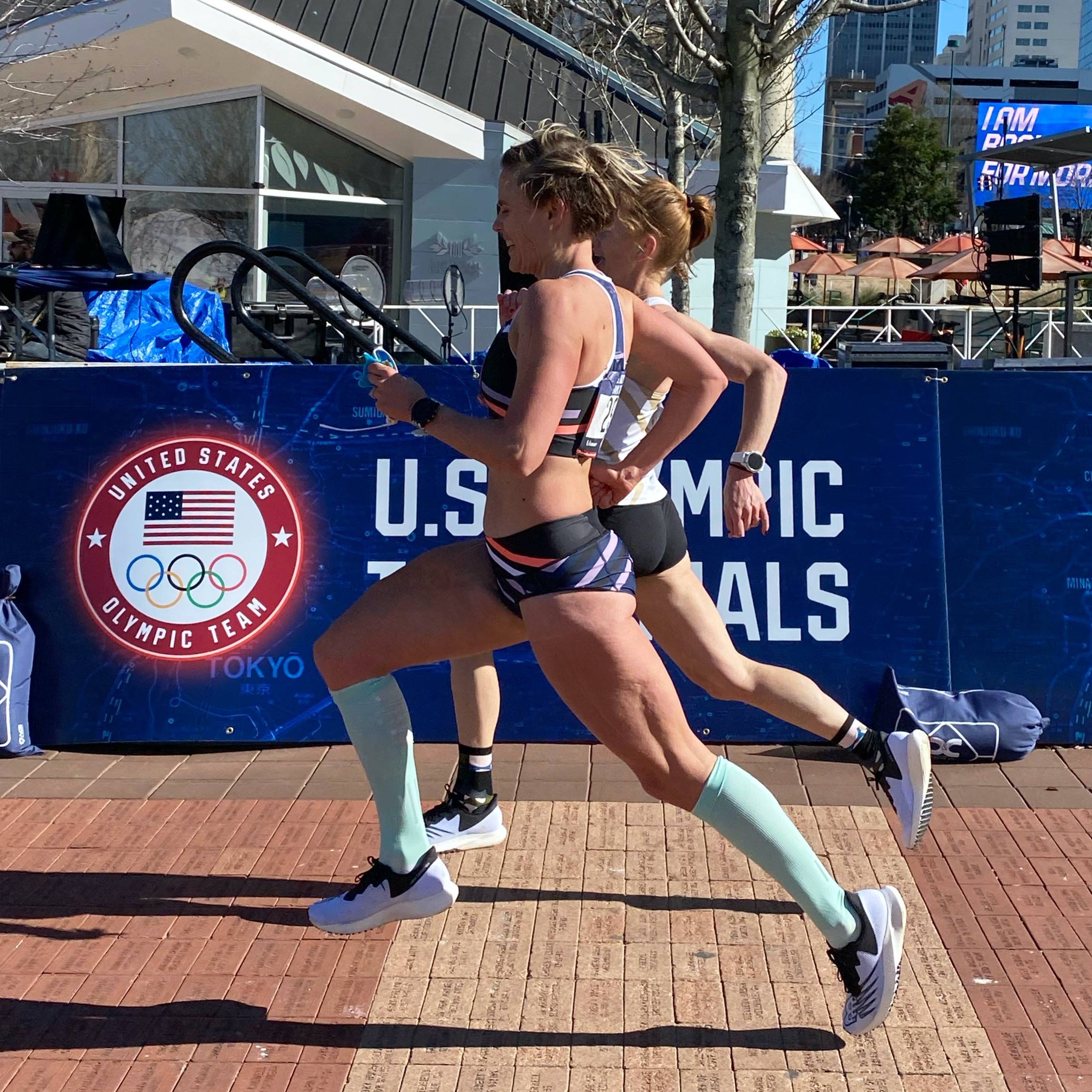 Ok, but Big Birdcamp 2021 can’t come soon enough! I haven’t been, but have been dreaming of going! I’m stoked and would preorder now if it were available! Thanks for being such a wonderful lady-led company! 💙

Love your business ethics and message. I am too embarrassed to say how much of my day to day clothing has your logo. I have many items in multiple colors. Love that you are run by women
for women. Hi to Atsuko!

Love everything about the 13 year Oiselle recap. My Oiselle family is a true representation of such inspiring, powerful, resilient sisterhood! Happy Happy Birthday!