You may wonder who is the mastermind behind building and presenting Oiselle's blogs and stories. Meet: Hazel Carr, Oiselle's bird-loving-est bird lover (and that's saying a lot)! Hazel came to us from Willamette University and stepped in with energy and moxie as Oiselle was transitioning websites. Hazel's sweet spirit and aesthetically gifted eye combine with her excellent editor skills to form a perfect blog leader! And when she sends the Nest completed blogs to read, Hazel always includes a bird pic and factoid from one of her bird watching adventures. Get to know Hazel - you'll fall in love with her like we all have! 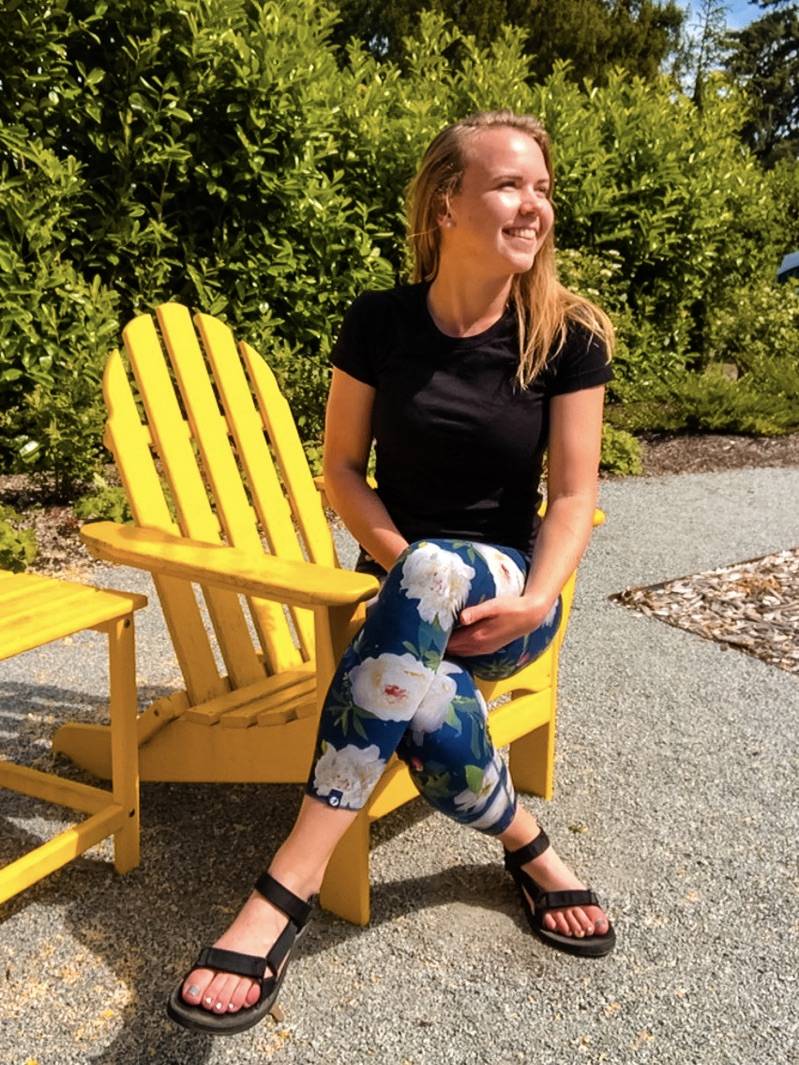 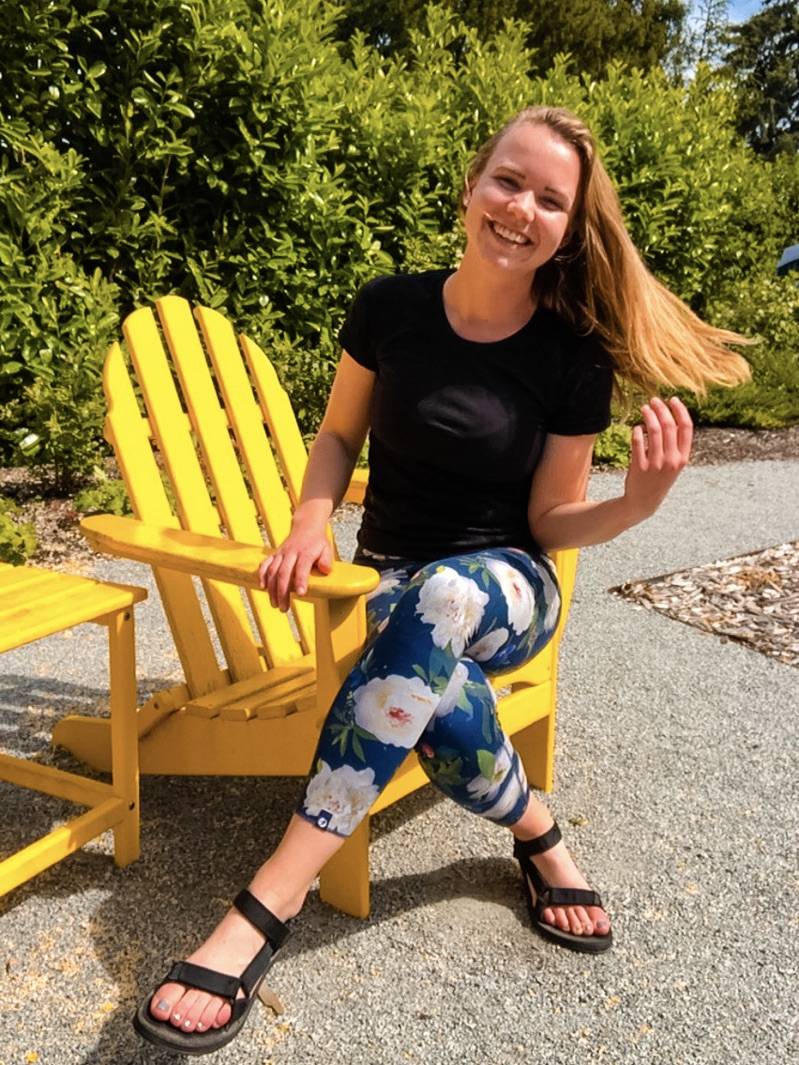 You were a HS running star and ran competitively at Willamette U. How is your relationship with running now in your first post-collegiate year? Does anything surprise you about running post-collegiately?
Currently, running and I are on good terms. I run to process, to plan, to breathe, to feel, to restart, and to compete. But running and I had a rocky patch for a good 5 years, when I wasn’t getting the race results I was working hard for. I’m super competitive by nature, so I had to learn how to relax a bit so I didn't drive myself out of the sport before I had the chance to turn things around (which I did my senior year!). At the end of my final track season, I felt like I needed a big ol’ break since I had been running and racing for almost 14 years. Even then, I was convinced to sign up for a super intense mountain race in Alaska that summer. But what a good decision that was (shoutout Emily)! It was the best because I didn’t feel any pressure, even from myself. It was 100% for the fun, thrill, challenge, and post-race beers and dance party.

Since then, I’ve kept running when I feel like it, which turns out to be quite a bit. Recently, I’ve done a couple time trials, and the thing that has surprised me the most in doing so is how fast I was able to run on top of pretty demanding academics, even in my so-called “bad races!” Training on my own is definitely not as rewarding as training with a school team, but it has really made me proud of my past running self and excited and hopeful to race again in the future. That competitive drive, that I’ve learned how to help work in my favor, makes me so ready to GO and have some fun with it!

How (and when) did you get to know Oiselle? Do you have advice for someone starting work at Oiselle?
I first got to know Oiselle when I was competing in Junior Olympic Championship cross country meets in 2009 and 2010 for the Rain City Flyers, a competing team to the Oiselle youth team. I remember admiring their cool singlets!

My advice for someone starting to work at Oiselle is this: You will make mistakes, but don’t be afraid to and try not to get hung up on them when you do. Your boss and coworkers are so supportive and understanding, but at the same time, will definitely let you know how and why you goofed so that we’re always building on our mistakes, and adding new perspectives. I know I’ve grown so much professionally in the short time I’ve worked for Oiselle and, as cheesy as it sounds, I will most definitely be taking what I learned with me to graduate school and beyond. I’m just so thankful. 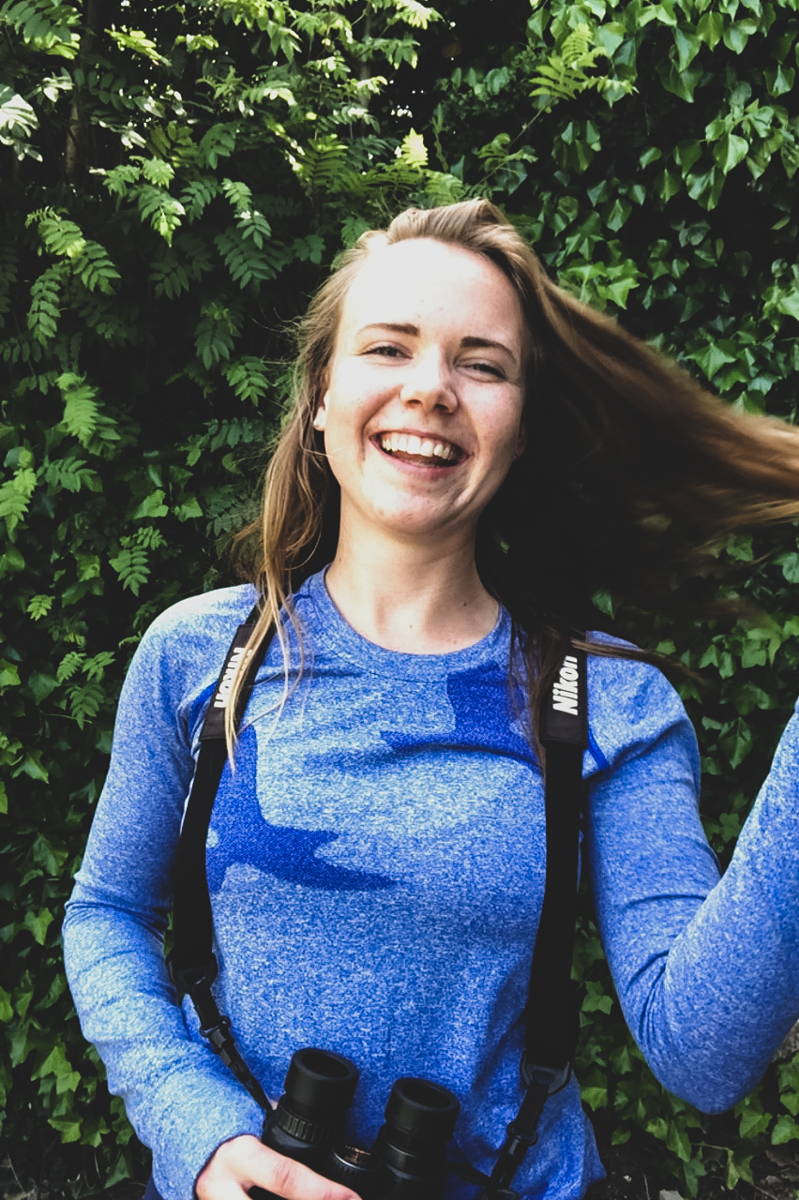 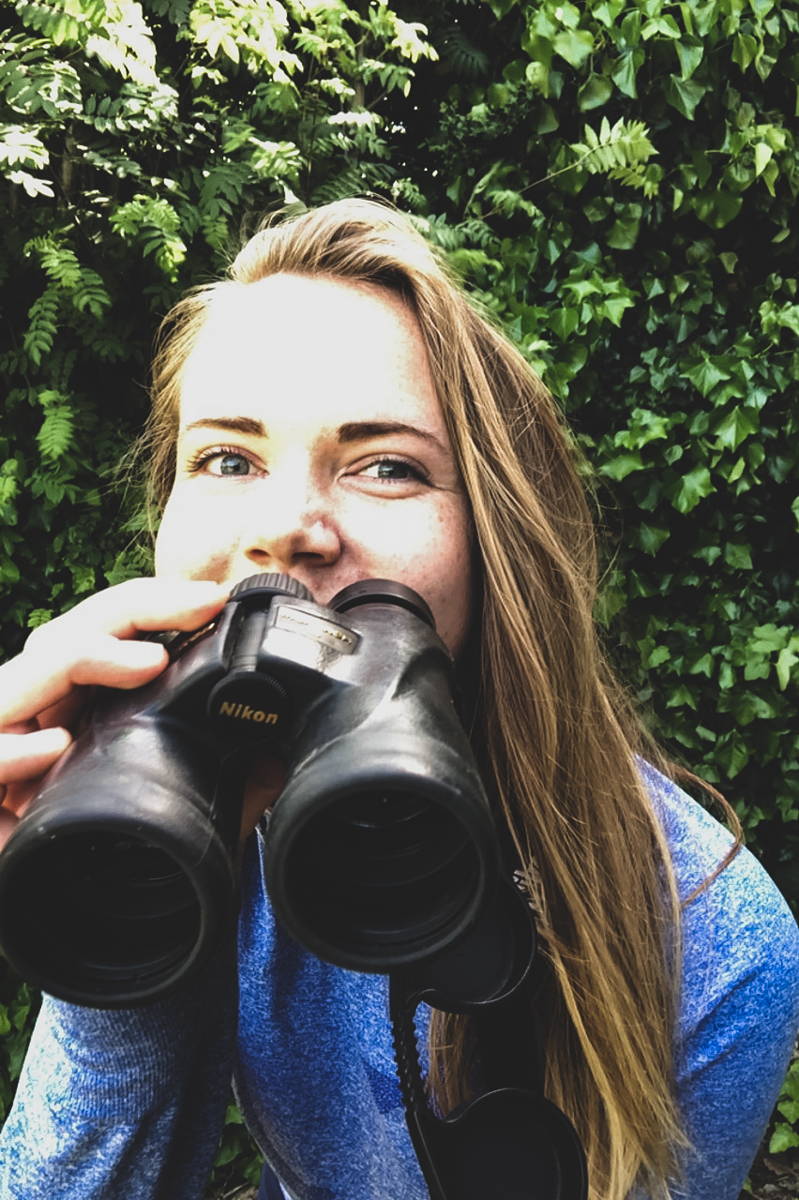 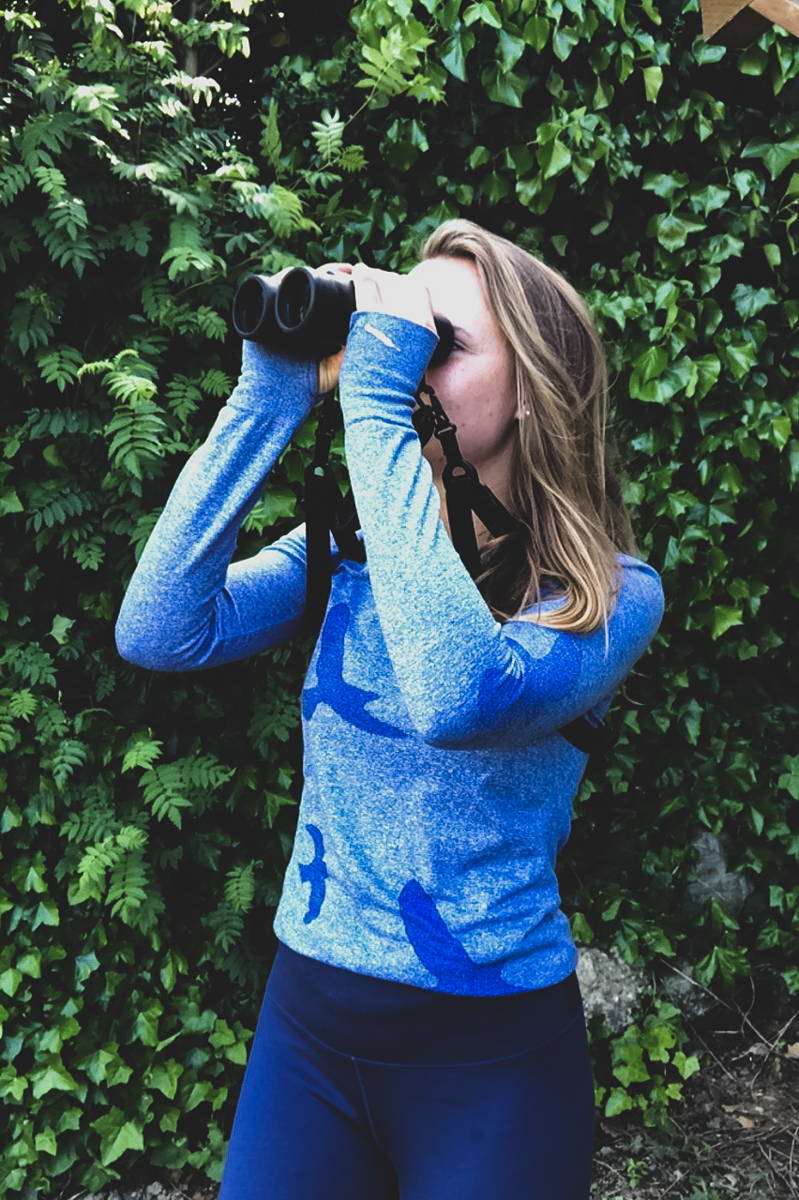 OK, you're a birder - how perfect! Can you describe when you made the decision to pursue ornithology for a career? (And what's your favorite attribute of the Brown Creeper?)
Birds are the best because they’re beautiful, magical, cute creatures with wings that are literally everywhere, and ANYONE can watch and listen for them. It’s past time to get rid of that older white man birder stereotype, because it’s just not true, and perpetuates barriers that are already high for those who aren’t, and we all benefit from hearing all the voices. The birds are here for us all! Actually, recently a week was dedicated as the inaugural #BlackBirdersWeek, so check out the hashtag on Twitter or Instagram for some quality content from Black naturalists!

Ornithology (the scientific study of birds) caught my attention during my junior year of college, when I started going on, and eventually co-leading, weekly bird/nature walks around campus with one of my professors. Once I started becoming more in-tune with birds, I would watch them all the time, including on my short bike commute (I’m surprised I didn't crash more than once), out the window of the library, and on runs! I volunteered at an avian wildlife rescue center in the summer of 2018, and that’s when I really realized I had so many questions I wanted to get into scientifically so that I could begin to try and have a larger-scale impact on conservation. I became particularly enamored with a little woodland bird called the Brown Creeper while conducting original research for my undergraduate thesis on another favorite bird of mine, the Pacific subspecies of the White-breasted Nuthatch. My favorite attribute of the Brown Creeper, besides the uniquely cute and discreet way they creep up tree trunks, is their affinity for snags (dead trees that are still standing) because what we see as ugly and potentially dangerous, is where creepers go to dine on insects and raise their young. 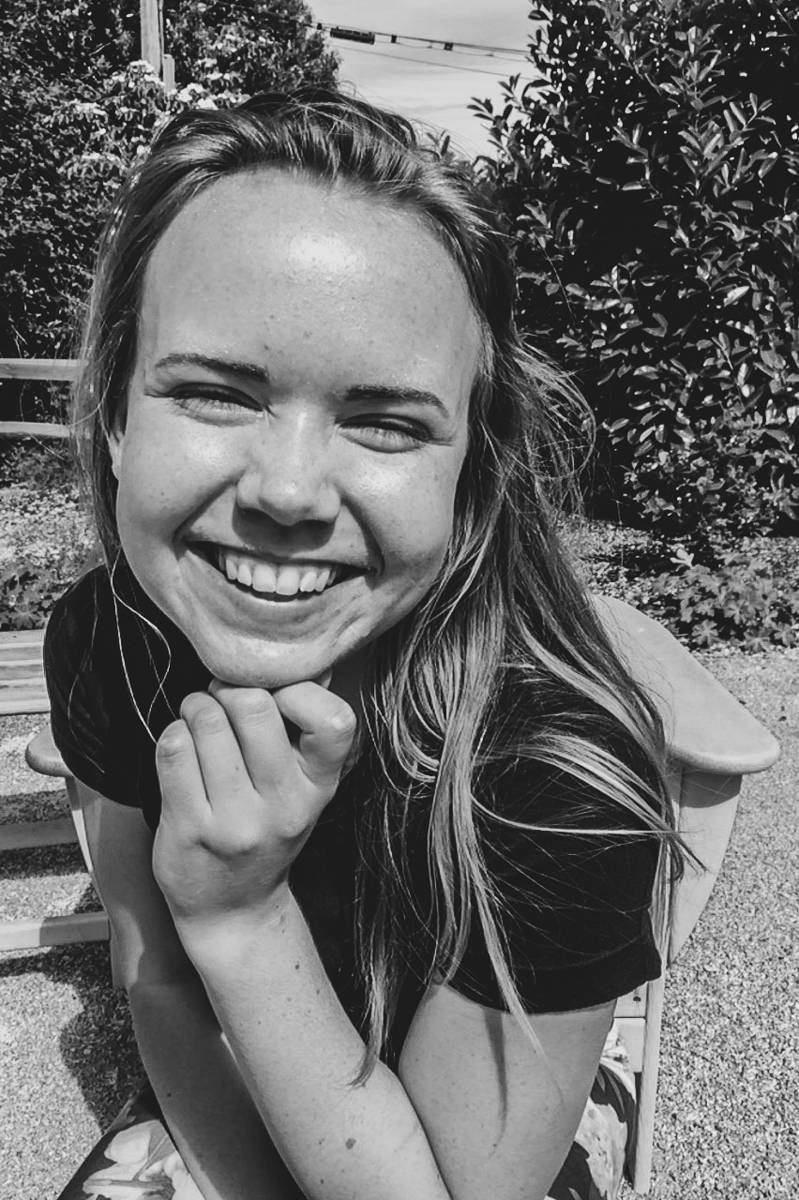 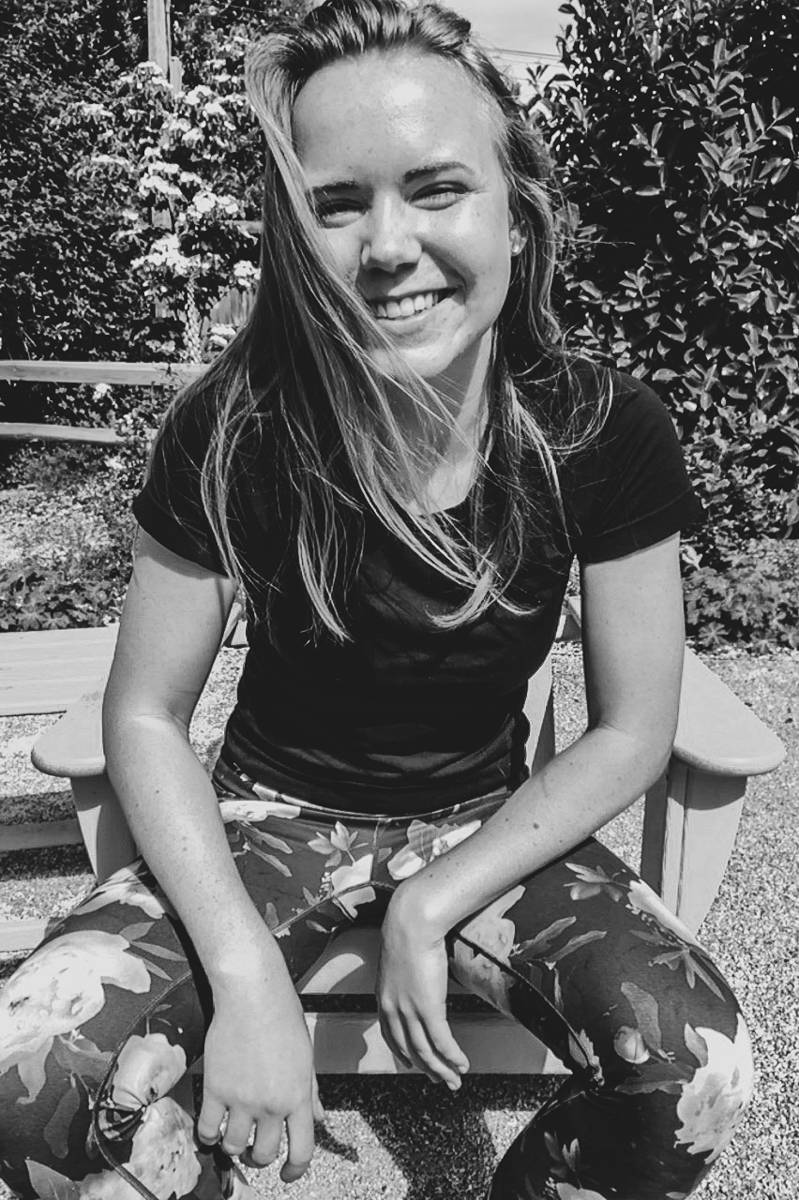 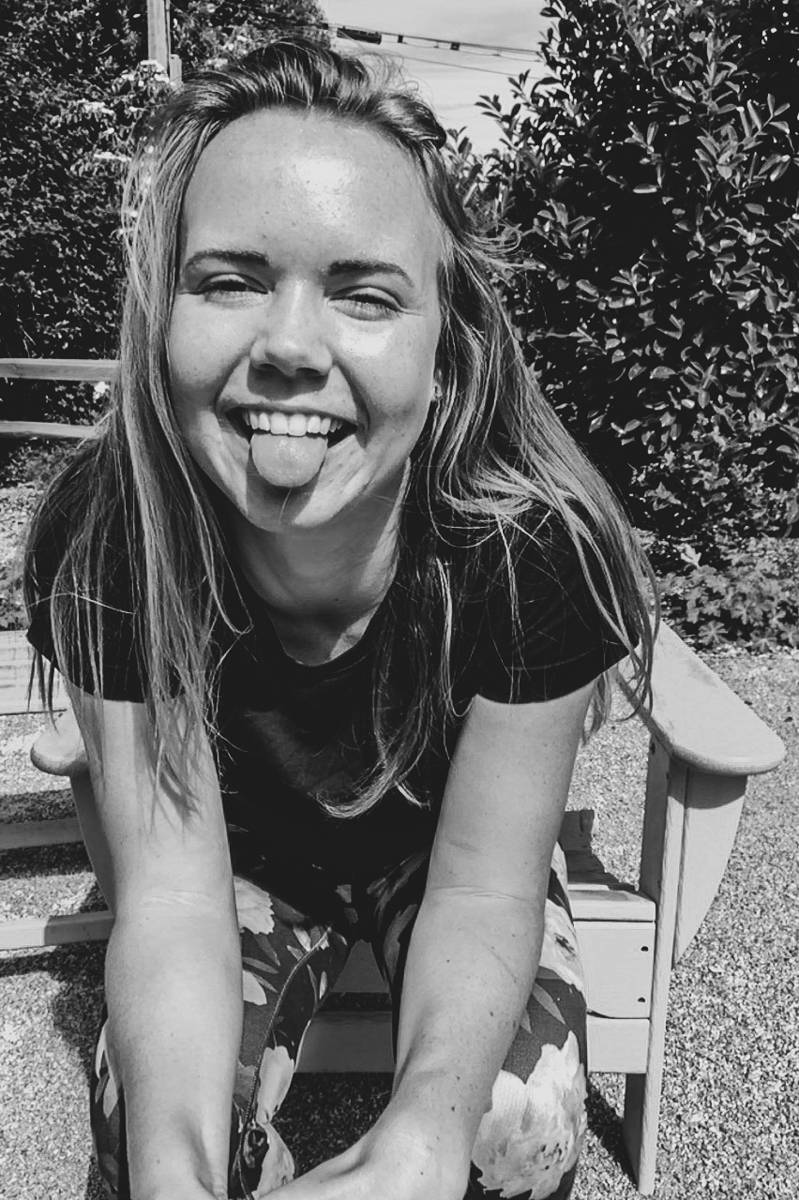 If you could pick up a new skill in an instant, what would it be?
Oh no I can't pick just one! I would instantly be fluent in R. Or sail a small sailboat solo. Or be able to rock climb well (actual rocks).

How do you like your eggs?
Hatched! Ha ok, also fried. Or baked into chocolate chip cookies.

What's something you want to do in the next year that you've never done before?
I want to prepare a bird study skin museum specimen.

Who had the most influence on you growing up?
Looking back, I’m pretty sure it was my younger sister, Catherine. It is with her that I’ve probably made the most mistakes, and learned over and over how to make up, move on, and have fun along the way.

If you had to delete all but 3 apps from your phone, what would they be?
Spotify, Merlin Bird ID, Google Maps. I still get to text and take photos though, right??

Do you have a nickname?
Princess. Solely because my hair was super long and wavy freshman year of college but it stuck among some friends.

Is there anything else you'd like us to know?
Why birds matter and what you can do to help here and here.
More than 1 in 4 birds has disappeared in the last 50 years. Despite knowing this, protections for birds contained in the Migratory Bird Treaty Act were slashed earlier this year (read more), which is one of the many reasons it is so important to vote, if you are able, for the people you want making decisions like these.

Wonderful interview Hazel. I’m still playing the tape In my head of spending time with you, mr owl 🦉and the brown creeper. Can’t wait to do more birding with you!

Oiselle- I can only imagine the cover letter from Hazel-“ I love birds and have a talent in marketing and technology! “I appreciate the blog format and it aesthetic . I don’t think there could be a more apt metaphor for Hazel and her future endeavors. “Heads up wings out! “

What a lovely tribute to a fabulous person. Hazel-I’m so proud of all you have done and I’m so glad I have been able to know you along the way. I especially appreciate hearing how you are running to so many wonderful things right now.

What a beautiful story and what beautiful young woman. Hazel guess who has a small sailboat set up for single handed sailing??? And raring to go as well.

What a great blog! I learned many new, interesting things about one of my favorite people in the world….Hazel Carr.