It’s been quite a month ... actually, more like five years for Kara Goucher. When we met her in early 2014, Kara had already begun testifying against illegal practices she observed during her time at the Nike Oregon Project (NOP). We knew it weighed on her. All the time. There would be waves of stress brought on whenever a new portion of the investigation started: When the Pro Publica report came out in 2015; when she was interviewed immediately after getting 4th at the marathon Olympic Trials in 2016; when she testified in 2017; when the United States Anti-Doping Agency (USADA) found against NOP in 2017, but the case immediately went to appeal. Kara would often be lectured by strangers, “If there was something illegal going on, we would know about it by now.” But she had no choice but to wait on the official process. And now, finally, she can be open about it. We collected some of the best reporting (below) on Kara’s work with USADA and her feelings on the investigation. Good reading if you want to understand the inside workings of our sport.

We see you, Kara. Speaking up is not easy. You never wavered in your commitment to see the process through, even though that work took a heavy toll. We thank you, our sport thanks you, and you deserve an amazing podium retreat this weekend with your women! Sending you all the love. 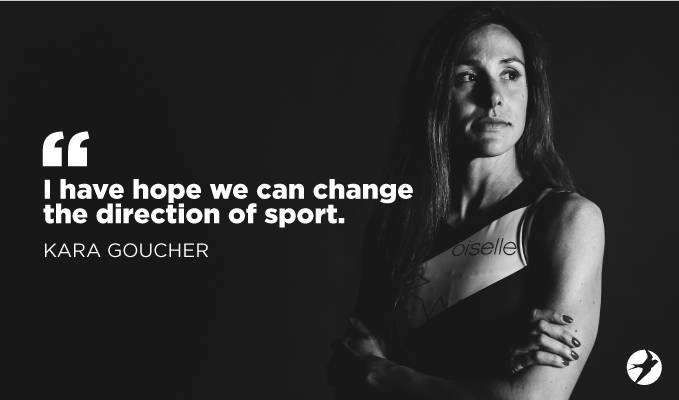 “I first saw things that made me uncomfortable eight years ago and went to the FBI in 2012 and USADA in 2013. It's been such a long process and it's really worn me down, has affected my running and it's been very difficult. It was worth it anyway because I felt by staying silent I was enabling them to continue, but to actually see them banned just gives me hope that people will feel strong enough to come forward and that we can work hard together to clean up our sport.”

“One of the things that held me back from ever talking about it is because I knew if I did, everything I accomplished, people would never believe it was real. That will keep you quiet, when you know you walked the line and you did everything right. You don’t want people to question what you did or have to defend it. That’s very emotional for me, because I know what I did. But also, if I worried about that, I would have never come forward. I would have never had joined forces with USADA, I would have never testified, and maybe we wouldn’t be where we are right now. I had to stop worrying about how other people would judge my career and I had to worry about how I judge myself. Staying silent made me complicit—it made me part of the problem, not part of the solution.” 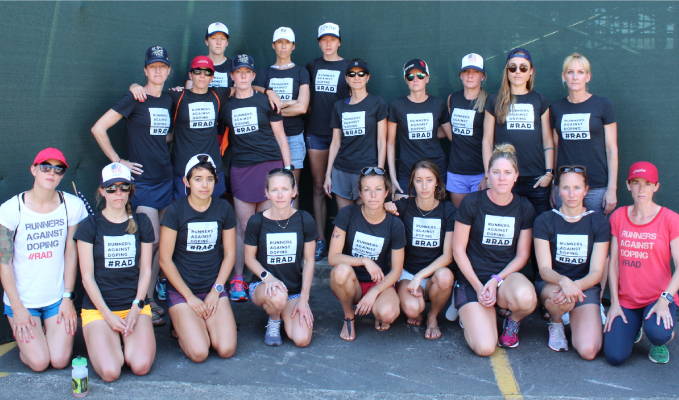 “Goucher reached her breaking point during a comeback after the birth of her son. She said Salazar advised her to see Brown, the Houston endocrinologist, to get Cytomel, a prescription thyroid medication that he said would help her lose weight. When she resisted, he got a dose of the drug from another runner and tried to give it to her. That put her over the edge, she recounted in her testimony.”

Clean Sport Collective Podcast: Hear from Kara in her own words! Very powerful. 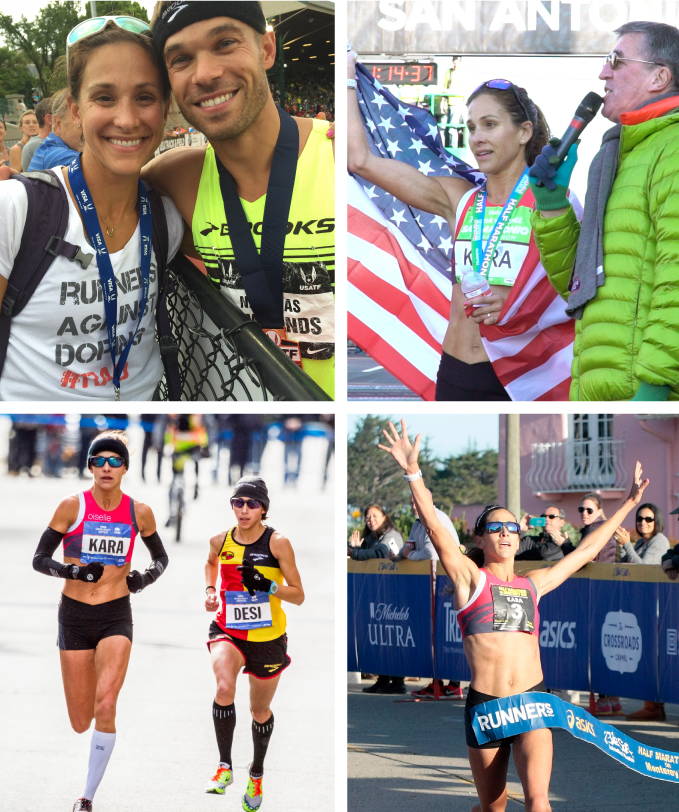 “It's not a conviction on everything we felt like he was guilty of. But it's definitely a really, really big first step and it sends a strong message that USADA is taking this very seriously and they don't care how powerful you are,” she says. “If you're breaking the rules, they're going to continue to pursue it."

Kara’s comment: “Feeling relieved that no more athletes will have to wear this shameful uniform. But [CEO] Parker can’t have it both ways. You can’t support clean sport and still defend Salazar.”