Eugene always brings the heat! And the 800m is near and dear to our hearts. This year, we're cheering hard for Rebecca Mehra, Kendra Chambers, Angel Piccirillo and Sadi Henderson. Their strength and fire has been incredible. And as their races unfold, we're reminded of a story from our last Trials...

It was five short (and very long) years ago, on July 4, 2016, here in Eugene. The best and fastest athletes in the nation… ready to take their shot. Already at the edge of their seats, tens of thousands of fans were there to bear witness; to talent, to effort, to the brutally selective process of forging Olympic Teams. Only the top three would go to Rio.

Considered by many to be a long shot, Oiselle-sponsored Kate Grace was in the field and on the line. Up in the stands, our crew of friends, family, and staffers were 30-40 deep, excited, and poised for two laps of fire. The gun cracked, and the athletes shot forward. After a lap and a half, there wasn’t a clear leader. At the final turn, the athletes were still bunched. And then — a devastating crash. Alysia Montaño and Brenda Martinez, two of the favorites, tangled and fell to the track, unable to recover.

From inside the rail, Kate, who had been boxed in moments ago, surged. Her legendary kick took her past the remaining competitors and across the tape for the win. She had just made the Team and was GOING TO RIO (!!!) It was at once unbelievable and completely believable. And in a way that only sports can do, entire lives changed in a flash. 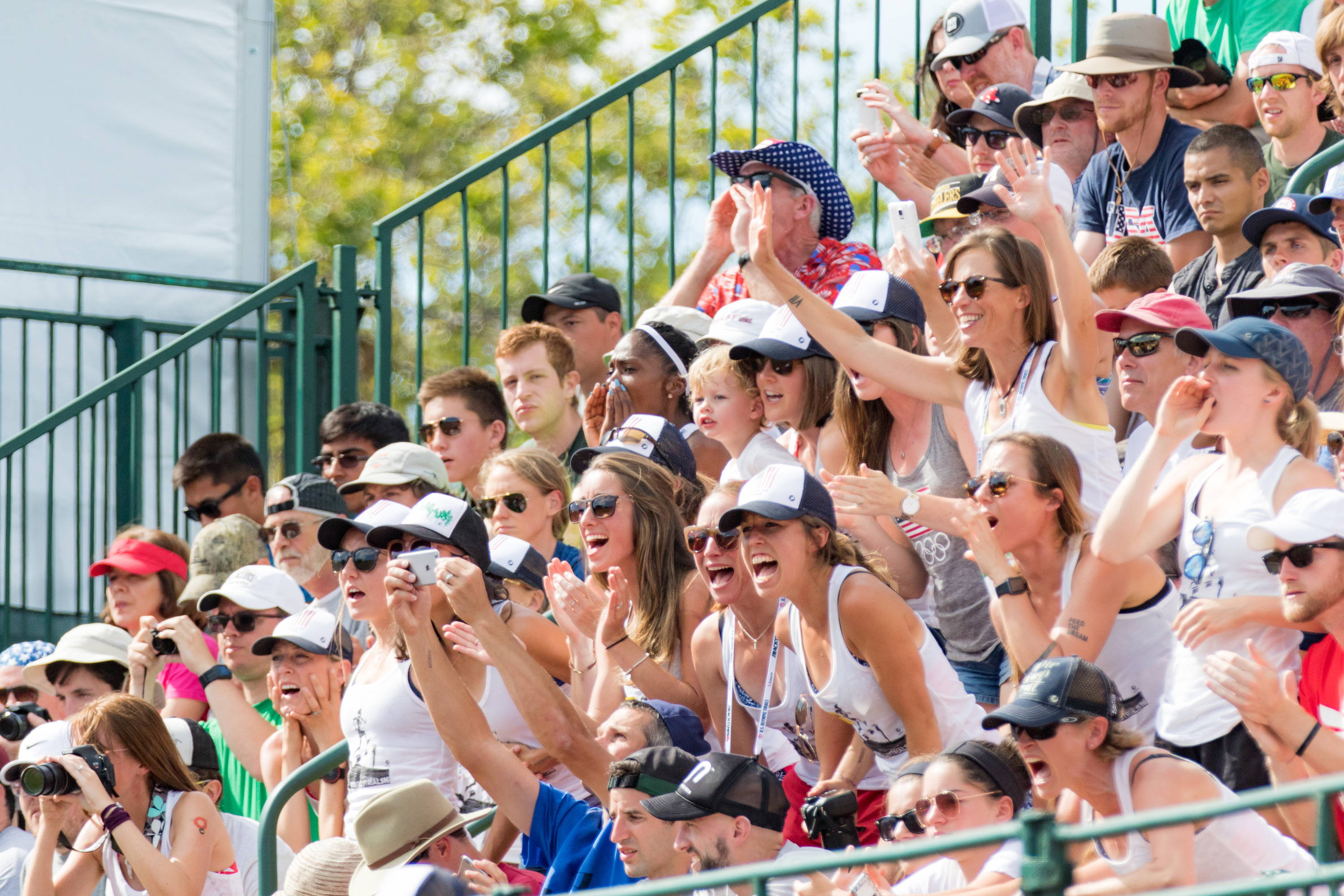 The Oiselle crew at the 2016 Olympic Trials

That day was Kate’s day; a win that culminated four years’ worth of hard training and a million small sacrifices the public would never see.

On the Oiselle side, it was the highest possible return from a risky investment. Risky, not because we didn’t believe in Kate, but simply because every penny counts for a small startup. And, unfortunately, USA Track & Field (“USATF”) and the United States Olympic and Paralympic Committee (“USOPC”) have made it almost impossible for sponsors like Oiselle to get any kind of meaningful visibility (more on that in a minute). But on that hot day in 2016, it was glorious. It was the underdog winning the Super Bowl. A Cinderella story; no prince required.

Up in the stands, we lost our marbles. We screamed, cried, shook each other, hugged Kate’s parents, we took a bajillion photos. We made a big scene. After four years of supporting her through all the ups and downs, this was a collective day of joy and celebration. A moment to shine. And shine we did: posting her winning photo on Instagram where Kate was all aglow, flowers in hand.

But on that hot day in 2016, it was glorious. It was the underdog winning the Super Bowl. A Cinderella story; no prince required.

A few hours later, the USOPC would come for our shine. Shortly after posting the pic, they sent us a cease and desist message, asking us to take down the photo of Kate. They claimed that by sharing her winning moment, we were infringing on the Olympic and Team USA trademarks (shown on her race bib). This, despite the fact that, as her sole sponsor, we had indeed given her the resources to train full time and make the Olympic Team.

We negotiated and wrangled and involved attorneys — and kept the photo up. But the truth of the system sank in: while Team USA was fine with providing little to no financial support in an athlete’s four year runup to the Trials, they would seize it all once the top three crossed the line (while kicking the athlete’s personal sponsor to the curb). They fund the Olympics, not Olympians.

Deep breath. As we look back over the past five years, on the cusp of a new Olympics in Tokyo, our 2016 experience burns fresh. Because the situation for athletes and sponsors hasn’t changed much. It is a system that creates a lose-lose scenario, not only for athletes (who are woefully underpaid and then spit out when the Games are over), but also for small sponsors that want to enter the arena, especially those that have been historically marginalized from sports and sports business. 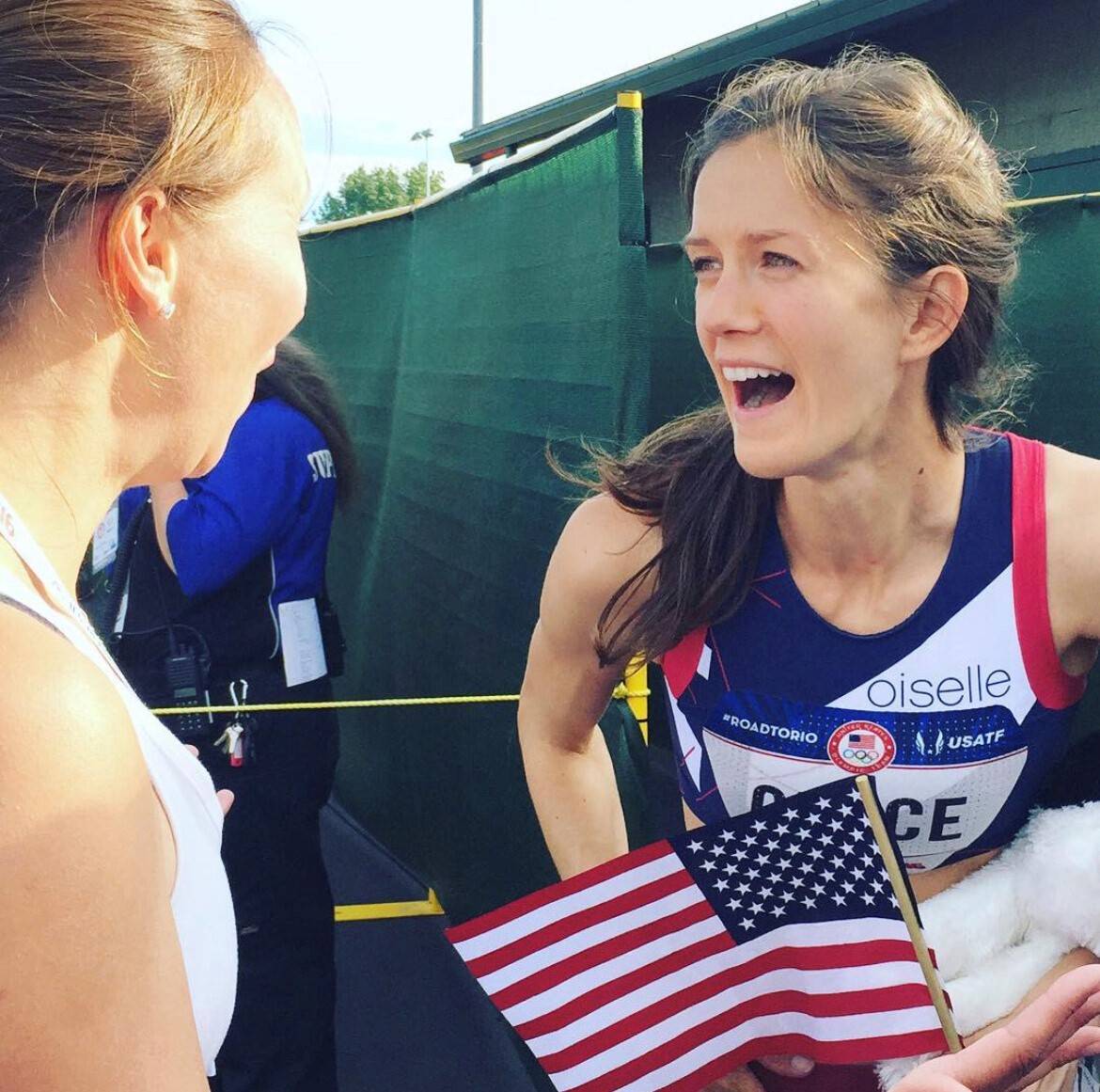 In 2021, these practices seem more out of step than ever. As much of the world shows its readiness to fight for justice — whether it’s Black Lives Matter, trans inclusion in sports, or as with Naomi Osaka, advocating for mental health, the Olympic organizers and governing bodies have only clamped down harder. Among many other limitations, Rule 50 currently prohibits Olympians from speaking out against human rights violations.

How can we celebrate athletes without celebrating athletes’ rights? How can we embrace the Olympics’ biggest moments when we discredit all the small steps it took to get there? How can we champion fair competition when we ignore the humanity of the competitors?

How can we celebrate athletes without celebrating athletes’ rights? How can we embrace the Olympics’ biggest moments when we discredit all the small steps it took to get there? How can we champion fair competition when we ignore the humanity of the competitors?

Olympians are the heart of the Olympic Movement, which — for the Summer Olympics alone — is estimated to bring in $3-4 billion dollars, mostly in media and sponsorship agreements. Until athletes are supported, protected, and compensated in line with the value they provide, it’s not a just system.

As a sponsor of Olympians — past, and what we hope will be many in the future — Oiselle will continue to advocate for change while never diminishing our love and support for the athletes who are working hard to get to the top. We’ll do as much as we can, and hope that — someday — the Olympic Movement will too.