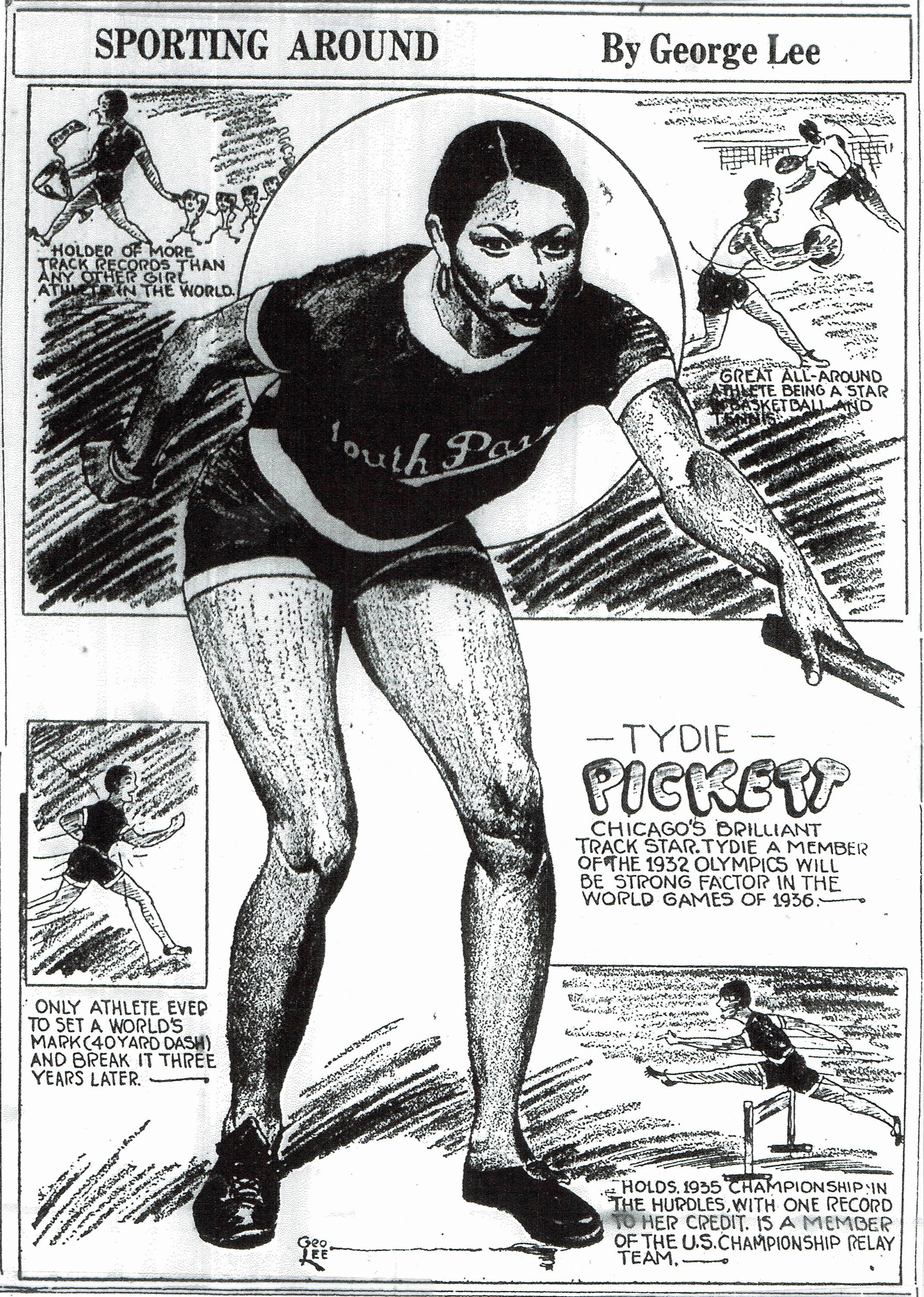 Tidye was born Theodora Ann Pickett in 1914 on Chicago’s South Side. Parents Louis and Sarah were a foundry foreman and a factory clerk, respectively. She also had an older brother, Charlie.

She started her athletic career running in her local parks district, where she also joined her first track team. During her high school years, Tidye attended an integrated school that was about 1/3 Black. Chicago high schools did not sponsor intramural track for girls, so she continued to run in parks programs. In 1934 Tidye tied the 50-yard national indoor record and made the news.⁣

She also played basketball and excelled at it, both as a player and a team leader. Then the Union Church League eliminated the women’s basketball class (and neither of the 2 men’s classes).

Based on race times in late 1931, Tidye was selected to join the U.S. Olympic Team for the 1932 Los Angeles Games. While on the team’s journey by train to LA, Tidye and fellow Black teammate Louise Stokes were not invited to team events and left to eat meals in their rooms.

Some members of the team (athletes and officials alike) were openly racist. Babe Didrikson in particular was outright hostile to both Tidye and Louise. At one point, Babe entered the train compartment of a sleeping Tidye and dumped a pitcher of ice water on her.

In 1984, Tidye said of Babe, “I suppose I shouldn’t say anything, because she’s dead now, and at peace, I hope. But it was prejudice, pure and simple.”⁣

In the same interview, Tidye recalled her experience with the 1936 team (“It was better in 1936 than in 1932. The coaches and all of them in charge were different in 1936, and they were nicer to us.”) and spectating after injuring her foot in the semi-finals of the 80m hurdles: “Hitler had an excuse to leave the booth every time Jesse [Owens] won another medal."