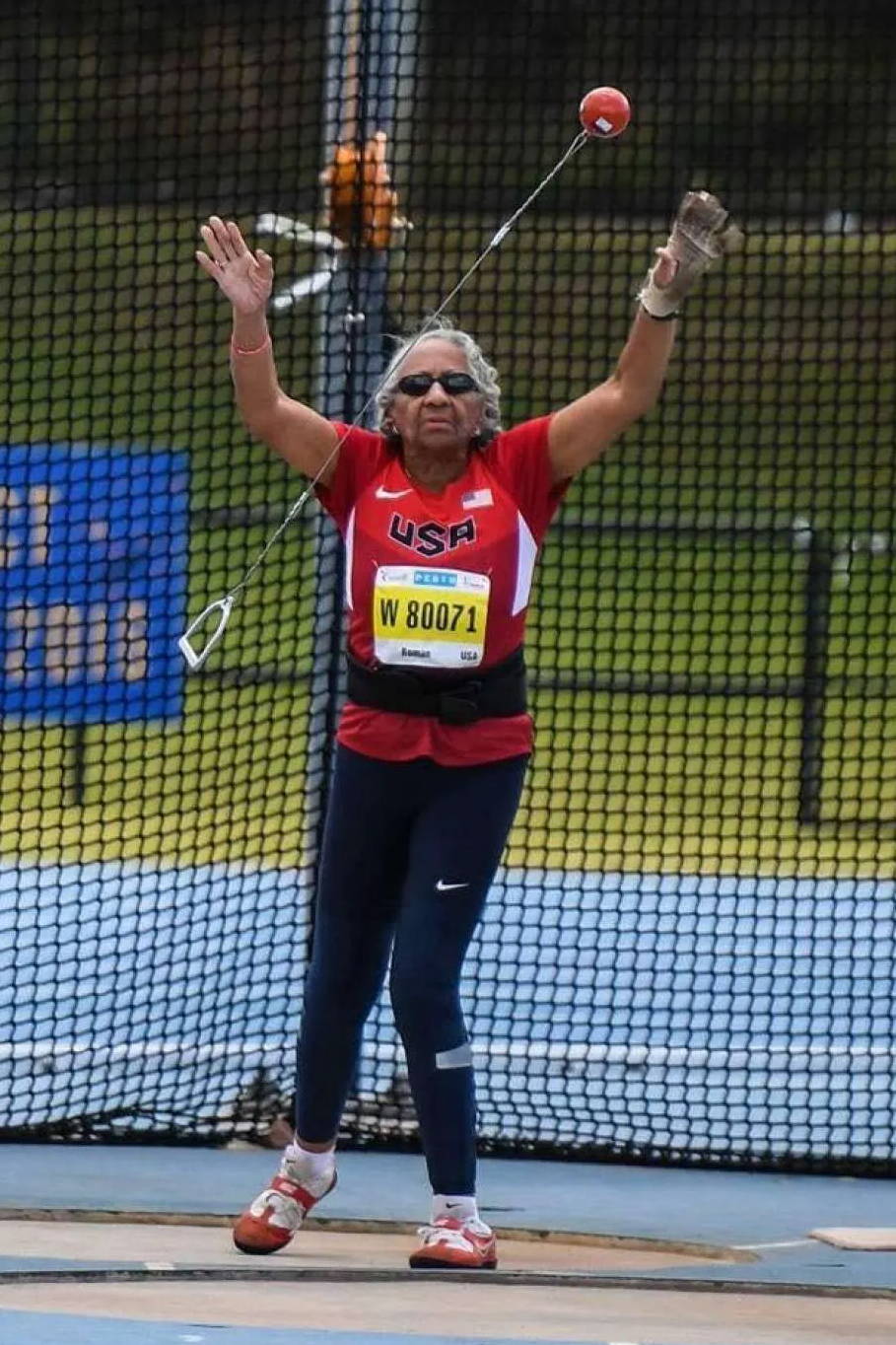 EARNED OVER 300 MEDALS IN ATHLETIC COMPETIONS FROM AGE 55

Mary Barboza Roman was born in 1935 in Pittsfield, MA, and grew up in Stockbridge, near extended family members. Also living there at the time was Norman Rockwell. Several of Mary’s cousins posed for Rockwell paintings, most notably cousin Lynda Gunn, the model for Ruby Bridges in his famous painting, “The Problem We All Live With.” One of Mary’s sisters stands in the front row of “The Golden Rule.”

Mary had polio as a young woman and took up horseback riding to strengthen her legs. It must have worked, as Mary participated in all three sports Williams High School had for girls at the time: softball, basketball and cheerleading.

In 1953, Mary began attending Springfield College and played several intramural sports, and also met Granville Roman (track and football). They married and had five sons together, raising them in Norwalk, CT. Family life won out over sports for a time, as did career (35 years in banking and 8 as the City Clerk of Norwalk).

Granville entered the Connecticut Senior Olympics in swimming in 1987, and Mary followed when she was eligible, in 1991. She started qualifying for National and World Senior Games, as well as the USATF Masters Championships. She had a coach just once, in 2013. (She needed some help with the javelin.)

After Granville’s death in 1999, Mary continued training and competing. She joined the Mass Velocity Track Club, which was built around masters athletes. Over the course of her lifetime, she earned over 300 medals in athletic competitions, starting at age 55.

When not participating in track and field herself, Mary cheered on her athletic family as they competed (her sons, and later, her grand- and great-grandchildren).

Just a few weeks before her death of complications of the coronavirus, Mary was healthy, practicing the shot put, and raising funds to compete at the 2020 Masters Games in Australia.