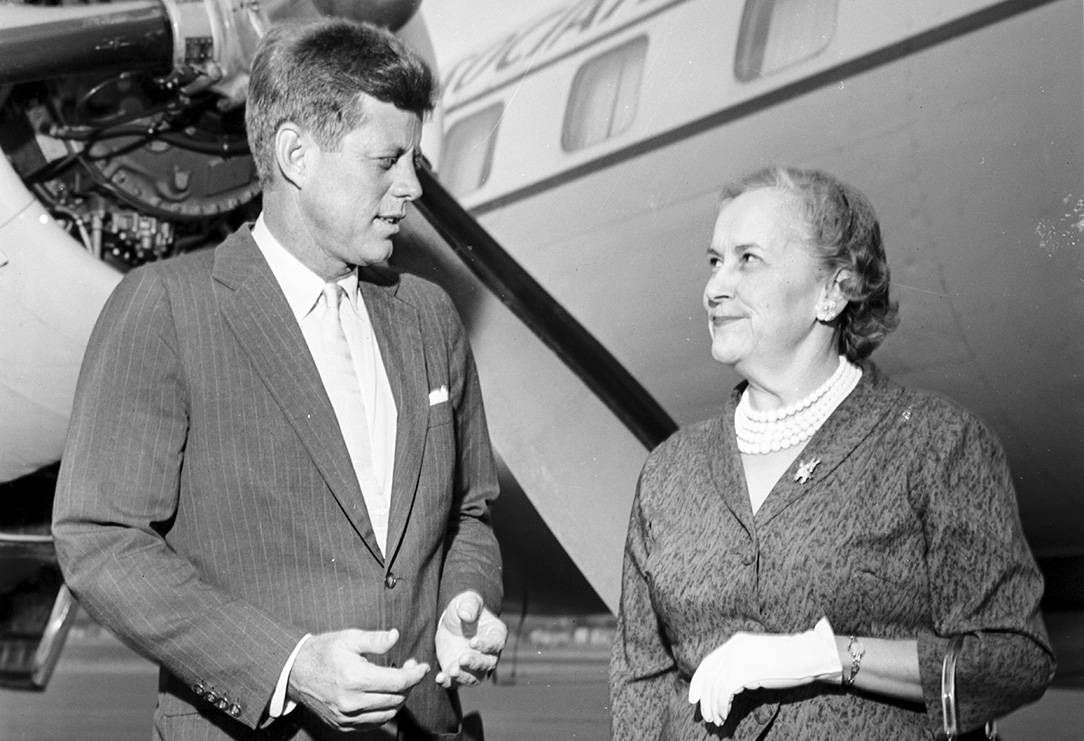 SECOND WOMAN TO BE ELECTED TO THE U.S. HOUSE OF REPRESENTATIVES

Edith was born in Trent, SD in 1910, and her family eventually moved to Salem, OR where she would graduate high school. Her college years were also spent in Oregon, earning both a teaching certificate and a bachelor’s degree in education and English, the latter from the U of Oregon. She taught for 11 years before moving on to doing work for the Oregon Education Association.⁣

In 1952 Edith ran for the office of Secretary of State. She lost that race to the Republican incumbent, but then ran to represent Oregon’s 3rd Congressional District in the US House of Representatives, and won. She would hold the seat until she retired from it in 1974.⁣

During her time in the House, Edith was known for her work in education policy and equal rights for women, particularly earlier in her career. She was also one of the few reps who showed early opposition to the build-up of troops in Vietnam and voted against President Johnson’s request for more funding in 1965.⁣

The Civil Rights Act of 1964 covered a lot of ground but did not not prohibit sex discrimination in federally funded educational institutions. Title IX came about to remedy this.⁣

We know Title IX today more for its effect on sports in schools, but the legislation covers much more (financial aid, course offerings, student insurance benefits, employment, and housing, for example). But for decades now most opposition to Title IX has been on the athletics front. Multiple bills and resolutions attempted to remove the effects on athletics, or exclude revenue-producing sports. The NCAA challenged its legality. The Supreme Court ruled that athletic departments were not covered, which was reversed by the Civil Rights Restoration Act of 1987 (over President Reagan’s veto). And this is just in the first 15 years of Title IX!

Edith Starrett Green, by Phil Cogswell, The Oregon Encyclopedia (originally an obituary for The Oregonian), April 23, 1987