Ever wonder who’s behind all those witty social comments on our Oiselle social media? Meet Rebecca, otherwise known as Lilsheba, a nickname that’s followed her since high school, talk about longevity. Rebecca is a master with the written word. Her wit, care factor, and love of Oiselle and the sport of track and field comes through in 280 characters or less, which in itself is amazing, but who is Lilsheba outside of her Twitter bio:

Twitters for Oiselle / Plays Zelda with her boys / Blogs for Ravenna / Be brave and free, or be wing clipped and grimed.

Welcome to a new and ongoing series at O called Who Is. Who are the people behind this mighty bird machine, but more importantly who are our local activists, runners, neighbors and people who make up our amazing community? We’re equally excited to meet more amazing people and capture a mini chapter of their lives just as they are. So what do you say friends…shall we get started?

I got back into running again regularly around age 39 (yup, I saw 40 coming up and thought “I gotta move it or lose it”). During that same return to running year I learned about the Flock (now known as the Volée). I wanted to join immediately but promised myself that I needed to make the running thing stick first. And that’s how, in September 2015, at the starting line of my first half marathon, I wore the singlet for the first time. I finished in under two hours. (Singlet magic is real, y’all.)

Once the Oiselle Flagship Store opened (a mere ten-minute drive from my house, be jealous), I started attending Thursday Night Flight Club. I had the good fortune to attend one of Lauren Fleshman’s Wilder Running and Writing Retreats in 2017, and it was through that experience I really learned to let the pen fly. Later that year I wrote a piece for Runway Slam. And then in 2018, after a particularly excellent string of witty tweets, a woman named Sally wondered if I might like to work for a local women’s running clothing company. The rest is herstory.

Why social media and Twitter in particular?
I joined Twitter back in 2009, not long after I started my neighborhood news site. As a naturally curious person who was at home a lot with a small child, I found that it connected me to the rest of the world in a far more interactive way than the internet had ever offered before. On Facebook you could see what your relatives and high school friends were up to, but on Twitter you could see what Neil Gaiman was up to. (And I could do it all while trapped under a napping child!)

What’s your earliest recollection of you coming into contact with the world of running or sports for that matter?
My running “career” started in 7th or 8th grade. My middle school had a very active track team. We traveled to other nearby middle schools for meets, and our home meets were on our high school’s track. I usually ran the 200m and the 4x200 or 4x400 relays. I love curves, what can I say?

My favorite personal sports moment came during a 4x400 relay during one of those home track meets. I caught up to a runner in front of me and flew past her at the end of the last curve, and she was so surprised she said a bad word.

We live in a world of immediate gratification. With that in mind, there are still jobs, skill sets and professions that take time to master. What has taken you the longest to get good or decent at?
I do love to work something to death. I’ll fiddle with my writing too much: over explain myself, worry, get good and anxious about outcomes. But in the last year and a half I have gained a lot more confidence in my writing and my ability to find the heart of what I’m trying to say. Sometimes I can find it right away, and other times I write a whole bunch of nonsense, walk around my house a bit, then come back to the piece with my mental word machete and hack all the nonsense away.

What’s it like raising boys?
I will admit that before I met my boys, I kind of wanted a daughter. A Me 2.0. But I’m glad I had boys. I now have the opportunity to help raise the men I wanna see in the world. 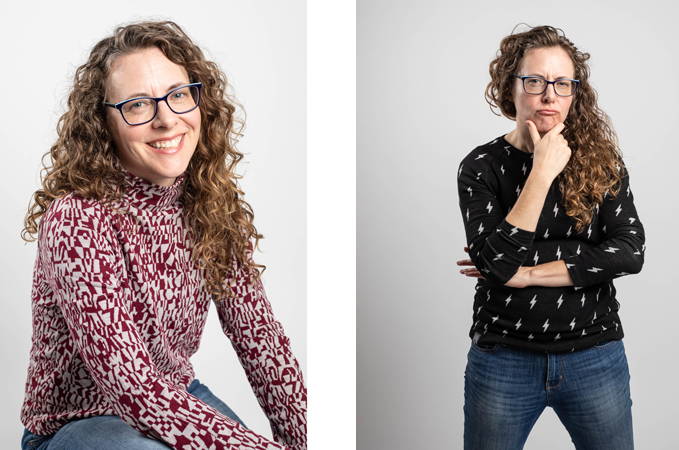 Now for the real hard hitting questions. I tell you what friends, these small details will tell you more about a person than their resumes.

Is cereal soup? Why or why not?
In terms of classifying cereal’s physical nature as bits in a liquid in a bowl to be eaten with a spoon, I would say yes, cereal is soup. But if you invite me to your house for soup dinner and you present me with a bowl of cereal, we’re gonna have a talk.

What do you think about tattoos and do you have any?
I love tattoos. On other people. I have ideas for two for myself but will probably never pull the trigger. I love this line from “Anthem” by Leonard Cohen: “There is a crack in everything, that’s how the light gets in.” Maybe it would look nice on the inside of my left arm. Or maybe those words are so woven through my life’s experience that they already reside in every cell of my body. (I still think about doing it, though.)

What’s the closest thing to real magic?
Humans doing good, together. Particularly when it happens between strangers, in an unexpected moment.

What’s your superpower?
I enjoy speaking in front of large groups of people.

Before we close, what’s the one thing you want people to know about you?
Behind every brand’s social media channels there are real people writing those messages and answering your questions. Here at Oiselle, I am one of a team of women interacting with you all through our channels. I want you to know that when we say on social that we’re proud of you and believe in you and honor your story, we fucking mean it.

On a personal note, I'm honored to know and work with Rebecca daily and I think she's the bees knees. Thank you Lilsheba for being such an awesome human and kicking off our Who Is series.