A story of strength, sobriety, and sexual identity. Our Volée teammate Emily opens up about her history with alcohol - and how substance abuse can become a barrier to self-acceptance and love. We’re honored to share her story from our Volée Sobirds affinity group where sober folks gather virtually to share stories, strength, and favorite seltzers. 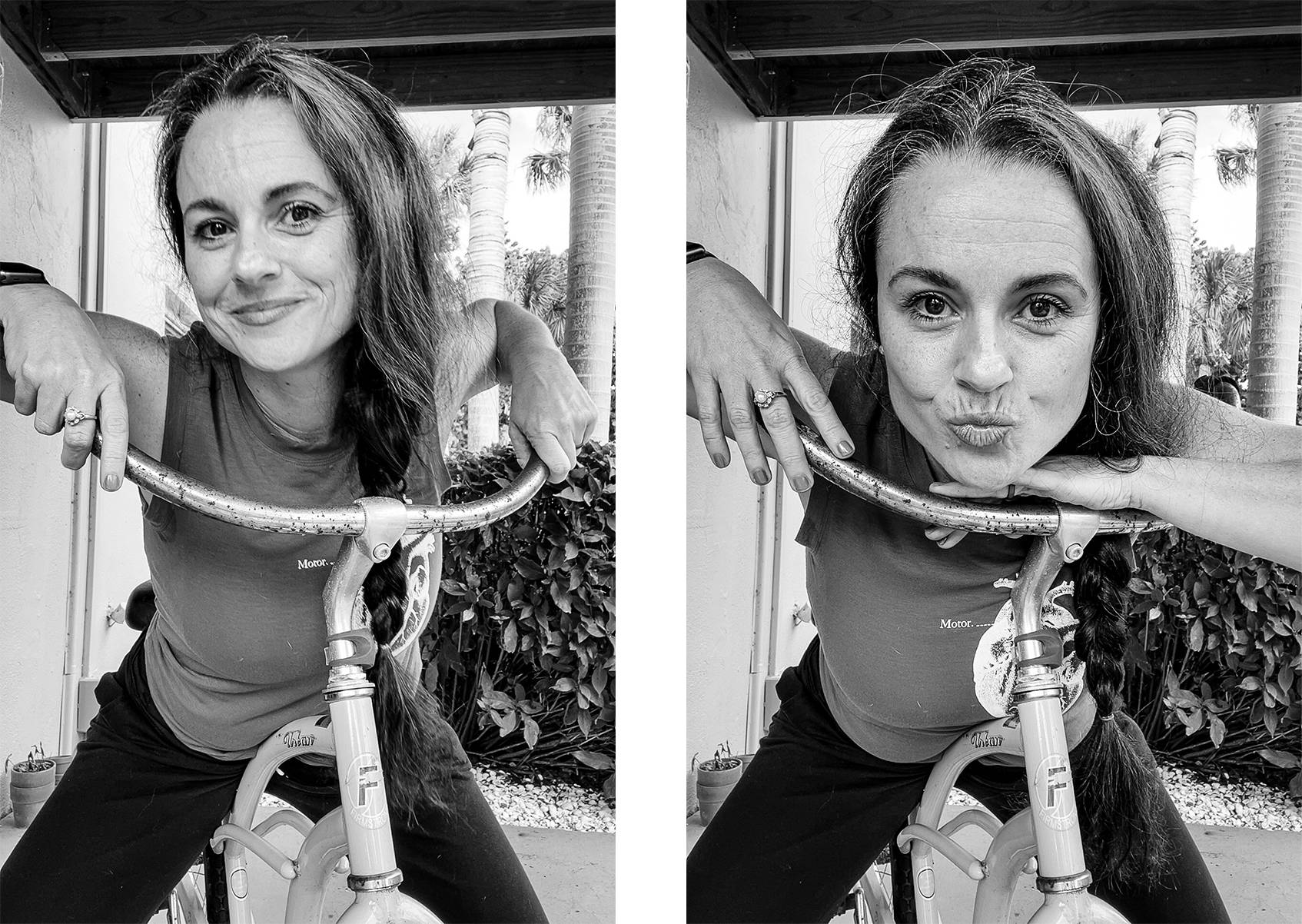 I knew how to numb multiple issues with a few different drinking regimens. The efficacy depended on my presentation.

The constant hum of anxiety? Rx: Samples from the handle of bourbon after work, daily.

However, there was one willful and persistent ache I could not fully treat for which a real and consistent relief never came. I was desperately trapped on the inside of what appeared to be a vivid and full-life on the outside.

I shamed myself for not being more alive, for not trying harder to resurrect.

The eventual cure was entropic and began on a night like many others.

On the heels of a proud interval of sobriety, I went on an ordinary date.

Every single thing was wrong and I knew it. I got carefully ready but didn’t fully commit. I didn't bother to dry my hair leaving it wet, a subliminal testament to the apathy and loathing I had for the charade.

I was to meet him to ride bikes along our city’s waterfront. From there, we would park the cycles and walk through an outdoor art festival.

I put my bike on the car rack before I got ready so that I could appear stylish and effortlessly capable. Despite the metric century rides I had completed in gear that called for pedals, chains, and endurance, I put on platform sandals that tied at the ankle to compliment the sundress I decided I could sweat through. After all, practicality clashed with my chosen performance.

Uncomfortable and determined, I parked my car, smoothed myself out, and mounted my bike. I placed my left foot on the leading pedal and promptly slipped due to the platform sandal’s lack of traction, leaving me with a large wound on my shin.

“You’re hurt”, he said when I pulled up at our meeting point. His assessment of the obvious rang true for the entire evening. I felt ashamed that I wasn’t drinking when he asked if I wanted a beer. I refused the food he bought for us to enjoy with my apologetic and insincere “No thank you, I am not hungry”.

Of course, the truth was, I had to deny myself. Wasn’t that what this was all about? Being with a man, downplaying my athletics, suffering in the name of heteronormative fashion? If this is what I had to do to somehow be happy, I would silence myself entirely.

I was embarrassed that I kept rolling my ankles as we attempted to walk the galleries in what was for me, impossible terrain. No one was having a good time.

Out of nowhere, he said that he had to leave. I watched as he rode away with a mix of relief and panic. I knew what had happened even if I’m not sure he did. It would be hard to ignore the interloping alarms I was setting off.

The disappointment got me back to my car where my soon-to-be passengers were the full spectrum of my feelings. I buckled us all in to meet my rock bottom.

I drove with a singular focus. I was going to drink. I called my mother as I needed an investor for this prescription. I asked her to meet me for dinner, even though I wasn’t going to eat as the pain was too acute. She paid the bill and I assured her I would get home safely.

Home means different things to different people. That night, home was a familiar dive bar where I could blackout. I don’t remember, but apparently, I got sick in the Uber that someone called for me at closing time. The driver laid me down on my doorstep where I woke up the next morning choking on my regurgitated medicine.

What happened next was atypical. I was so ill that I couldn’t work for two days. I did nothing but cry and clean up. Exhausted, I called my sister-in-law.

She let herself in and pushed aside the Diet Coke sitting on the counter to make room for the coconut water that she had brought. She was a busy mother and student. I was ashamed she was taking care of me now. I told her what had happened and the condition I found myself in on the front steps just a few days before.

She sat next to me in the spot I had laid in for days.

I accepted and entered into my sobriety, a dynamic period of recovery/discovery. That was almost four years ago and in that time, I have stepped into the hardest areas of my life.

If sobriety relieved the symptoms I had long treated with alcohol, the root cause of the malady would be addressed in my recovery.

In the initial alcohol-free months, I found comfort in a Methodist church using the familiar 12 steps alongside the bible in something called “Celebrate Recovery”.

From there, I decided that if I could survive being one of society’s most misunderstood populations as a non-drinker, there was little stopping me from finally embracing my sexuality.

Sobriety empowered me to illuminate the dark residence of my heart.

My initial attempts at dating women were met with varying levels of uncertainty. I was 40 years old and had never been in a relationship with a woman. This was unfamiliar and risky for those that I tried getting to know. I would become frustrated and felt like I didn’t belong anywhere.

I was sober, I was queer, and I had no credibility.

Sobriety’s peaks and valleys reflected upon the path to my fully-realized lesbian identity.

When I was asked to be a leader in Celebrate Recovery, I shared that I would be happy to take on such a responsibility but first needed clarification on how they felt about me being gay.

The answer I received was indirectly clear. That program had run its course in my life.

In January of 2018, I went to see Glennon Doyle and Abby Wambach speak about their sobriety, their politics, and their life.

I turned to my friend Hilary who accompanied me to the power couple’s home church in Naples, Florida. “You see that. The magic between those two? I want that. It’s palpable”. It was the first time I could truly see myself in someone else’s coupling.

At the same time, I began taking longer runs to sift through my feelings. I found a program that worked for me. My running shoes were my new prescription supplemented by an assortment of wisdom from the likes of Annie Grace, Sarah Helpola, and a legion of sober prophets for when things got dark. I questioned all of the constructs of recovery programming as we knew it.

I signed up for my first marathon in my favorite city in the world, New York. I trained and read, and fell in love. I found moments of being alive that were unquestionable. 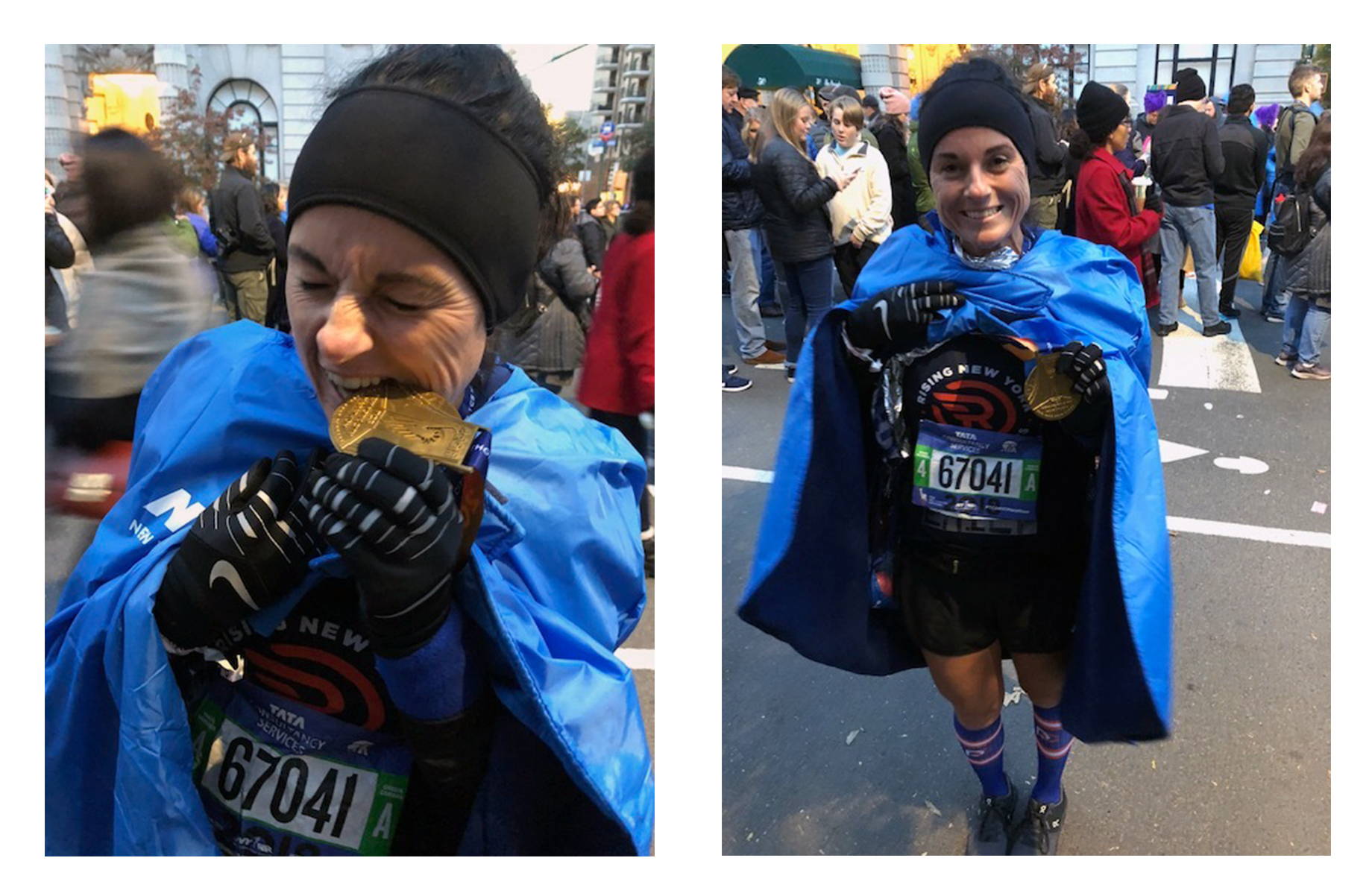 Haunting my own life, was over for good but feeling lousy was not. Being alive means you feel everything. Good and bad.

Sobriety, sexuality, and peace for that matter, are not sprints to be won. They are all marathons, things that take time to receive and understand.

Perhaps the biggest gift of discovery in sobriety is the community found.

Sarah Hepola says that we often think of our pain as singular and unique, but it is not. There are many of us out there, all in good company. Whatever that looks like, whether it is logging miles or logging into Zoom calls, we are finding each other.

Spaces where we encourage each other to have unique freedom in our sobriety. We swap stories about our desire to leave a trapped existence and relate to the brutality of it all.

I frequently stumble and need a remedy. Today, the treatment looks like movement, running, and inspirational reading. I can sense that sharing my own story is a salve.

I am no longer trapped inside a vibrant, full life that I cannot experience. I am perfectly and painfully present, here with you.