RUN WITH WHO BROUGHT YOU

Four years ago I sent an email that changed my life.

I was not a heralded athlete coming out of Stanford. Though many of my teammates were heavily recruited by agents and big name brands, I spent most of my college career in the stands, on crutches, and on the comeback trail. Needless to say, competition success was few and far between. When things came together for me in my final season of eligibility, and I ran a 6 second personal best in the 1500, I was left dumbfounded in how to pursue post-collegiate running. I had come to the conclusion years before that I wouldn’t be good enough to chase track goals after college, but with an inkling of promise I set out to prove myself wrong.

That summer I went to a track competition in Israel, where I met Sasha Gollish, a Haute Volée alum who I now consider a dear friend, and she encouraged me to reach out to Oiselle. 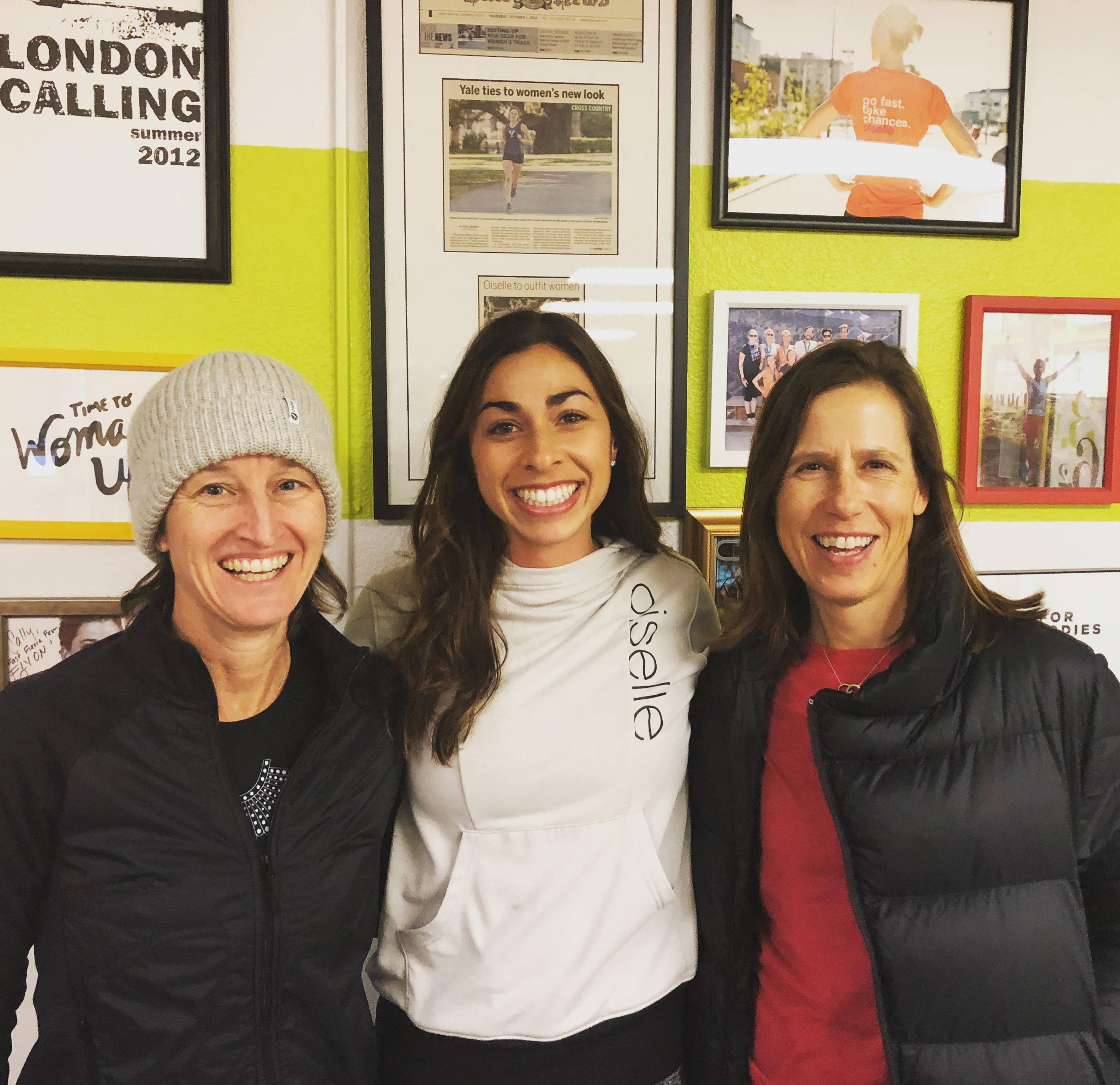 So full of nerves and anticipation I wrote a long-winded and descriptive email about why I felt my values aligned with those of Oiselle. And that although my race results were a bit scattered, I had much more racing left in the tank. After re-reading the email what must have been fifty times, with a shaky hand I clicked send.

Just an hour later I got a response: “Rebecca! I’ve been waiting for your email ☺.” I gleefully signed my first professional running contract with Oiselle, in utter disbelief that I had been offered one in the first place.

I spent that next year floundering. I changed coaches several times, and nursed a stress fracture for months. I tried racing that season, only to hurt myself more, and have my ass handed to me on the track. I showed up broken, unfit, and teary-eyed to the Tenacious 10 that April.

I immediately was showered with love and kindness from the Volée, and given necessary and positive direction from two women who would become integral to my success and newfound hope- Lauren Fleshman and Sarah Lesko.

That summer I joined Littlewing in Bend, OR, and for the second year in a row, Oiselle bet on me, when I arguably didn’t deserve it.

The last three years, nurtured by a health-first approach program, an intuitive coaching staff, and a wise and strong training partner to chase in Mel Lawrence, I improved. I stayed healthy. I ran personal bests in every event year after year. I have made Olympic Trials and US Championships finals, been on the podium at major races, and elevated myself to the upper echelons of American women’s middle distance running. Though I still think of myself as a dark horse, I now know I belong there.

I’ve traveled all over the US and Europe for races, and have met Volée members everywhere from Raleigh, to Des Moines, to Los Angeles, and even in Brussels, Belgium. Even when traveling and racing on my own, I feel backed by a team of women who show up for one another. And have continually showed up for me when I have needed it most. It was never more on display than at Olympic Trials this summer, where I had the largest and most animated cheering section. Seeing everybody in the stands carried me through my emotional week of five intense races. 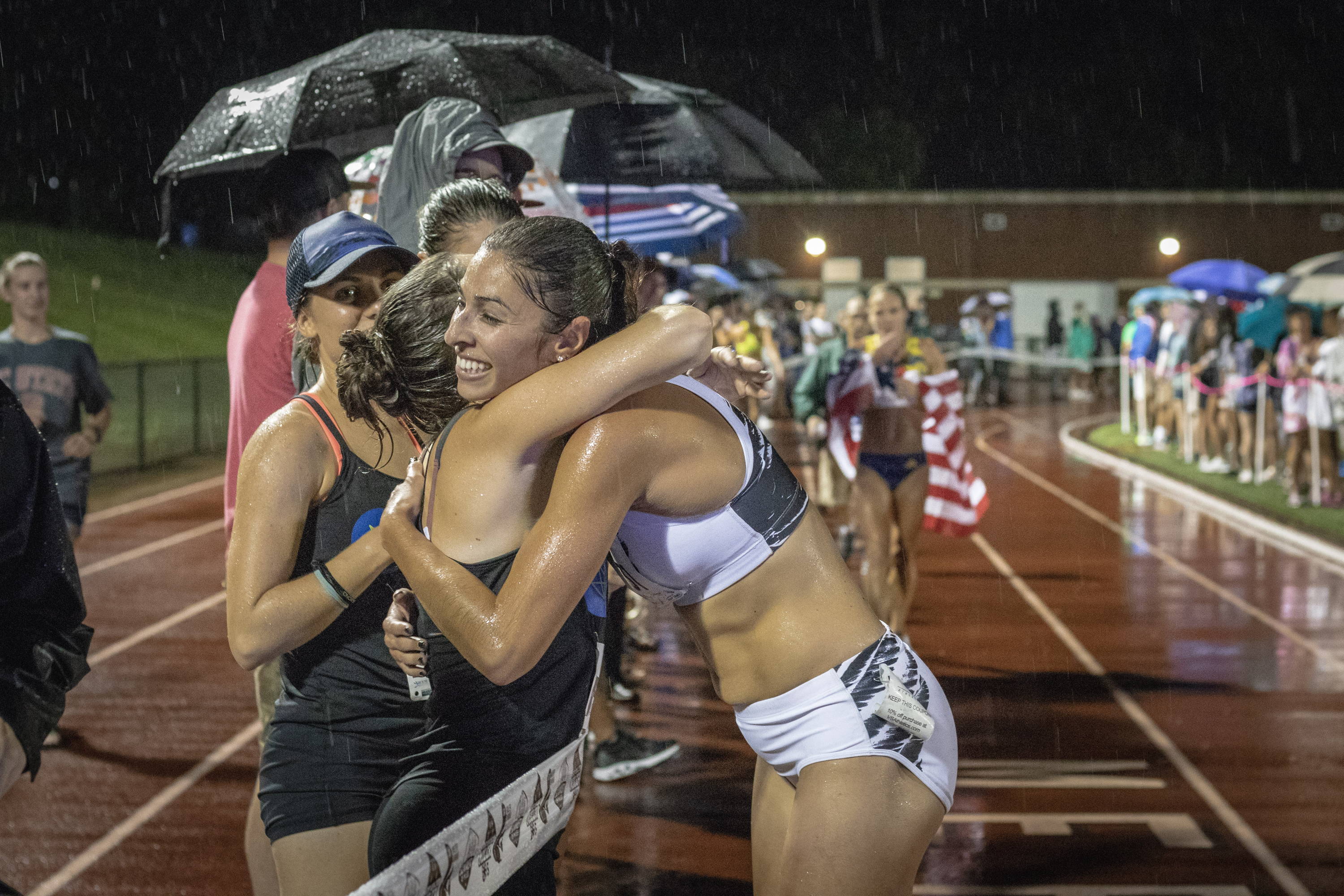 It’s no secret that Littlewing has been in flux this summer. With Lauren stepping away from coaching, many of my teammates have been thrust into making big changes. Though most needed time to process, I immediately knew what I wanted. Over time I have learned what works for me, and I want to continue to embrace that.

Four years ago I aspired to become a Oiselle athlete because I envied what the brand stood for. They signed Lauren Fleshman while pregnant in 2013, becoming the first company I knew of to stand up for maternity rights in athletics. They backed Kara Goucher through a long and arduous battle for clean sport and retribution. They gave athletes a chance who wouldn’t have otherwise had one to become professionals. Small and mighty, Oiselle and its fearless leadership were never afraid to stick their nose where it didn’t belong.

Over time I have learned what works for me, and I want to continue to embrace that.

Years later it’s the same tenacity and gumption that I admire, and so much more. The last three years I have dedicated much of my time to the city and community of Bend, in working to elect great public officials, and helping them to succeed. I have also begun to find my voice as a citizen-athlete. Oiselle has done the same. Creating amazing initiatives like Women Run the Vote and Bras for Girls, fundraising for Planned Parenthood, pioneering and leaning into difficult conversations about race, and so much more. It’s a brand that centers around its community of women and supporters, and something I couldn’t identify with more.

So the news: Jordan (aka Boo) and I are moving to Seattle! I signed a three year contract with Oiselle, through the 2024 Olympic year. I couldn’t be more excited to chase my dreams with a company who supports my crazy hopes, while bolstering their community and making the best damn athletic clothes in the business. 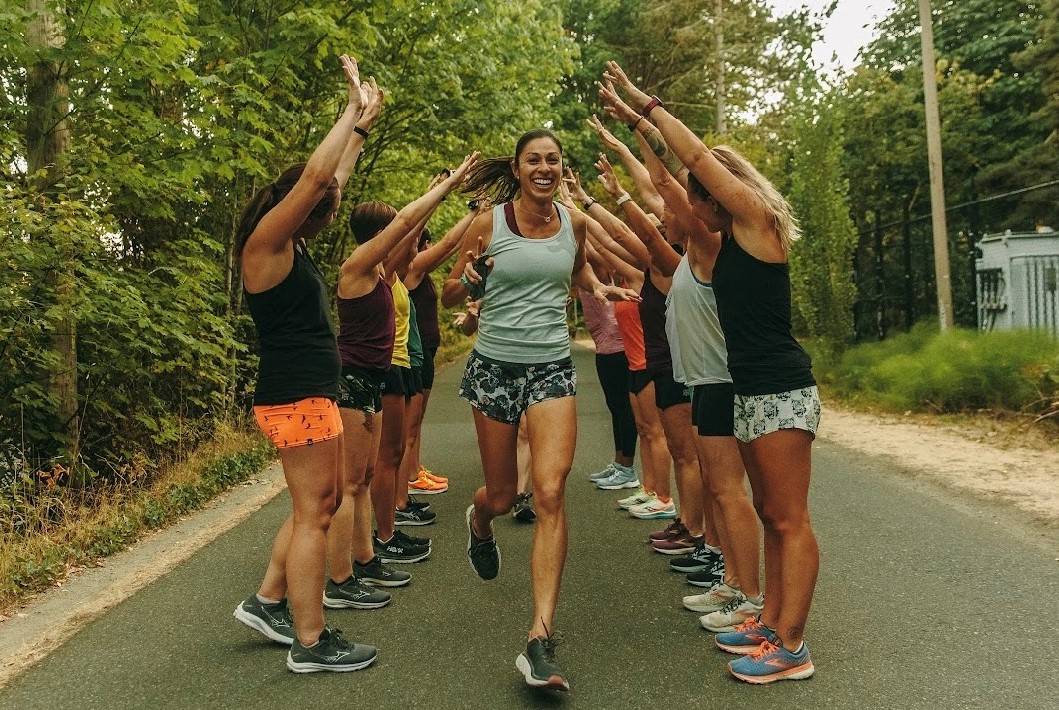 I believe in dancing (or running?) with who brought you. In 2017 I wrote an email and took a chance. Oiselle bet on me. Now I like to think we are taking a bet on each other.

Catch me on Thursdays at TNFC in Seattle, rocking the O kit at track meets and flystyle in boardrooms across the world with pride.

Head up, wings the f*ck out.

Banner and blog thumbnail photo provided by How Lao