Have you recently joined a Zoom event to listen and learn, then you walk away with deep observation of your own performance? Volée teammate Christine tuned in to our recent Masters Power conversation and realized sometimes reaching those goals is much more challenging than it looks. Check out her powerful reflection on what makes masters running "so damn hard?"

I’ve been thinking – both before and after the forum – about what is so damn hard about masters running. I honestly didn’t think it was a big deal for most of my 40s. I came to running later after focusing on other sports as a kid, so I wasn’t measuring my then-self against my past-self. It was easy to improve with just a little bit of organized training. And, after years of trying to navigate with young kids, a full-time job, a spouse. . .well, even a 30 minute run outside by myself felt like the most precious gift. I’ve always known that I am slow. But I mostly dealt with it, because I loved meeting up with friends on Sunday mornings, watching the sun rise over the Hudson River, as we chatted away for mile after mile. 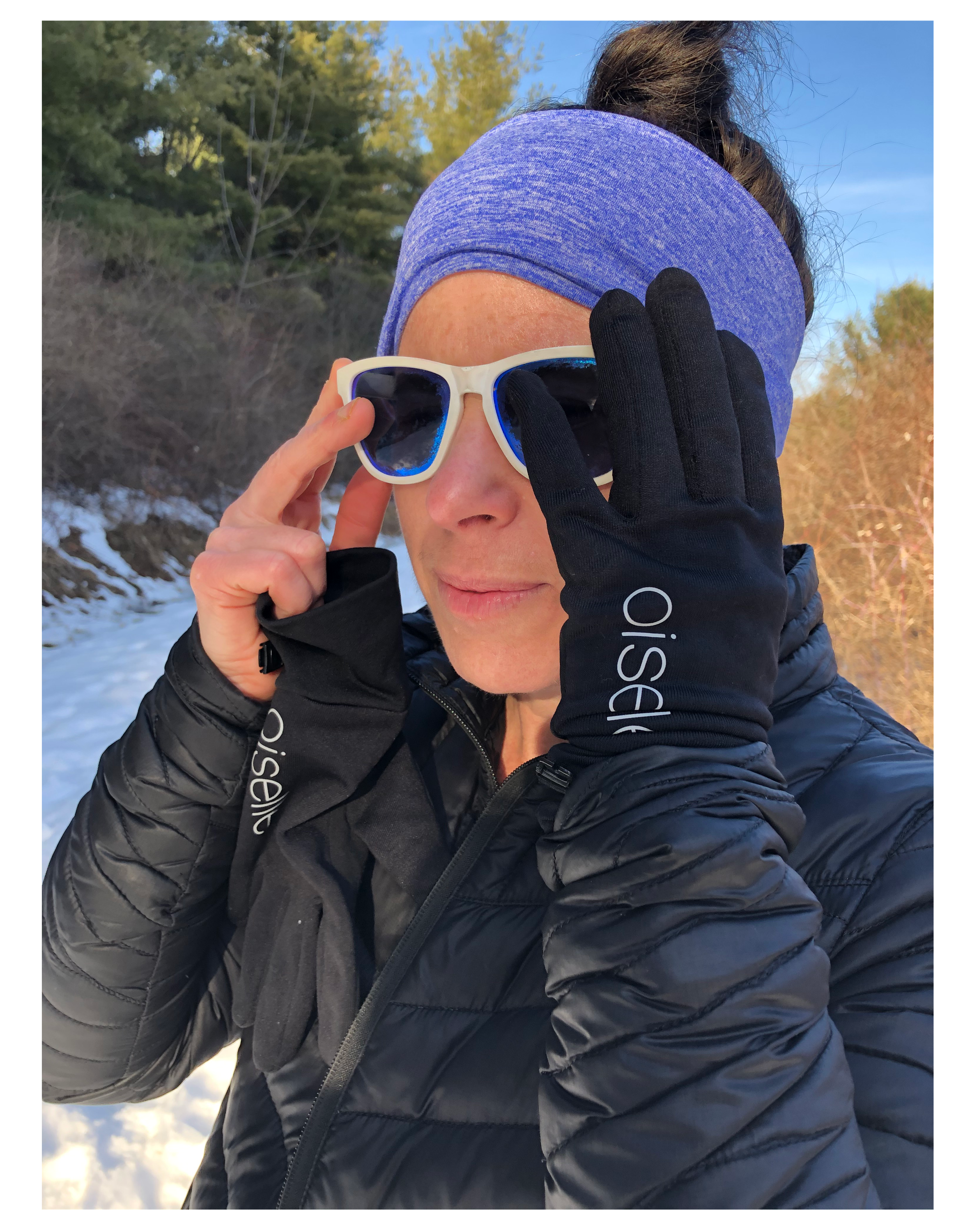 My 50s have been SO MUCH HARDER. It’s like all of the changes associated with peri-menopause are like laser beams zeroing in on my running insecurities. Niggles and injuries make it hard to train consistently, an autoimmune issue makes fatigue more of a thing, and every time I have to step back, or reduce mileage, I feel like a burden on my running friends. (They are mostly in their 30s and 40s, so they are just now hitting the golden age of strength AND time to train). I’ve gotten really close to BQ-ing, but I just have not been able to stay healthy enough to take off that 1 minute that I need to hit the qualifying time, and I may just have to come to terms with never getting the BQ. I admit that not qualifying – when the times are so attainable – makes me feel like a bit of a running failure sometimes. I haven’t totally given up on PRs, but I am not reliably faster as a master at this point.

And, then there are the physical changes of getting older. I am a proud feminist. I have never owned a scale, I don’t wear much (if any) make-up and I am all about interrogating the ways in which women’s lives and bodies get filtered through the male gaze. I want to be sure that I make clear that I don’t think owning a scale or wearing makeup are anti-feminist though. I have tried to make choices about my body and my health (including my mental health) that interrogate (for me) the way women’s bodies and women’s lives get filtered through the male gaze. I don’t think there is any one “right” way to feminism when it comes to body image. I am about love, not scolding or judging people whose personal calculus around body image looks a bit different from my own. And yet, still, something about the physical reality of being almost 53 stops me in my tracks sometimes when I happen to glance at a mirror. Something about being undeniably older and even slower weighs heavily sometimes.

At the end of the day, I don’t want to be younger - there is wisdom that comes with age, after all. 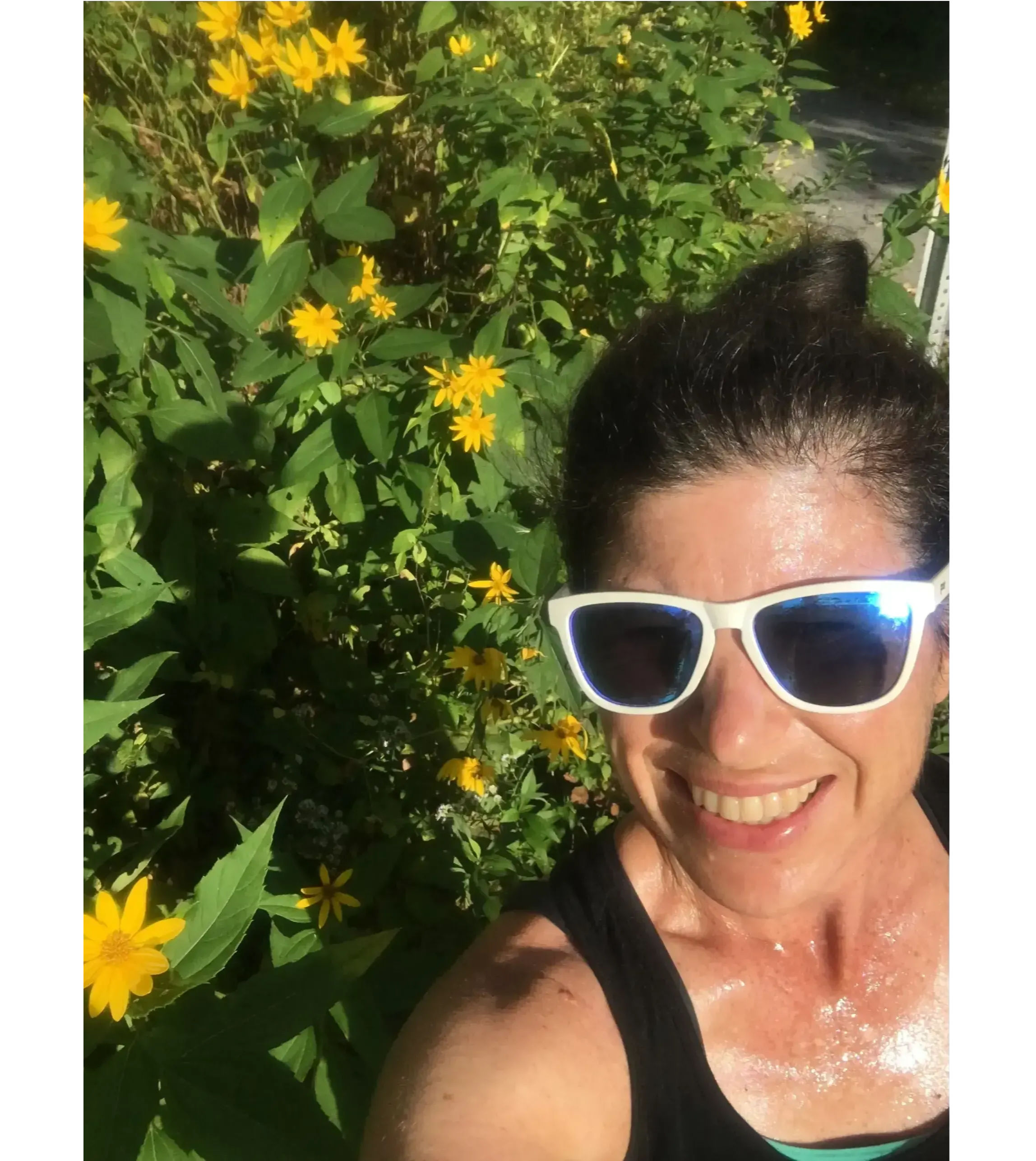 I still love the act of running. I still love the feeling of freedom, finding calm and quiet on the trails, and cheering for my friends who are crushing it. I HOPE that once I do finally get through perimenopause and then menopause, I will be able to get more sleep .

At the end of the day, I don’t want to be younger – there IS wisdom that comes with age, after all, and I do believe that I give far fewer f*cks about stupid things at this point in my life. I am far more willing to speak out on what matters, too. But, even with all of the good stuff that comes with getting older, l think that it’s ok to mourn what is lost, too. Not because I want to go back. But because those were some pretty damn good years.

Take care, and much love,

As a young masters running (43) and having dealt with becoming slower in the past year compared to a year, 3 years, 5 years ago this is welcoming to read that I’m not alone. I may never PR again in the marathon but hope to just keep putting one foot in front of the other for a long time.

Love this, Christine! I am inspired by you.

Allie, thank you so much. I am by nature a very private person and talking about this stuff is hard for me. But with awesome teammates like you, Lesko, and so many others, maybe I can shift at least my own internal narrative a tiny bit. PS Love to S and Z too!

I love and relate to this post, and I’m so happy that we all get to hear from one of the wisest, most encouraging women I’ve had the good fortune to meet through the Volée. Christine, I wish we, and all masters runners, could somehow transport all the wisdom and self-acceptance we’ve gained into bodies that consistently cooperated. But in lieu of that, I hope that someday we can share a run together, probably on the much cooler trails in your neck of the woods. Thank you for your honesty and perspective ❤️