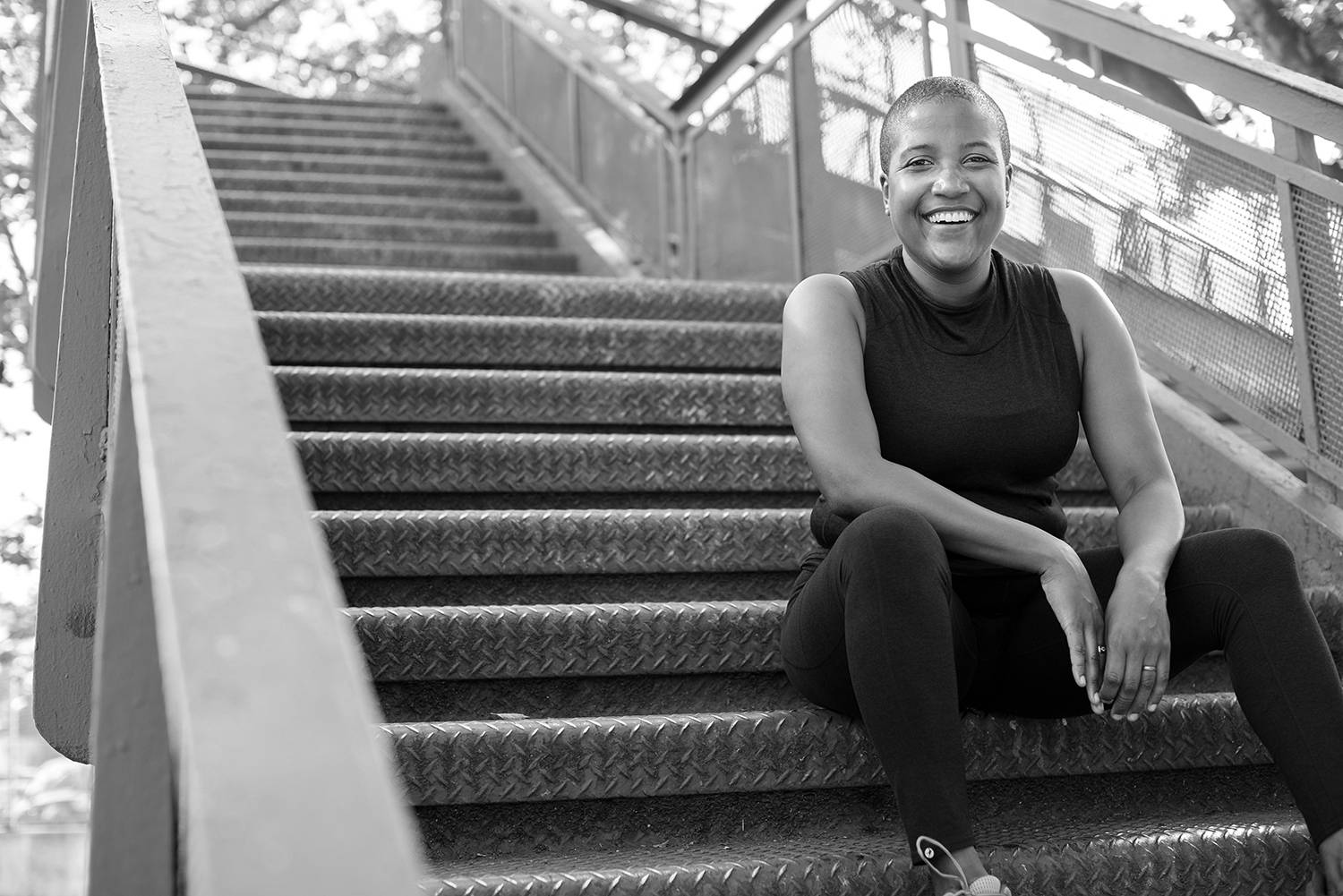 Named by The Root 100 as one of the most influential African Americans, ages 25 to 45

Wrote the foreword for Running is My Therapy, by NYTimes best-selling author Scott Douglas.

Alison Mariella Désir is multi-talented: a founder, a doer, an activist, a connector, and an unapologetically straightforward communicator with a passion for community health. Alison came to running organically, following a period of depression, when a Black friend and role model trained for and completed a marathon. Alison successfully completed her first of many marathons in June of 2012 - the San Diego Rock n Roll Marathon, in 4:34. As Alison continued to engage with the running community, she was frustrated by the lack of diversity; she started HarlemRun in 2013 to create a group that was welcoming of BIPOC runners. In January of 2017, Alison spearheaded another organization, Run4AllWomen, which raised over $150,000 for Planned Parenthood with their womxn’s relay to Washington, DC. In 2019, Alison helped womxn-led running groups around the globe connect through a new organization, the Global Womxn Run Collective, to empower and enable connections among womxn-led groups that might not have a seat at traditional tables of power.

Alison most recently has channeled her personal experiences and formal training to bring the mental benefits of running to a broader group. She created a series of events (now virtual due to COVID-19) called Meaning Thru Movement that provides education and practical steps to improving mental and physical health, especially for the BIPOC community. These robust discussions not only educate all of us on the realities non-white runners face, but illuminate a more inclusive path forward that fights white supremacy and racism.

Why do you run?
I run for my mental health, I run to be connected to community, I run for social change, and I run to remind myself that I can do difficult things. What I like most about running, is that it offers me so much.

If you could give one piece of advice to a 12-yr old girl, what would it be?
General life advice: You are so important. The world needs you!
Sport specific advice: stick with it

Middle school was such an awkward time for me. Even though I wasn’t bullied or made fun of, my own self image was so poor. I wished that I could be anyone other than myself. For all the 12 year old girls, especially black girls, just know that you matter.

What is your earliest sports story or memory?
I remember in middle school qualifying for and attending the Junior Olympics in the 100m hurdles. I felt so out of place, despite qualifying, and remember feeling like I didn’t have the “right body type” like all of my competitors. Another memory I have is of being on a coed soccer team when I was much younger (7 or 8) and being told I was too aggressive. I remember loving that.

What is your favorite #flystyle?
Flyte Short Sleeve (every color)
Firecracker 3/4 Tights

What is your superpower?
Bringing people together for social change