Paria Hassouri is a mother of three, a pediatrician, a transgender rights activist. She also loves running. During the hard times in her life, running gave her space to breathe. It became the glue that seeped into all the little cracks of life that she didn’t know were there. In May of 2017, one of her kids came out as transgender. Suddenly, the rug was pulled out from under her feet and she couldn’t write about running anymore. Slowly but surely she began running, and writing, and sharing her truth.

On March 24th, 2019, I found myself in Dodger Stadium, waiting for the Los Angeles Marathon to start. Despite the nervous energy of the thousands of runners around me, I felt a sense of calm. There was no question of whether I would finish and no pressure of a goal time. I knew that I was not in PR shape, but I was not in my worst shape either. It wouldn’t be excruciating. I was in the exact right place. I had once again run my way back to myself.
A year and a half prior, on October 8th, 2017, the repeated mantra of, “after today, you never have to do this again” had gotten me through the last ten miles of the Chicago Marathon. Despite being my third marathon, Chicago had been the slowest, the most painful, the most dreaded, the most grief-stricken I’ve ever been on a run. Just five months prior, my middle child had blindsided me, coming out as transgender at the age of thirteen. It was the one parenting scenario that pulled the rug out from under my feet. Since her coming out, I had continued to run. Initially, anger and denial had fueled my runs. I’d escape the house and take off, music blaring in my ears, panting and cursing, unleashing my anger on the pavement of the sidewalks that knew all my stories. One month later, grief had taken over. I continued to get out the door, but I was logging the slowest and most tear-filled miles of the last six years since I’d started running. I was shuffling along—tears, sweat, and snot intermingling down my face as they had in my first year of running.
As the Chicago marathon was approaching, I repeatedly questioned whether I should drop out. The last thing I wanted was to be thousands of miles away from the child that was slipping through my fingers. But in 2012, I had turned to running after years of drowning in responsibility. Running was where I had found myself and learned to breathe. I was afraid that bailing on Chicago would be the first step towards losing myself completely again. I told myself that I would just try my best to get my weighed-down body to finish in less than five hours. I cried and prayed my way through and crossed the finish line at four hours fifty-five minutes and twenty seconds. The mind-body connection is amazing. My body listened to the cut-off time my mind gave it. I flew back home, hugged my kids, and vowed to never run another painful marathon again. I was done.
Back in Los Angeles, I finally realized that staying in despair was no longer an option. I joined a support group for families with transgender kids. I found my daughter the right therapist—one who specializes in transgender teens. Eventually, we took her to the Center for Transyouth Health and Development at the Children’s Hospital of Los Angeles. We watched her gradually come out to the world and thrive.
All the while, I continued to try to process on my runs. My daughter’s therapist kept suggesting that I see one for myself. I didn’t feel like I had the time. I had my job, two other kids, so many appointments for my daughter. I kept saying that I was fine. But for months, every time I was alone in the shower or my car or on a run, I’d cry. Then one day, I drove from the grocery store to my house, turned off the ignition, and realized I didn’t need to dab my mascara. I had made it through a whole car ride thinking of other things—I hadn’t shed a single tear. And as I watched her blossom, the tears came less and less, and my pace slowly picked back up again. 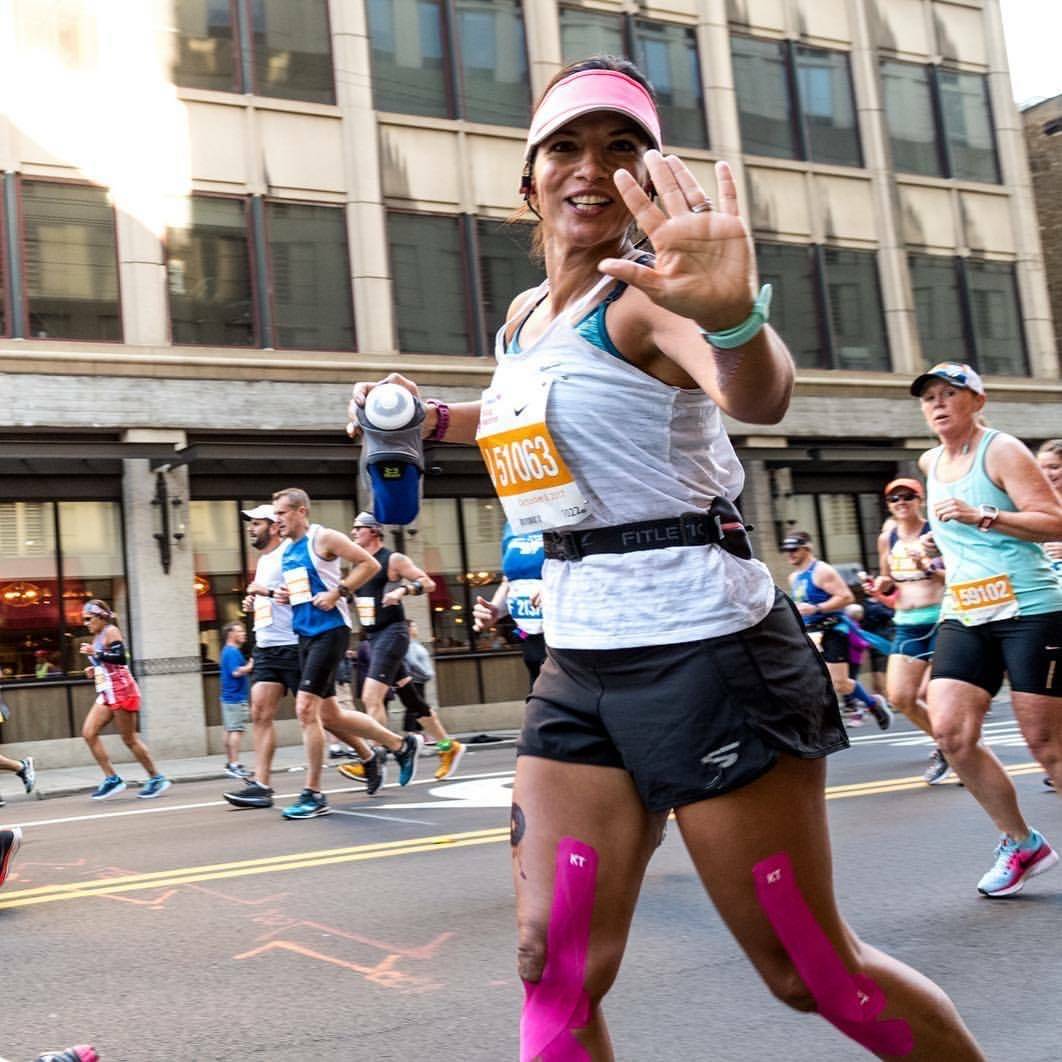 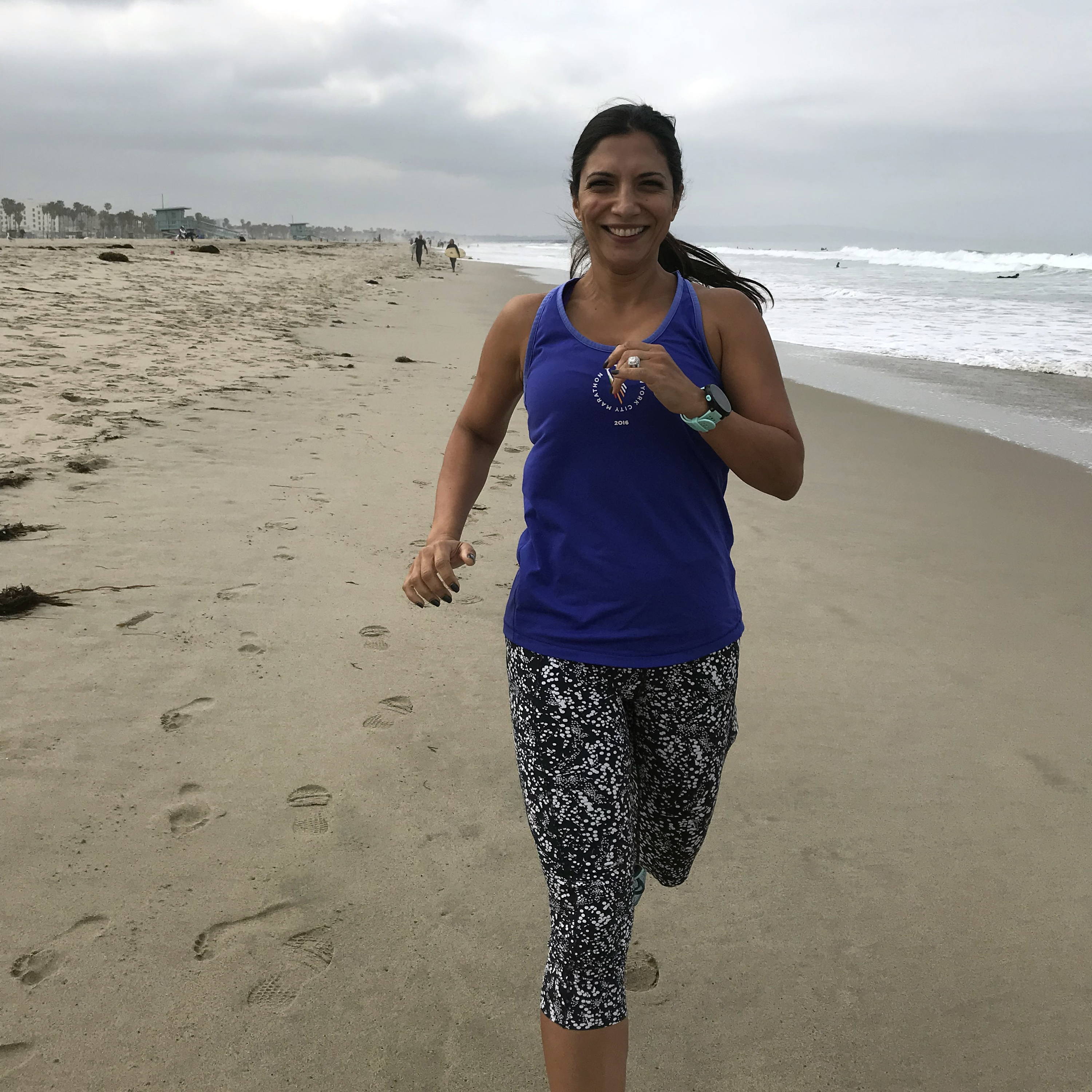 A year after Chicago, I was in a different place—a different person. It was hard to believe how everything could change in one year—that I could evolve so much. I knew that I wanted to write our story—a story I needed to read when my daughter came out. I’ve always written on the run. On long runs, when my mind has already cleared itself of all the other clutter, is when memories and words and ideas trickle in. I signed up for the LA marathon, unsure of whether I would show up at the start line. I was past the point of needing to prove myself as a runner through races. I just needed a plan with long miles for the right words to surface.
Once I sat down to write, the words poured out. The page, or I should say my laptop, became the therapist I hadn’t seen but should have in the prior year. Four months after starting to write again, I was back in Dodger Stadium waiting to start, and my first draft was done. When I posted a picture of myself on my Instagram with my medal, I wrote, “I asked myself many times during this training cycle why I was doing this again, and the best answer I have is that every time I’m lost, the surest way to find myself and my voice again is one run at a time.”
Six months later, I did see a therapist. She pried out the thoughts that I wouldn’t even allow myself to think on my runs—the words that never made it on to any page. These days, there are no races or marathons, my therapy sessions are done, and my memoir is out in the world. But I’m still running daily with my thoughts.

Paria Hassouri is a mother of three, pediatrician, transgender rights activist, marathoner, and author of Found in Transition: A Mother’s Evolution During Her Child’s Gender Change. She can be reached through her website pariahassouri.com, or through Instagram @laparia and Twitter @pariahassouri.