Pole-vaulter Megan Clark has been a teammate on Oiselle’s Haute Volée since 2016, and it’s been such a pleasure watching her evolution and progress. Megan displays an unfailingly positive attitude and weathers setbacks with a professional growth mentality. Hear more from Megan on her 2021 so far and career reflections.

How did you get into pole vault? I started vaulting because I grew up in a military family. We moved frequently- I went to ten different schools- so to make sure that we had friends, the rule in our house was that we had to play a sport every season. I did gymnastics, cheer, soccer (before it got serious), and then I started running. When I did track, I tried every event. With my gymnastics history, pole vault was a pretty natural direction to take. But I actually started vaulting because the coach had popsicles and I thought I was going to get out of the longer distance running. Which I didn’t; I still had to run long hurdles, 100 hurdles, the 4x400 and the 4x100. I fell in love with pole vault and that’s where I’ve been ever since. I actually almost left track for cheerleading when we moved my sophomore year of high school. But then I joined a club team in upstate New York, the Hudson Valley Flying Circus, and that changed everything for me. The barn, as we lovingly call it, is the happiest place on earth. The coaches are fantastic, the sense of community is incredibly strong, and that is where I found my pole vault family. 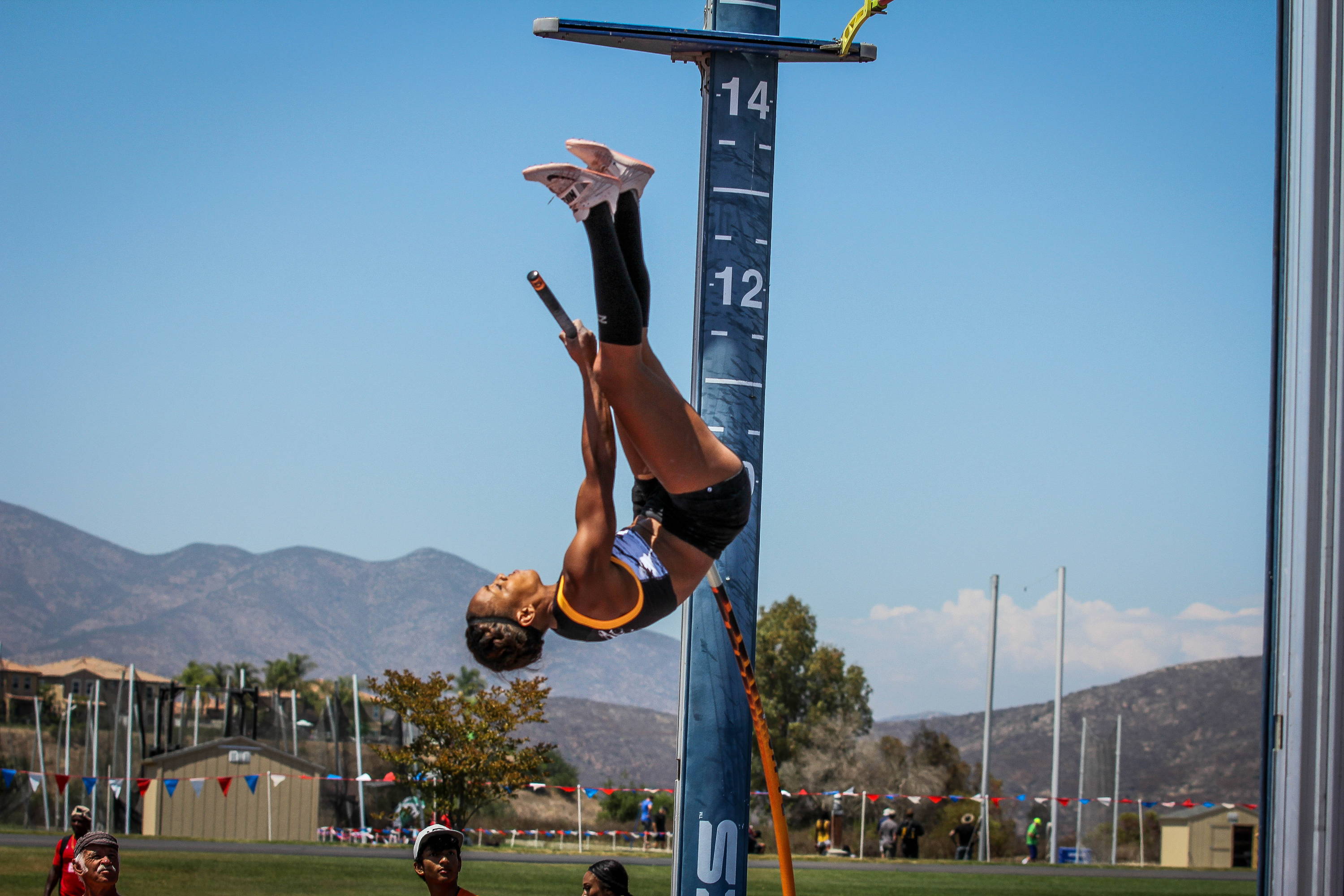 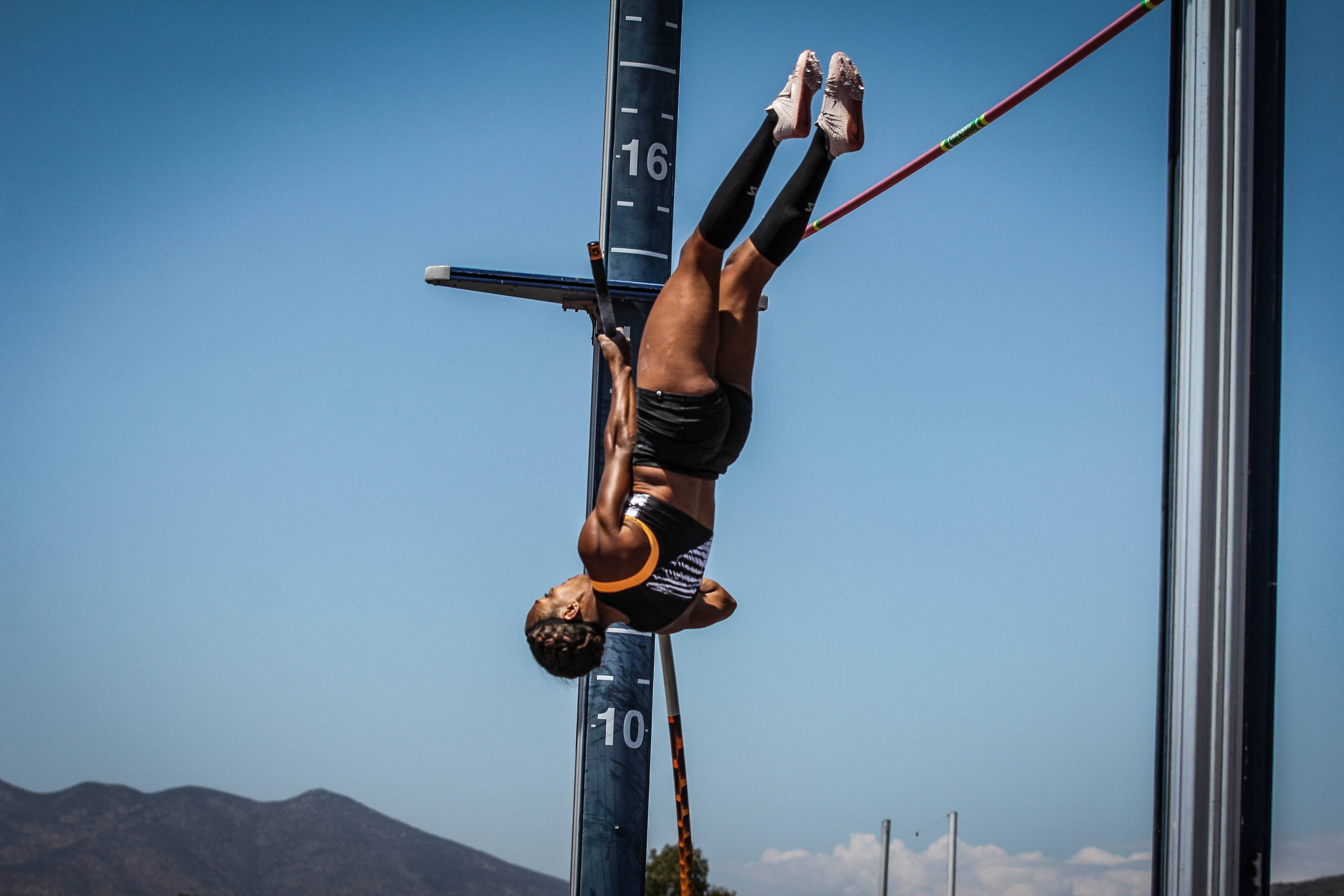 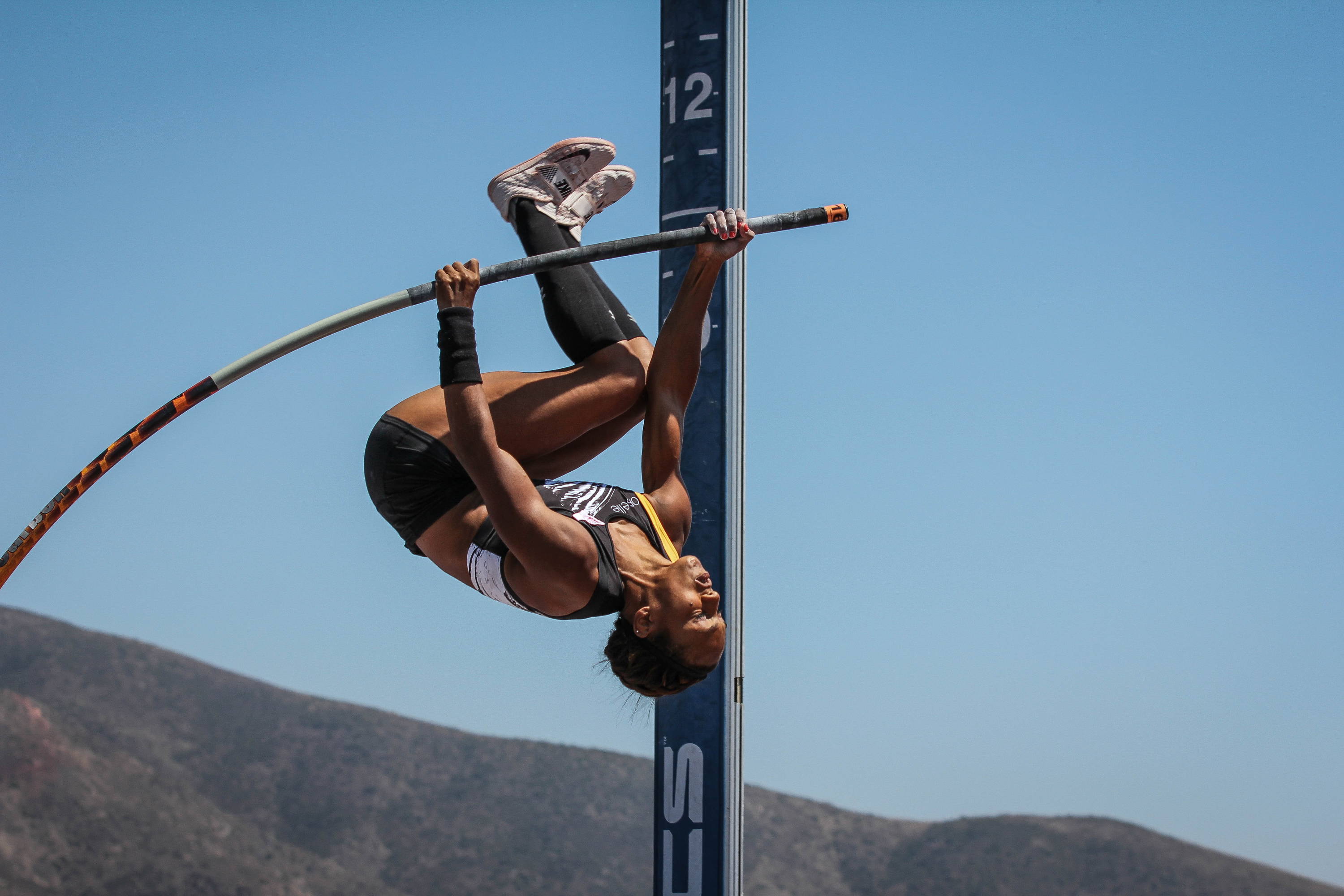 How has the transition to Fayetteville been? I moved to Fayetteville from Chula Vista (the Olympic Training Center) in the fall of 2019 because I needed a change in training. I wanted a different style of coaching and a training partner. Coach Compton at Arkansas is the change I needed. He’s very blunt and says exactly what he’s thinking, which I welcomed. I needed a coach who was going to hold me accountable, create a lot of structure, and who knew exactly what changes we needed to make with my vault. That’s exactly what I got when I moved to Fayetteville, and I’m excited to continue to see the results of all of the changes.

Are there any vaulters who are afraid of heights? I don’t think there are vaulters who are afraid of heights. Almost all of us have some level of fear, but it’s more of a respect for the event and the inherent risks of running and vaulting on a fiberglass pole than it is of the height itself. We all end up in situations where we have to push past that fear, and when I’m in that space, I usually end up closing my eyes. It sounds absolutely insane, but my body knows what to do and it’s pretty much always my brain that’s getting in the way. So, I close my eyes and trust. It hasn’t failed me yet.

We all end up in situations where we have to push past that fear, and when I’m in that space, I usually end up closing my eyes.

What is your experience being a Black pole vaulter? There aren’t many people of color in pole vault. In fact, here in the states, I can count the pros of color on one hand. You can see this on every level of the sport. We have to do a better job of exposing kids to the opportunities that could be available to them. One of the best potential feeder systems, at least among girls, is from gymnastics. While I grew up without the privilege of seeing pole vaulters who looked even remotely like me, I was able to look to Dominique Dawes when I was a young gymnast and that made a huge contribution to my ability to vault. There are so many more gymnasts of color who were inspired by Simone Biles and Gabby Douglass. We can take all of these phenomenal athletes as they transition from gymnastics and show them that they have the opportunity to pivot towards pole vault. We also have to figure out a way to make the event more available at the high school level. Ultimately, representation matters, and hopefully the number of Black vaulters will only grow. I hope that when I travel and kids see me jumping, they realize that they can do it too. 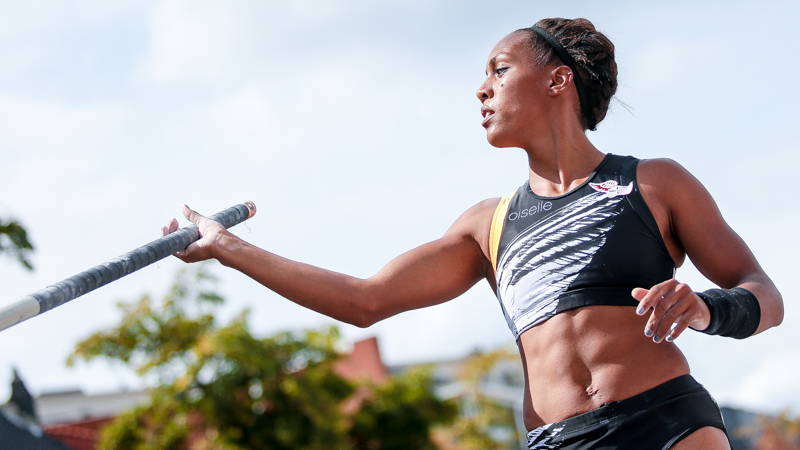 Pole vault seems like such a mental event. What are your mantras? As I run down the runway, especially when I’m struggling, I usually just remind myself “I got it!” It’s very simple, but just being able to do something with the confidence that you’re not going to fail changes everything. Something to remember in pole vault, but also in life, is that the progress isn’t linear. You can jump a lot better and not clear higher bars. You can miss bars and lose meets because you jumped better. Something to remember as a young vaulter, or just as a person, is that sometimes making better choices and doing things better doesn’t immediately result in the outcome that you want. But it builds a better future. So stick to it.

Ultimately, representation matters, and hopefully the number of Black vaulters will only grow. I hope that when I travel and kids see me jumping, they realize that they can do it too.

What are your goals for outdoors? My goal is to make the Olympic Team this summer. Everything else is on the way to making that goal. My coach says there are two meets that count this year: the Olympic Trials and the Olympics. That’s it.

Any exciting plans for the fall? Actually, I have VERY exciting plans for the fall. I am going to medical school! After this Olympic cycle, I always planned on retiring from track and pursuing a career in medicine, and I just recently found out that I was accepted into the Class of 2025 at the University of Arkansas Medical Sciences! I firmly believe that we aren’t limited to the pursuit of just one passion in our lives, and I feel so lucky to have the opportunity to chase mine.