(OLYMPIC) TRIALS AND TRIBULATIONS: RAMBLINGS ON AN 11 HOUR FLIGHT

Haute Volée Rebecca Mehra traveled straight from her gritty performances at the Olympic Trials (where she finished 11th in both the 1500m and 800m overall) to Europe to continue racing. There’s no fairy-tale ending here, but if you read to the bottom, it’s better than a fairy tale.

I come to you from the plane - an 11 hour flight from London to Los Angeles. Left to my own devices and my 31 inches of legroom, I’m finally taking the time to reflect on my last month. Particularly, the Olympic Trials and my subsequent trip to Europe.

Over the last 2 weeks abroad I have been asked countless times if I made my Olympic Team. When I sheepishly respond no, and concede that in my events the American women on the team are fantastic, I get an awkward if not apologetic response from the waiter or hotel clerk or wayward passerby. After all I was at two Diamond League races this week, and at these events that tends to be the baseline standard for achievement.

In the United States I have often experienced the same attitude from those I’ve spoken with, including friends, family, and strangers who have reached out. 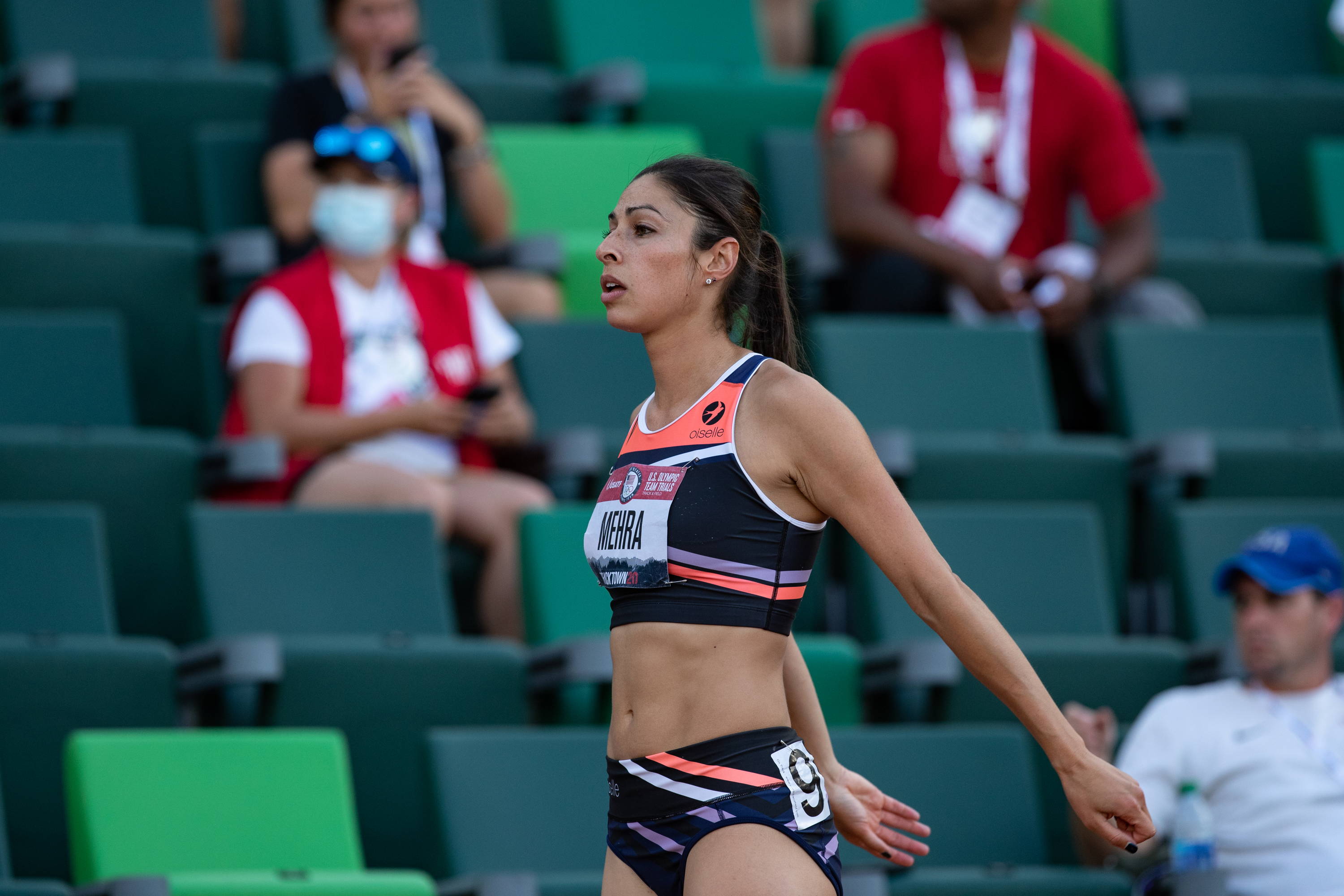 “So sorry you didn’t make the team.”

“Rough day to have a rough day. You’ll get ‘em next time!”

“You ran so tough. I was hoping you would make the team!”

So how do I feel right now? To be honest, it’s been a roller coaster. I can’t quite put into words the whole experience of the Trials. Maybe it helps to put it in numbers:

5 trips to Studio One for pre-race pancakes 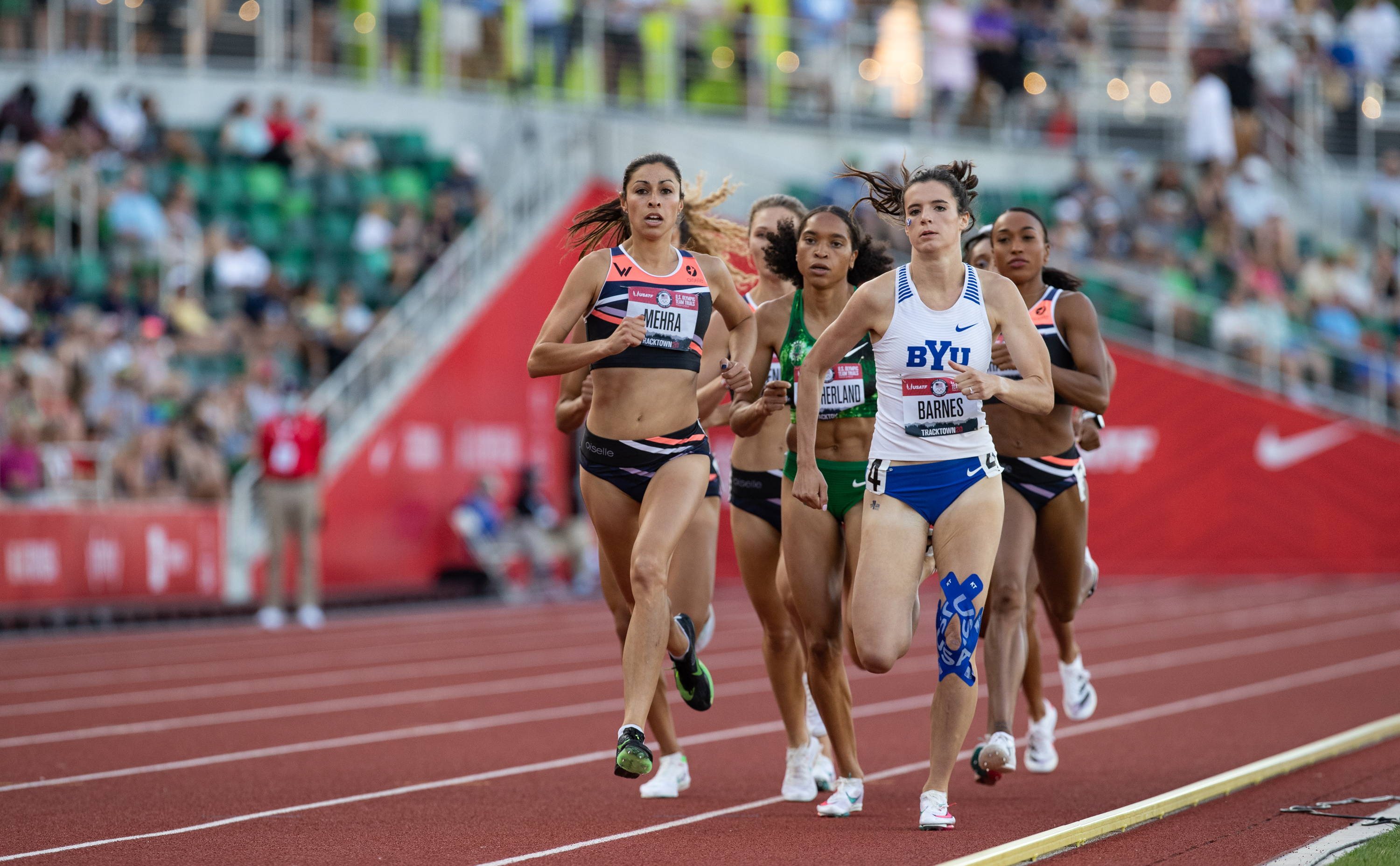 It was certainly an adventure. Five races, five massive physical and emotional undertakings. As track and field athletes we are indoctrinated in a system that worships Olympic cycles. Athletes plan their careers, families, and next steps around these four (or in this case five) year parameters. Traditional and social media alike hype up these Trials and Olympics for years, and to finally get there felt almost surreal. Have I done enough to prepare? What can I realistically hope for myself at these Trials?

I will tell you exactly what I had hoped for on the day of the 1500 final: on a magical day where all of the stars align, and I make the team. I run a big PR and the race of my life. This definitely wasn’t an impossible scenario, but it was a reach. The more likely hope was to have a good, maybe even a great day. Finish in the top eight or even the top six. Sure, you don’t walk away with a flag, but maybe a sizable PR and an incredibly respectable place. Maybe you open some more doors on racing opportunities too.

And of course though I had hoped this last option wouldn’t be the case, there’s always a chance you have a kind of crappy day. Miss a PR altogether, and blow up. Though a “bad” day certainly is a spectrum, it wasn’t great. In a field of 13 I finished 11th, crossing the line with everything I had. I briefly remember sitting down on the track in exhaustion, and burning the backs of my legs because the track temp was ~130 degrees.

You can only control so much. I say often that you can give yourself a shot every time, and sometimes it’ll work out, and sometimes it won’t. But ultimately you have to be satisfied with the effort rather than the time on a clock.

I left it all out there, and though the result wasn’t what I wanted, I know the effort was.

You can only control so much. I say often that you can give yourself a shot every time, and sometimes it’ll work out, and sometimes it won’t. But ultimately you have to be satisfied with the effort rather than the time on a clock.

Now weeks after the Trials I am left feeling a bit melancholy. 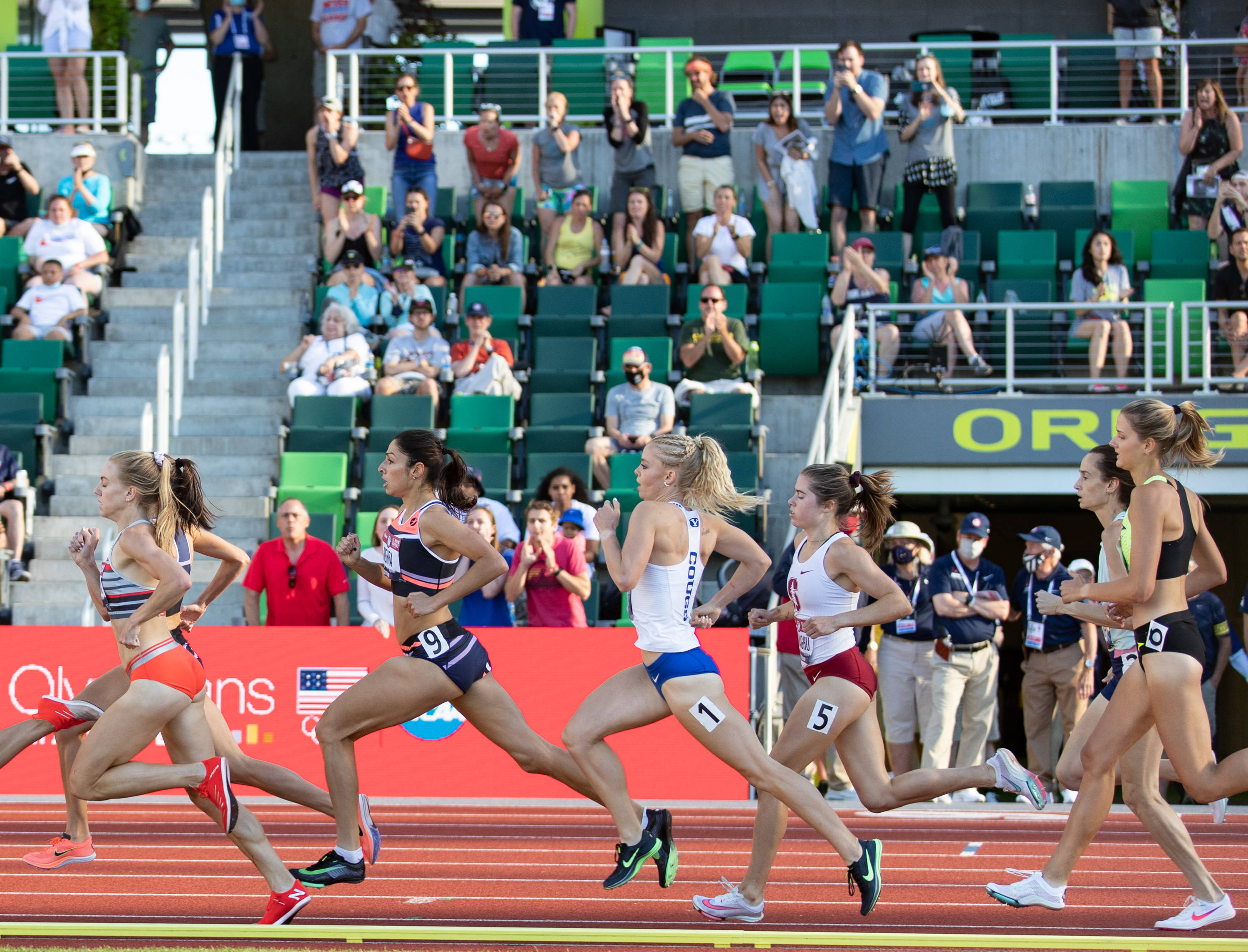 I ran my heart out in Eugene, I did everything I could to set myself up for success. And in many ways I did succeed by traditional standards. I made a final, I triumphantly tried out new racing tactics, and I was 11th in two different events. I like to joke that I am solidly the 11th best middle distance runner in the country. Just outside of the elusive “Top 10,” but damn, close enough.

For a dose of perspective, I watched the Olympic Trials while working an internship in Washington, D.C. in the summer of 2016. I had gone to a last chance meet in June to qualify, and came up 8 seconds short of the qualifying standard. For those who aren’t trackies, 8 seconds is a massive amount. I wasn’t even close.

5 years later I not only qualified for the Trials, but I qualified in two events, and considered myself a serious contender in one of them. That’s real progress, and easy to overlook when your goals and mindset change over time. 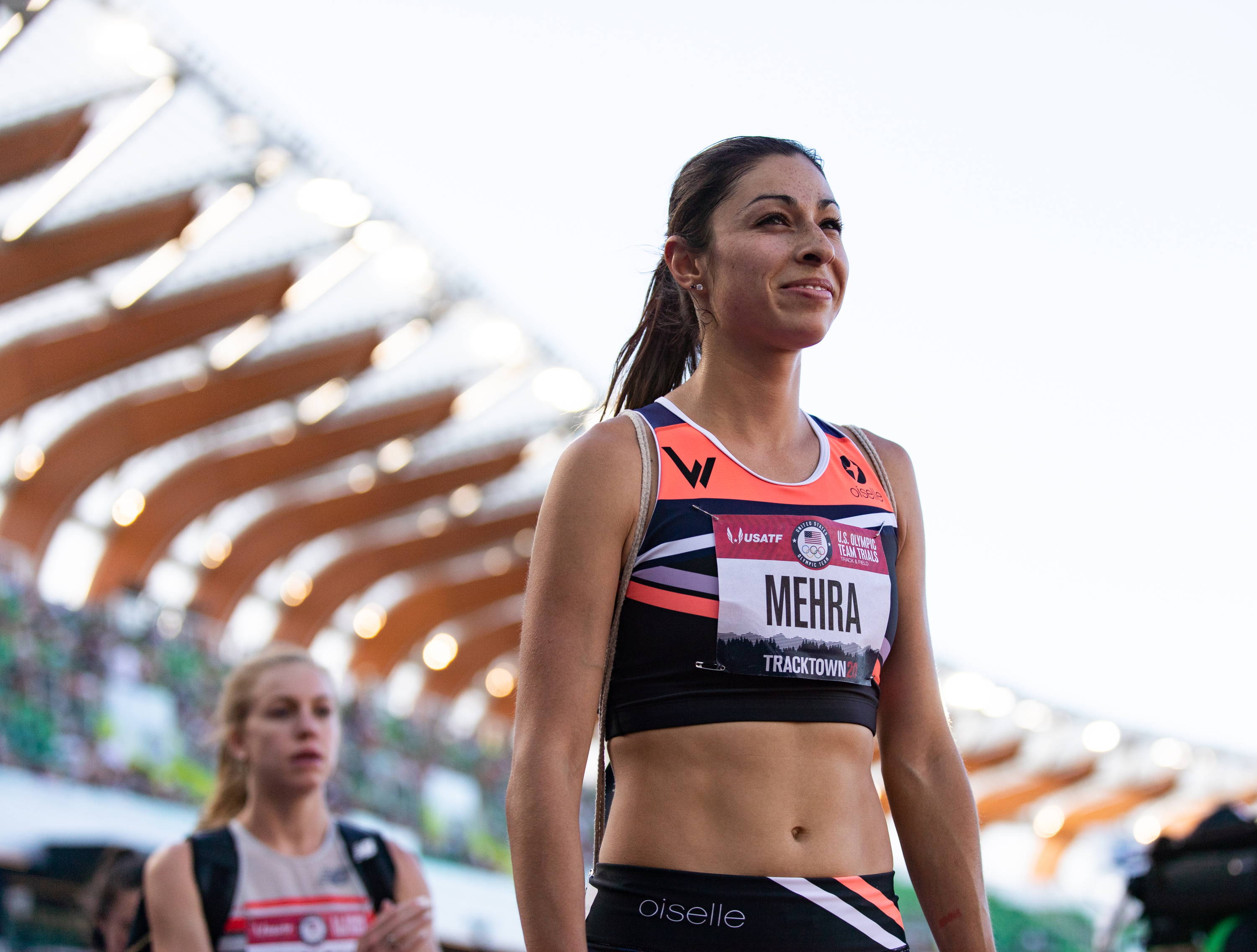 It took me some time to get there, but I now know that I am worthy of pride in my performances. Worthy of celebration of how far I have come, despite coming up short of my biggest goals.

My first race since Trials was the London/Gateshead Diamond League Mile. Though I had paced a 1500 nine days before in Stockholm, this was my first full race effort. Stuck quarantined in our rooms until allowed out for meals and for trips to the track stadium, it was an odd experience to say the least. When the race gun finally went off I felt in a fog, unable to respond to tactical moves off of the slow initial pace. Hanging on the rail I woke back up with 400 meters to go, realizing I was too far behind the leaders to make up ground. It was the first race I’ve run in a long time not finishing on empty. Where I lost my intentionality. That’s not a fun feeling, especially in a Diamond League debut on the sport’s biggest stage. Ironically, I still ran a small personal best of 4:30.8. Bittersweet, but mostly bitter.

I have a few more races on my calendar in early August, and perhaps I will continue racing into the early fall, but I am not sure yet. As a type-A planner this notion bothers me. Though I have taken the time to process my Olympic Trials experience, I still haven’t given myself a real mental breather. I realize now I need to create space for that.

Though I have taken the time to process my Olympic Trials experience, I still haven’t given myself a real mental breather. I realize now I need to create space for that.

Just landed in Los Angeles now, and turned the airplane mode off on my phone to check my messages. I have an email from someone I don’t know titled “Go Rebecca!” The content of the email is a 4 year old boy squealing and cheering while watching me race on the tv. He starts to cry when he realizes I don’t win the race. Presumably his father explains behind the camera that “That’s not why we cheer for Rebecca. We want her to run fast, but we watch her because she is like us.” The video cuts out with a wave from the little boy “Thanks Rebecca ji.”

“Ji” is a term in Hindi used to denote respect and affection for an elder.

Am I having frustrating feelings about my athletic performances? Sure. Have I been feeling down and a little bit burnt out? Absolutely. But this small video was a brilliant reminder of why I run: not only because I love it, and I want to see what I can train my body to do, but also to inspire, increase representation, and give back to a sport that has given me so much.

And those are feelings I am incredibly certain about.