HOW I LOST OWNERSHIP OF MY BODY AND MIND

Trigger Warning: The following story touches on topics of sexual assault, body shaming, and power abuse. We acknowledge this content may be difficult for some readers and wanted to alert you here before reading further.

Being a part of any athlete's story is an honor. And while podium moments are familiar terrain, we've seen that it's the sharing of the full story that makes the biggest difference -- as we all search for ways to rise to life's challenges. Below you will find the story of Karelle Edwards-Perry, a pro athlete, Oiselle sponsored hurdler, athlete model, and all around fantastic human. From the day she started sharing this information with us, to the publishing of this piece today, we have been in awe of her strength, her vulnerability, and her desire to prevent others from experiencing similar harm. We're honored to share Karelle's words, and we hope you find learnings in it as well. 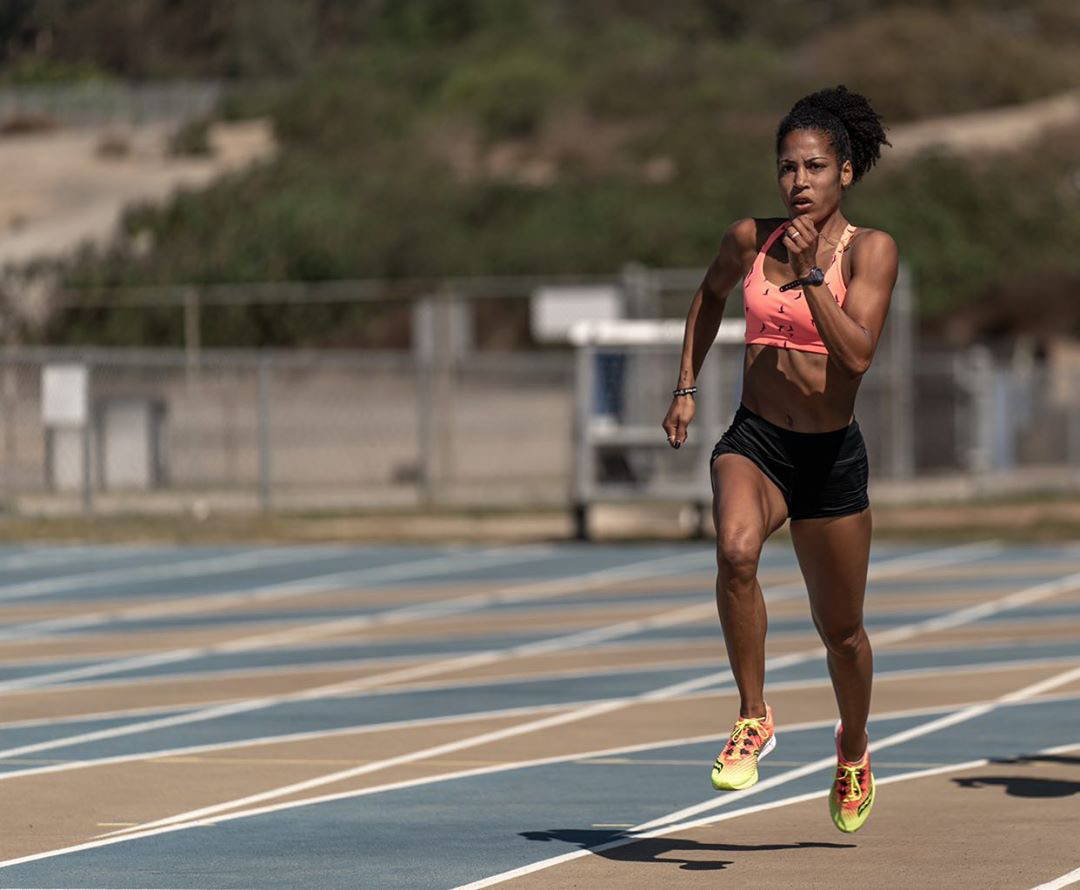 From the very first day I showed up to the track, I was told I had immense potential. Only six months after starting to hurdle, I made my first Team Canada. At the time, I was compared to Angela Whyte, one of the top Canadian female hurdlers. I was told that I too could be an Olympian one day. I committed to living the lifestyle of an athlete and trusted those around me to help me become one of the best hurdlers in Canada. What started off as a fun hobby quickly became a pursuit of one goal after another: win Junior Nationals, make World Juniors, make Commonwealth Youth Games, and earn an athletic scholarship to a NCAA Division 1 school. I accomplished all these goals, but things came to an abrupt stop in 2008 when I injured my back.

One year off the track became two and then three. My college team doctor told me that I would probably never run again. This doctor never laid hands on me. He did not prescribe a treatment plan other than two cortisone shots, which didn’t help. Two years later he decided that track was too dangerous for me. He claimed that he wouldn’t be a good doctor if he didn’t protect me from permanently damaging my health. He gave me an ultimatum: come back in full form in 3 months or be medically disqualified from NCAA sports.

When I reflect on this now, I believe this was the beginning of me believing that people in positions of power knew more about me than I did. I mean, who was I? I was just an 18-year-old who had just started track two years earlier.

When I reflect on this now, I believe this was the beginning of me believing that people in positions of power knew more about me than I did.

As an individual and mentally demanding sport, track requires a unique relationship between athlete and coach. You do not have a team to rely on. On the track, it’s only you. I was taught that success would come with “buying into the program” and “fully trusting my coach.” As someone who was once told that I would never run again, finding people I trusted to help me stay healthy was also crucial.

But over the span of my career, the people I was told to trust are also the people who harassed me, sexually assaulted me, verbally and emotionally abused me, and bullied me.

The coach who got me started on my hurdling career was also the coach who tried to pull down my pants, who pinched my back skin and told me to lose my “back fat,”who said he needed to know who I was sleeping with because I was too uptight, and who refused to give me a larger pair of shorts when I shared that I was uncomfortable with the shorts I had been given by the club because they were too small.

The coach who treated me like a daughter and welcomed me into his family is also the coach who slapped my ass at practice. 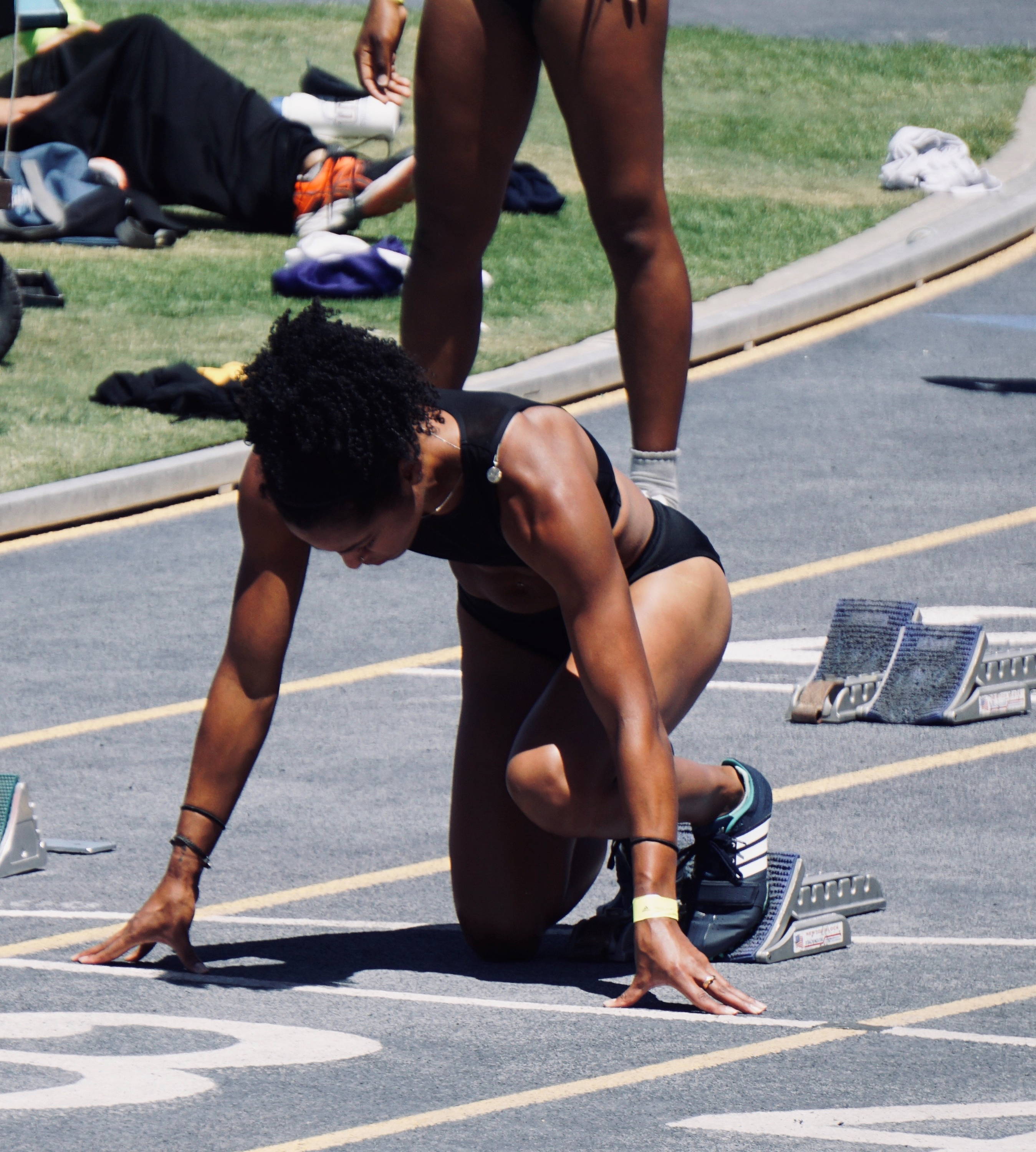 The coach who invited me to drop everything in Canada and move across the continent because he would make me an Olympian, is also the coach who forced me to run through injuries and then stopped talking to me when I couldn't train. He body shamed me, told me to lose 6-7 lbs. so I would come under 130, and said that 8.5% body fat percentage was ok, but 7.5% would be better. He once told the entire group to stop eating carbs and go for an extra 40-minute run after practice. He ignored me for months at a time (e.g. he stopped answering my calls and texts leading into the World University Games), excluded me from team events (e.g. he took the team to a training camp without telling me) and constantly threatened to kick me out of his group. He verbally abused me (e.g. yelling, “fuck you”), intimidated me (e.g. “stop asking questions, shut-up and just do as I say”), humiliated me (e.g. “you're soft, you're too emotional, your boobs have disappeared”) and dismissed me (e.g. walking away when I tried talking to him). This coach wanted total control and was not afraid to say: “this is a dictatorship”. He would dictate our every move at practice, one drill at a time, and often got mad if we stopped for water. At the start of the pandemic, he sent us an article about the risks of having sex during COVID but didn't take or institute any public health measures at practice. He constantly invalidated my racial identity (e.g. “that's because you're white”). This coach provided zero support and was always quick to put me down. When I walked onto the track the day after Canada had pulled out of the 2020 Olympics, he greeted me with, “How does it feel to be a quitter?”

The physical therapist I entrusted with helping me with my chronic back issues, is also the one who sexually assaulted me.

The people I reached out to for help as I started to notice that I was: a) not ok; and b) trapped in a toxic pattern, are also the people who told me that I was the problem. For instance, when I finally mustered the courage to leave one of these coaches, I was told by my strength coach that “You are taking the easy way out – you may be happy with another coach and possibly even run well, but you’ll never learn anything.”

Because I am so devoted to personal growth, I believed that I was the problem and that I needed to fix myself. So I stayed.

Others I went to just tried to normalize these behaviors by saying “oh that’s just ___” or “that’s fucked up but____” and laughed as they continued to praise everyone around me and remind me that I needed to adapt. I was “too weak, too emotional, too sensitive, too awkward, too white, too smart and too demanding.” I was told that I was “weird and unaffectionate and that my injuries were all in my head.” I was asked to buy into the program and to trust everyone while they slowly destroyed me.

Ultimately, the power dynamics and abuse in sports caused me to lose ownership of my body and stop trusting myself. I was taught that everyone else knew more about my body and mind than I did.

My 15-year pursuit of becoming an Olympian has come to an end because of the trauma I endured throughout my track career. The people I hired and trusted to help me achieve my dream of making the Canadian Olympic team abused that trust and exerted total control over my mind and body. Today, I am left with broken pieces that I am trying to put back together. 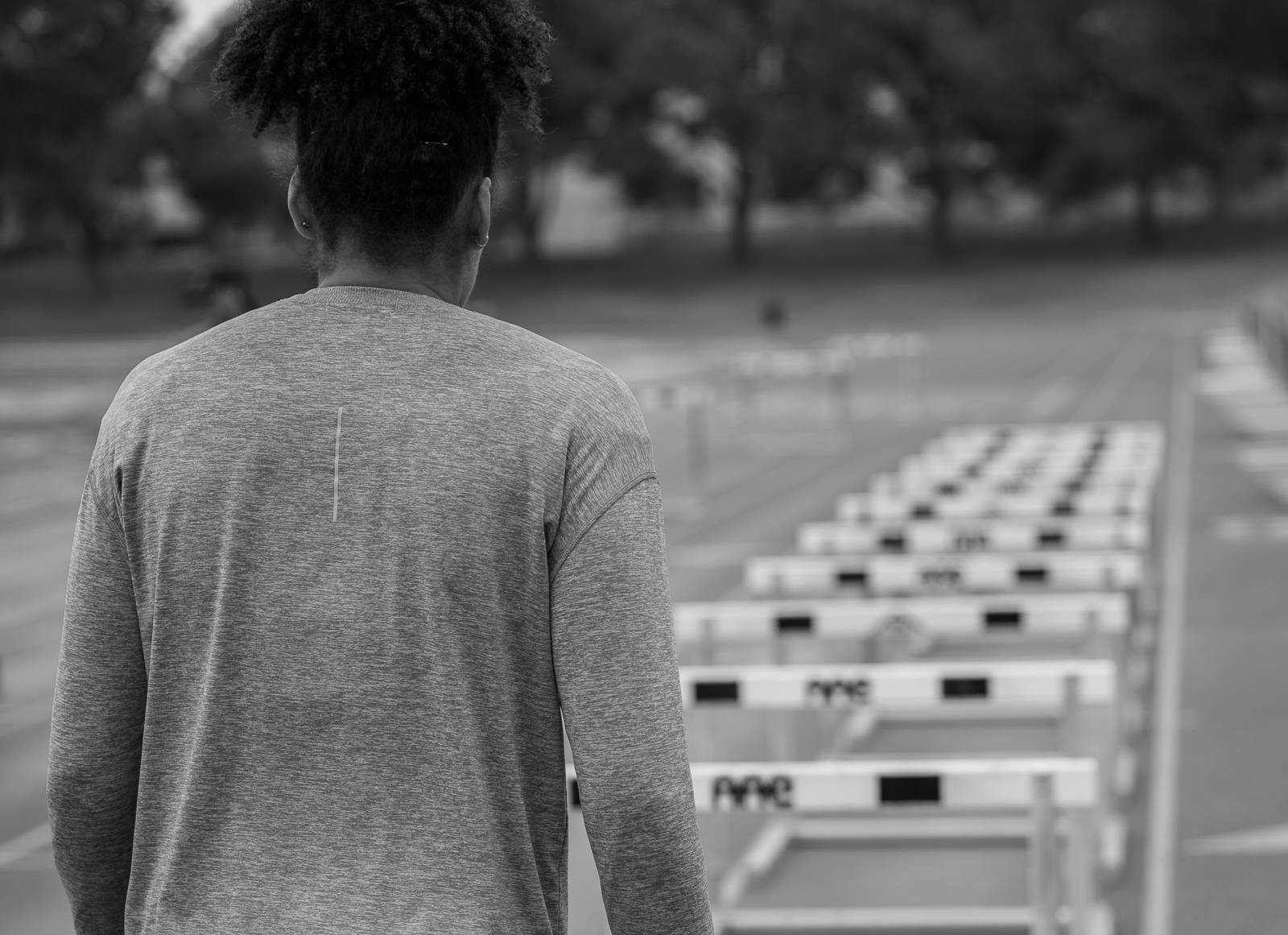 But...I am not alone. This happens every day to countless athletes, especially women. The system is broken and failing us.

Athletes - educate yourself. Learn what is considered appropriate vs. inappropriate behaviors in sports. What constitutes abuse, harassment, and assault. To be honest, I couldn’t firmly grasp the pattern of abuse until I read the USATF SafeSPort Code. Athletes, coaches, parents, and anyone else involved in sports should familiarize themselves with these definitions.

To all the athletes out there, you do not need to be abused to be the best. To coaches, therapists, and everyone else involved in sports, stop turning a blind eye. Put your egos and money aside and start protecting young athletes. The system needs to change and it starts with each of us fully recognizing the pervasive problems of abuse.