Anatomy of a Season: Finding My Feet as a Pro

I started and finished my outdoor track season this year with a road mile. My first and second *ever* road miles, in fact. On April 26 I ran at the U.S. Road Mile Champs in Des Moines, IA and finished 6th in 4:38 against a great field, and on September 8 I ran 4:22 at the 5th Avenue Mile in New York City and finished 3rd against an arguably much more competitive field.

But it’s difficult to boil my season down to those 16 seconds—it wasn’t always a linear trajectory upwards, and it came with a steep learning curve and some significant bumps along the way.

I came into this year with a few major goals:

My first track race of the season was the Payton Jordan Invitational at my alma mater, Stanford. Being in such a familiar spot, I was so motivated to do well. I stuck my nose right in it and was in the hunt to win until about 100 meters to go, where my legs came out from under me. But I still ran one of the fastest times I ever had, and ultimately set the stage for being brave and getting after it in a star-studded field. All you can ever do is give yourself a chance and hope your fitness and belief carries you to the finish line. 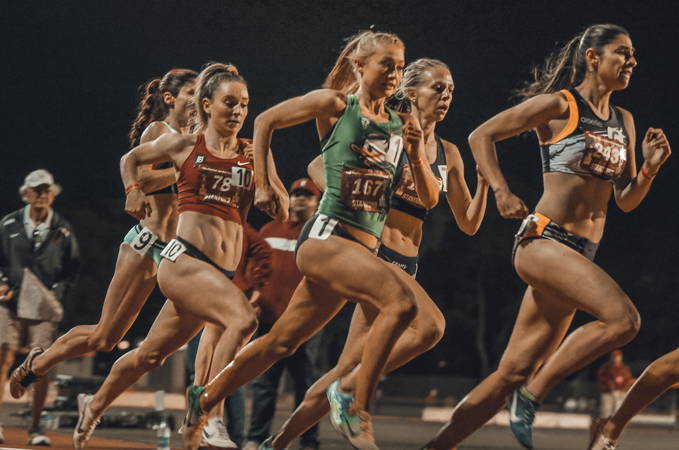 Returning to the Oxy High Performance Meet in Los Angeles this year also was a big step in the right direction. Last year this was my only track race of the season, and one I largely regret running. (PSA: Sarah Lesko told me not to run last year and I did it anyways. She is usually right!). I left the meet in 2018 with a pit in my stomach after finishing last in the slowest heat in a time I could have run as a high schooler. This year I returned with gusto and ran a PR in the 800.

A few weeks after Oxy I started to feel awful at practice. The week of the Portland Track Festival I cried to Lauren during a track workout because I couldn’t hit my 1500 meter race pace in 200’s. Something was wrong and I had no idea what was causing it. I was training fairly hard, but it turns out the real culprit was electrocuting myself on our broken oven as I was attempting to unplug it. Two-hundred-and-forty volts of electricity is no joke! (This remains on my training log as the “electrocution incident.”)

But the Portland Track Festival, despite non-ideal circumstances, was a step forward in itself; I proved I can still step on a track when I feel awful and run a very solid race. “Solid” meant within 1 second of my personal best time in the 1500 meters. You really can will your body to do some amazing things.

After a couple more races chomping at my PR block in both the 800 and 1500, I think a turning point race for me was racing at the Sunset Tour in LA. It was the first time all season I felt the pep in my legs during the final 200 meters of a race. I walked away frustrated that the time wasn’t faster, but I really felt like myself racing in a highly competitive field. I felt a streak of confidence! I was finally feeling ready for the U.S. championships in a couple of weeks. 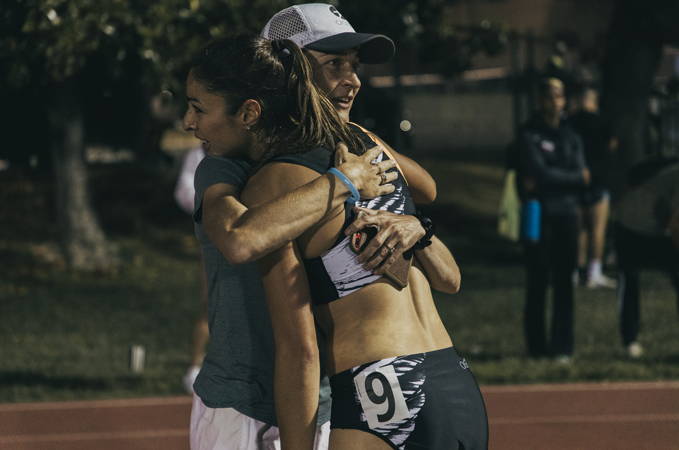 And then the injury issues started creeping up on me. I woke up the morning after that race -- the race in which I finally felt like myself -- unable to walk because I was having outer knee pain. I spent the next week or so doing makeshift training, still hoping to get one more race in at Stumptown (Portland) before the USATF National Championships (USAs).

As the knee pain vanished over those 10 days a new pain appeared in my hamstring. It felt manageable, until the day I warmed up for my race. Coming down a hill at the end of my warmup I had some awful sharp pain pangs, which never is a good thing. I don’t think in my career I have ever made the decision to not run a race, and although in retrospect that decision saved my season. But it was really tough decision to make at the time.

I thought for sure my season was over. I think my teammates, Lauren, and perhaps Bob and Sarah would have said so as well. I was irritable and frustrated over the next five days, wracking my brain for what went wrong. My mom and Jordan (my boyfriend) fielded upset phone calls.

A couple of days before USAs I ran two intervals to test out my hamstring. They didn’t feel great, but it was a glimmer of hope. I ran a couple of strides the morning of my first 800 at USAs and just crossed my fingers it would hold up.

USAs was an amazing whirlwind. It was probably a turning point in my running career as a whole, and a weekend I will never forget. I made my first U.S. Championships final. I PR’ed, and I ran myself to a place that no one thought I belonged in. Despite my disqualification from the final, it all still felt overwhelmingly positive. 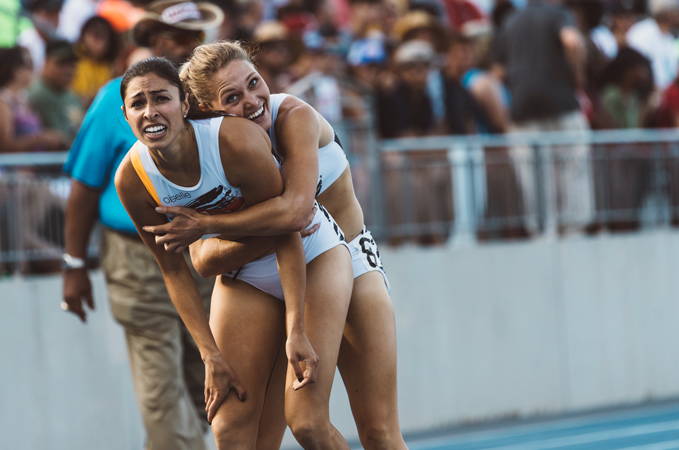 Rebecca with teammate Sadie Henderson, realizing she qualified for her for firs U.S. Championships final.

In my August races I built confidence on top of that confidence. Every time I stepped on a starting line I believed more and more that I belonged, and I could be successful. The feelings of doubt I so often experience before races were melting away. I began to feel unstoppable. I can’t quite put it into words, though one that comes to mind is gratefulness: grateful I am still competing after all these years, that my body will let me run, and that I have such an amazing support system. It seriously does take a village, and I think I have the best village out there.

After a series of European races I flew to New York City to race the 5thAvenue Mile. As a kid I watched this race on television. It was arguably the most competitive race I had run in all year, outside of maybe the U.S. Championships final in the 800. But the confidence house I worked so hard to build stuck with me. In a field that could have swallowed me whole even a few months ago, I believed I belonged. As I said before, all you can ever really do is give yourself a chance mentally, emotionally, and physically, and if the stars align on the day, amazing things can happen.

I ran a 16-second personal best in that road mile, and surprised myself and probably the entire distance running community for the second time this year. It was wild!

I am proud of how I competed, and most importantly I think nearly two years after graduating from college, I am beginning to find my feet as a pro.

The journey in this sport is continuous and not always linear. One moment it can feel like the heavens are falling on you, and the next you are on top of the world. I am going to do my best to stay healthy and protect this awesome momentum.

After all, the Olympic Trials are next year. You never know what magic can happen if just you give yourself a chance!