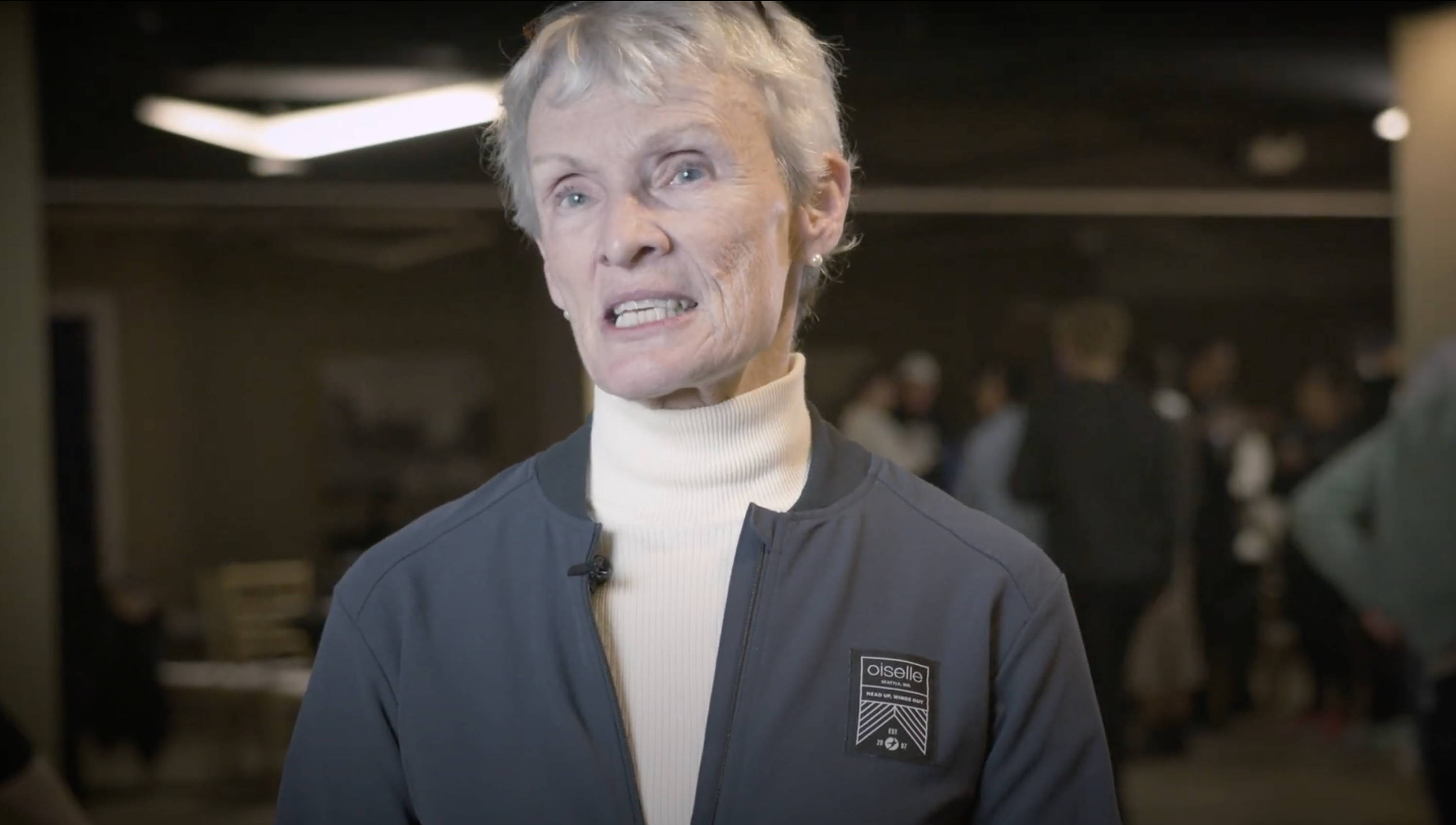 Within women’s distance running, it can be argued that no other woman has been involved more aspects of the sport than Cheryl Treworgy: as a newcomer, collegiate athlete, pro, teacher, coach, athletic director, photographer, gear designer, trailblazer, and parent, to name a few. (Unfortunately, Instagram captions have limits, so here is just a taste of Cheryl’s story.)

Cheryl Pedlow was born on December 25, 1947 in Indiana. Her parents divorced when Cheryl was around two years old. Her mother remarried when Cheryl was nine, and her new stepfather turned out to be an abuser. Cheryl first ate to cope, then worried that would only bring more attention to her body. She read about physical fitness in the paper (in a piece by Bill Bowerman), and started to give exercise a try, starting with a few laps at her high school’s track when no one was around. Running became a good friend, and a good reason to get out of her house.

Cheryl’s workouts caught the notice of her social studies teacher, who also happened to be the track coach, and he encouraged her to join the boys’ cross country team as there was no girls’ team in 1964. And she did, until someone complained about her “distracting” presence to the local school board. They voted that she only be allowed to run when the other teams were not around. Training alone (and even more so, training without other women around), would unfortunately be a mainstay of Cheryl’s career.

As many young women and girls did pre-Title IX, Cheryl joined a local track team, the Hoosier Track Club, for competitions. Sprints were not a good fit, so she kept trying longer distances. Track seasons at that time could only offer the 800 to girls, but XC – with its rough terrain and greater distances – was a great fit. Cheryl would finish in the top 10 at Nationals 13 years in a row, starting in her senior year of high school.
In 1970, after a move to California with then husband, Larry Bridges, training continued. A normal cap on a XC season for many CA runners was a marathon, and Western Hemisphere in Culver City was popular. Cheryl gave 26.2 a first try that year, finishing top woman, but not running as well as she would have liked. During the run up to the 1971 race, she trained both for XC as well as the marathon. And just three weeks after finishing 3rd at XC Nationals, Cheryl took first place again in Culver City – this time with a world record time of 2:49:40.