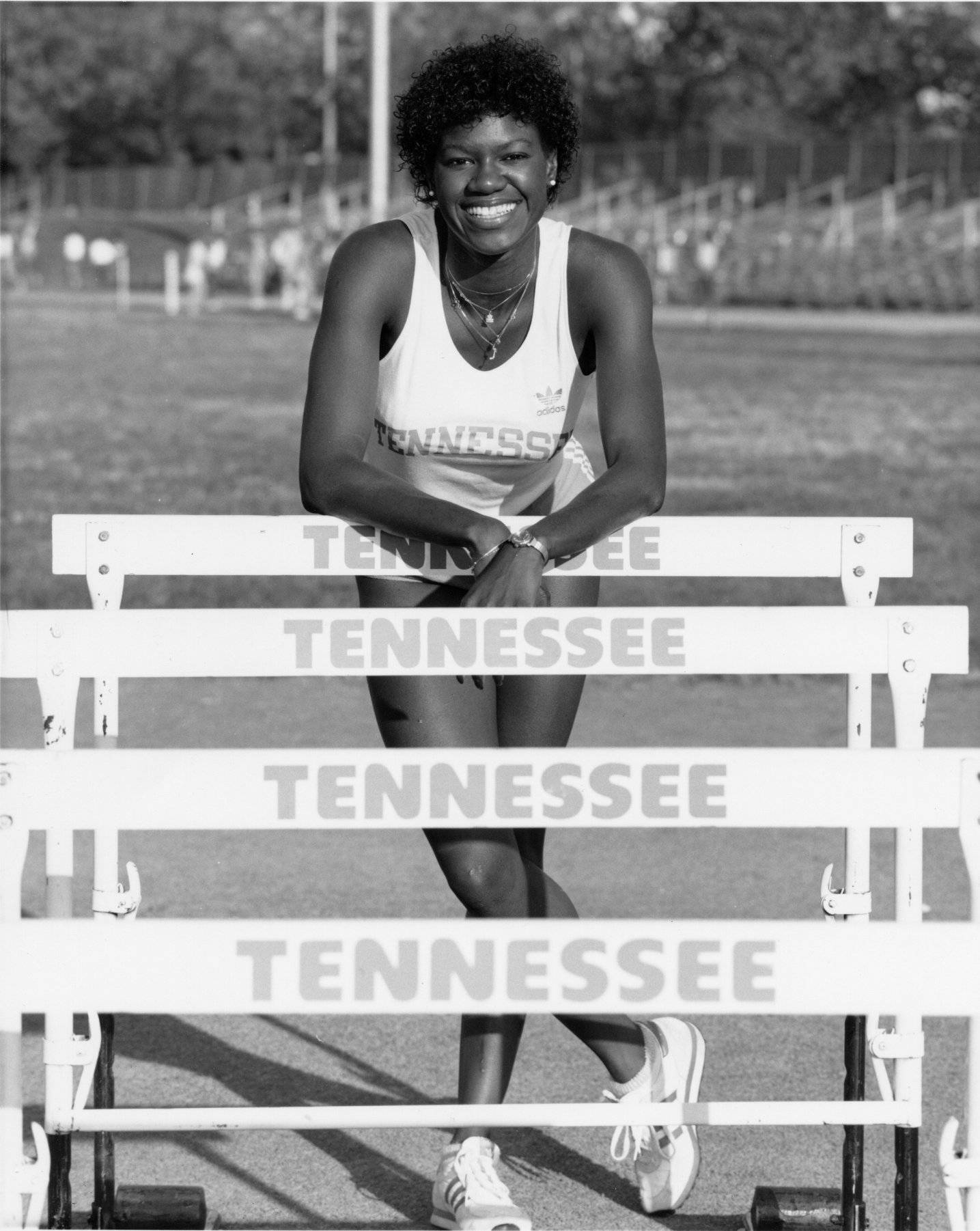 Benita Fitzgerald Mosley was born in 1961 and grew up with her sister and parents (Rodger and Fannie) in the suburbs of Dale City, Virginia. She was involved in many extra curricular activities — gymnastics, softball, violin, flute and piccolo among them — before discovering track in seventh grade.

"I was good at it. I was fast, and I started winning immediately. And that's pretty contagious."

In her sophomore year at Gar-Field High School, Bonita won the first of three state 110-yard hurdle titles. And in 1980 the University of Tennessee granted her a full athletic scholarship to run for them. While Benita earned a B.S. in industrial engineering, she became a 15 time All-American and won 4 NCAA titles.

Benita made the U.S. Olympic Team for the (boycotted) 1980 Moscow Games, and again in 1984. And at the Los Angeles Games she beat event favorite Britain’s Shelly Long by 0.04 seconds, even after clipping the second hurdle, to become the USA’s first women’s hurdle gold medalist in 52 years.

“The year before at the World Championships [Shelly] had beaten me and after the race she started smoking a cigarette. I had vowed that she would never beat me again.”

Benita retired from the hurdles in 1990, but not from the Olympics. After several years of working for defense contractors, she served as a Program Director for the marketing division of the 1996 Atlanta Games Committee. In 1995 she was appointed director of the (then new) USOC Training Center in Chula Vista. She served as president of the Women’s Sports Foundation in 1997-98, Chief of Sport Performance for USA Track & Field from 2009-13, and Chief of Organizational Excellence for the USOC from 2013-16.

And on the sidelines of the 2016 Rio Games, Benita watched as Team USA women swept the podium of the 100m hurdles.

“I always say that my gold medal is the gift that keeps on giving. I just want to pay it forward to other kids and women, in particular, to be able to fulfill their dreams.”