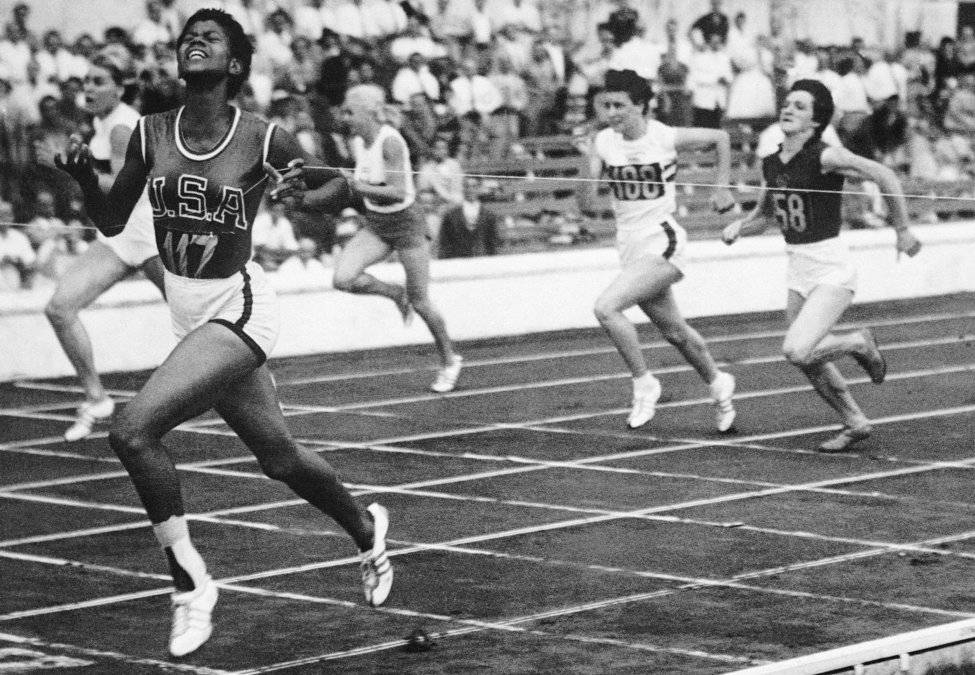 Wilma was 1 of 22 children from her father’s two marriages, and she was premature — weighing just 4.5 lbs at birth. By five years old she had lived through pneumonia, scarlet fever and polio, but the latter left her left leg paralyzed and twisted.⁣

“My doctor told me I would never walk again. My mother said I would. I believed my mother.”⁣

Little medical care was available to Black residents of Clarksville, Tennessee in the 1940s, so Wilma and her mother made weekly bus trips to Nashville for treatments at the historically black Meharry Medical College. Two years of weekly treatments, plus daily massages with the help of family members, and Wilma went from hopping on one leg at 6 to walking without special equipment for her leg by 12 years of age.⁣⁣

It was around the age of 11 that Wilma’s natural athleticism began to shine though. She found basketball, and later set several records for her high school team. She moved so fast on the court her coach nicknamed her “Skeeter” after the fast moving mosquito.⁣

It was on the basketball court where Tennessee State’s track and field coach, Ed Temple, spotted her. Temple invited the 14-your-old Wilma to his Tigerbelles summer training camp, and her track career took off.⁣

Wilma won all nine events she entered at a post-Tigerbelles camp meet in Philadelphia. At the 1956 U.S. Olympic Team Trials in Seattle she qualified in the 200m, at the age of 16. Her time at the 1956 Melbourne Games was not enough to make the finals, but she ran the third leg of an all Tigerbelles 4x100m relay team that earned a bronze medal.⁣

She retired from sport in 1962, saying she wanted to go out at the peak of her career like Jesse Owens did after the 1936 Berlin Games.⁣

Wilma passed away in 1994. Peace be to her memory.