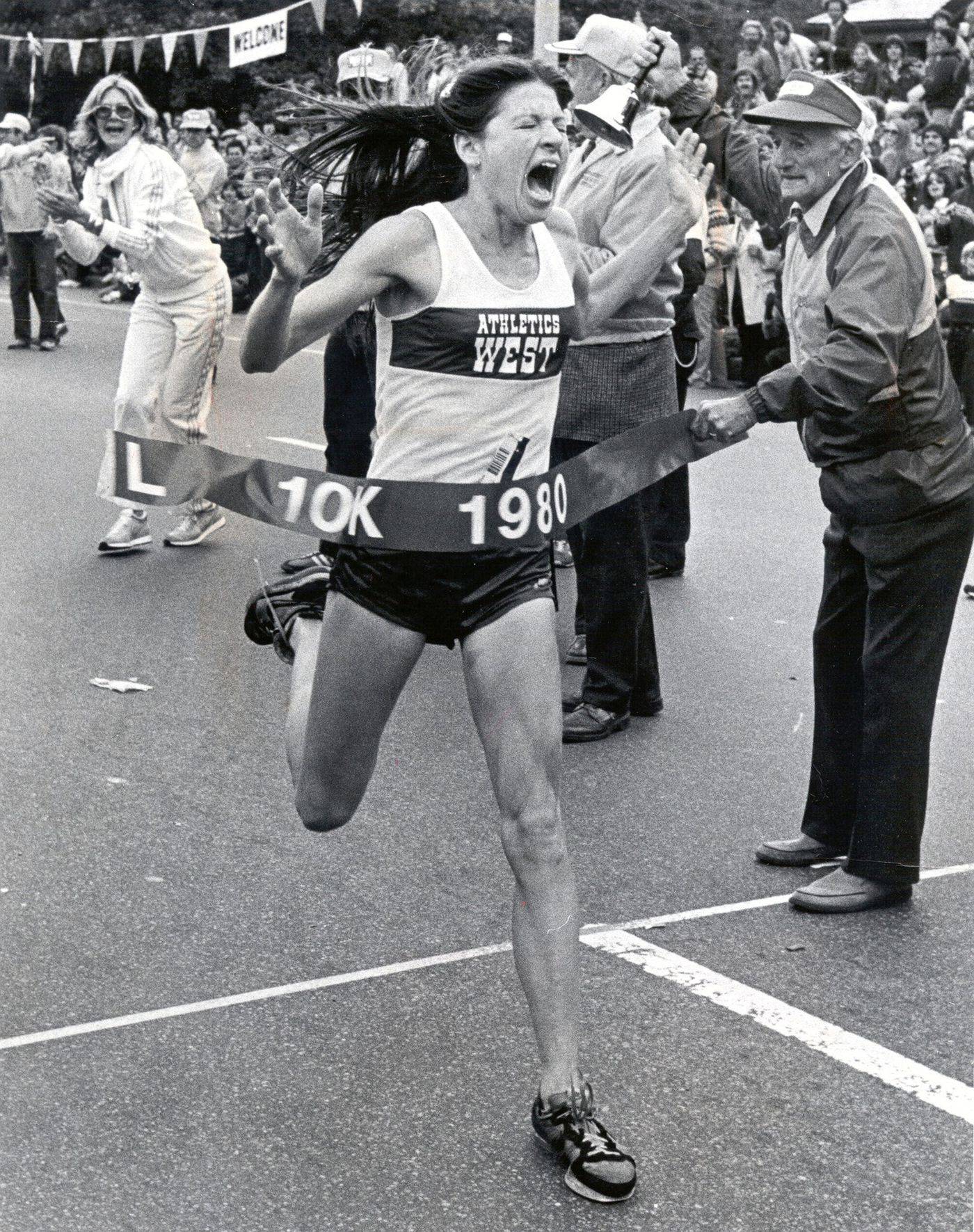 First American woman to break 2 hours 30 minutes in the marathon. The rest of her running resume is just as record breaking: eight new American distance records within six months of each other (5mi, 10K, 15K, 10 mi, 20K, half marathon, 30K and full), along with holding world records for many of those distances. ⁣

Patti was the oldest of nine children in a home where her father (second-generation Irish) died when she was 18, and her mother (Miꞌkmaq First Nations from Nova Scotia) kicked her out of the house at 19.⁣

She began running just before her 23rd birthday, calling it the “Be Nice to Patti Campaign.” The catalyst was a former schoolmate walking into Patti’s work one day looking the opposite of how Patty felt: Poised. Confident. Probably not living the two-pack-a-day, drinks-after-work lifestyle Patti was. ⁣

She began by running laps in her local cemetery. It hurt, but she felt JOY. Around six months later she ran her first marathon -- and won it, in 2:53.⁣

The year 1982 was rough for Patti. Husband and coach Joe Catalano did not react well to the Boston second place three-peat. Joe wanted to be known as a great coach, and his athlete was not holding up her end. Additionally, after Patti spoke up about taking the sport in a more professional direction (ex. making the under-the-table payments to lure top athletes to races into real, open paychecks) she was banned by the Amateur Athletic Union. Injuries started popping up. She tried to push to make the first women’s marathon Olympic team in 1984 but finished far back in the pack.⁣

''I look back now at what I went through, and I see that I was just growing and I wasn't sure I wanted to. Now I want to run hard, be in control and feel powerful.''⁣

Reddit AMA (Ask Me Anything) with Patti Catalano Dillon, June 14, 2017