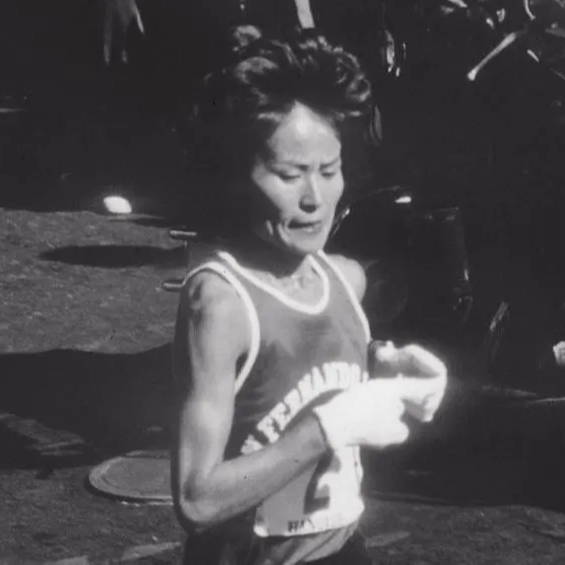 Miki was born to Japanese parents in China in 1935, but the family moved back to Japan after WWII to a remote area without much support. Miki’s childhood and young adult years were spent in an impoverished state. Every four years, listening to the Olympics on the radio was one welcome distraction.

After Miki’s father died, she worked three jobs to help make ends meet. When an American army colonel offered her a babysitting gig, Miki thought this was her shot at learning more English and perhaps even moving to the U.S. And it was, eventually. The new childcare job in Pennsylvania left her with few hours for classes, or much money.

Eventually Miki found work with another family out in Los Angeles, and later a job with a Japanese import company. She met her husband, Mike Gorman, relaxed into her new, comfortable life, and was the happiest she’d ever been.

Miki’s size had always bothered her (5’0 1/2”, 86 lbs.) and Mike encouraged her to give exercise a try. She enrolled at the Los Angeles Athletic Club (LAAC) and tried a few classes before finding running.

The LAAC held an annual indoor mileage contest in October which included a “who can run the most” day on the 31st. Miki managed 86 miles in one day the first year, and cracked 100 a few years later. It was then that a coach asked her to consider a local cross country race. The open air and hills made her feel free, and she found she had endurance in the last miles that many opponents could not match.

In December 1973, at age 38, Miki ran her first marathon (Western Hemisphere, Culver City). She was trailing a group of women at mile 20, but then reeled them all in to not only win the race but set a new world record in the process.

Four months later she ran the Boston Marathon and won, in a new course record of 2:47:12.

Miki Gorman passed away in 2015 in Bellingham, Washington at the age of 80. Peace be to her memory.