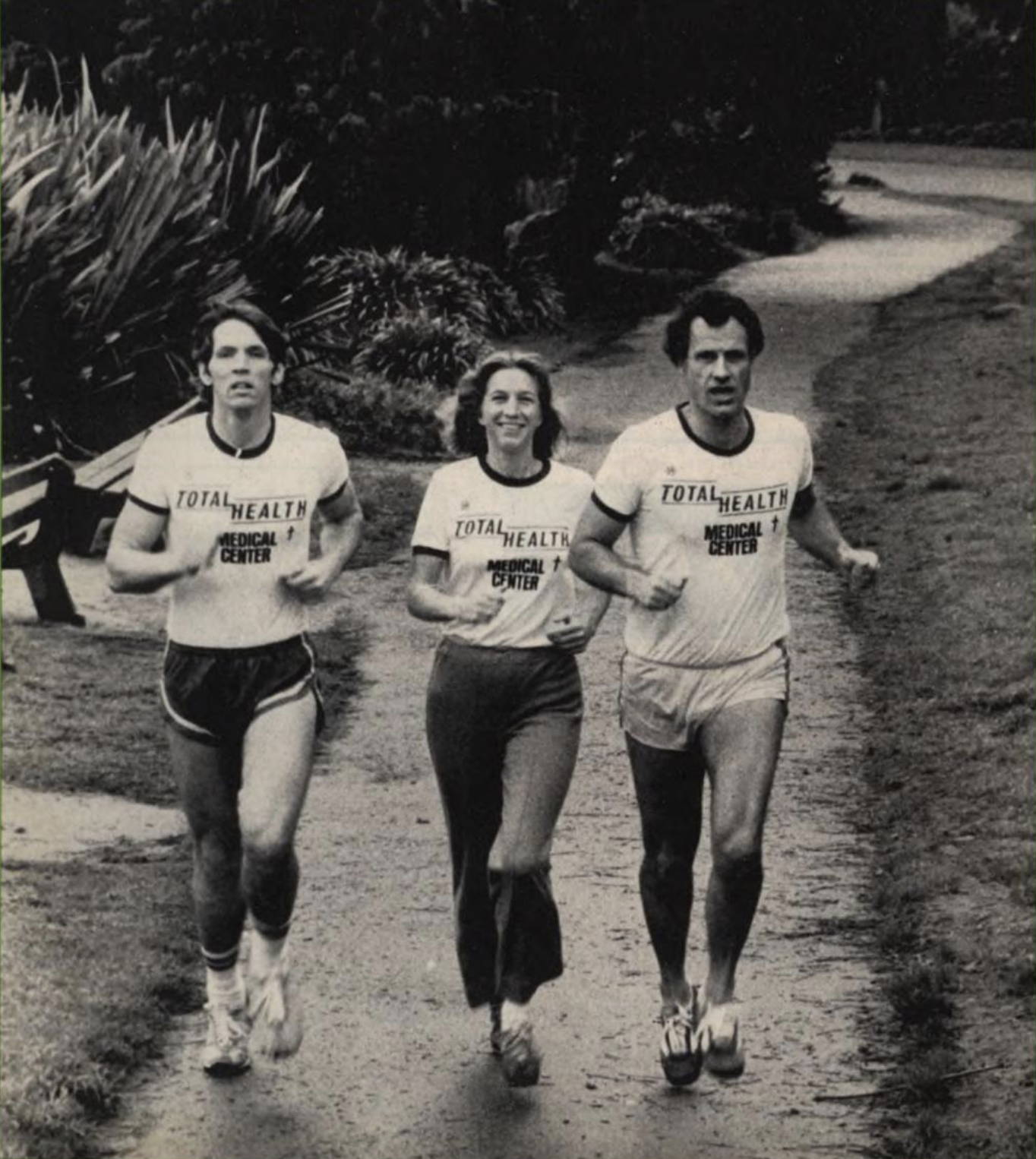 12-TIME PARTICIPANT IN THE BOSTON MARATHON

U.S. TEAM MEMBER FOR THE FIRST INTERNATIONAL WOMEN'S MARATHON IN WALDNIEL, GERMANY IN 1974

Dr. Joan Ullyot was born on July 1, 1940 in Chicago, Illinois and raised in an all-female household (mother, sister, grandmother, and even the family pets) after her army pilot father was killed in a plane crash when she was two years old. The family moved out to Pasadena, California when Joan was nine, and she and her sister later attended Westridge School a private, all-girls school that focused on the empowerment of women.

After high school, Joan attended Wellesley out in Boston. After graduation from Wellesley was coursework at Columbia and Barnard for premed requirements, followed by Harvard Medical School. She graduated Harvard in 1966.

Joan’s first run in with the marathon was just after a visit to a supermarket in Boston on a certain Monday in April of 1969. She was trying to get home with groceries and a young son and found the road blocked by police and crowds. Skinny men wearing little shorts sped by. “How weird,” she thought, before forcing her way across the street toward home.

It wasn’t until time at a sedentary lab job in San Francisco (coupled with cigarettes and snacks and falling behind on family walks) started affecting her health that Joan considered running. She saw it happening around her in California, and had recently been inspired by Ken Cooper’s book, “Aerobics.” So she and a friend headed to Golden Gate Park to run one mile, which they did. The accomplishment felt great, as did being outside. They kept at it.

After learning the hard lesson of not rushing fitness to avoid repeated injury, Joan came to realize that progress came easier if not forced. (The “10 Percent Rule?” That’s Joan.) And after a lot of slow but consistent training, with long runs of up to 20 miles, Joan ran her first marathon in 1973, finishing in 3:17.

And on a certain Monday in April of 1974, Joan returned to Boston to run past her alma mater for the first time. (She’d do it again 11 more times in her career.)

Joan was part of the U.S. team at the first International Women’s Marathon in Waldniel, Germany in 1974 (her first sub-3:00) and also served as team interpreter. It was here that she met Dr. Ernst van Aaken, an ardent supporter of women in distance running. He would serve as her coach, mentor, and friend, and encouraged Joan to use her medical background to fight the misinformation about women in running and other sports.

Joan took her medical experience and her running experience — “I got almost every injury in the book” — and turned it into the first book about running for women. “Women’s Running” was published in 1976, and updated to “New Women’s Running” in 1984.