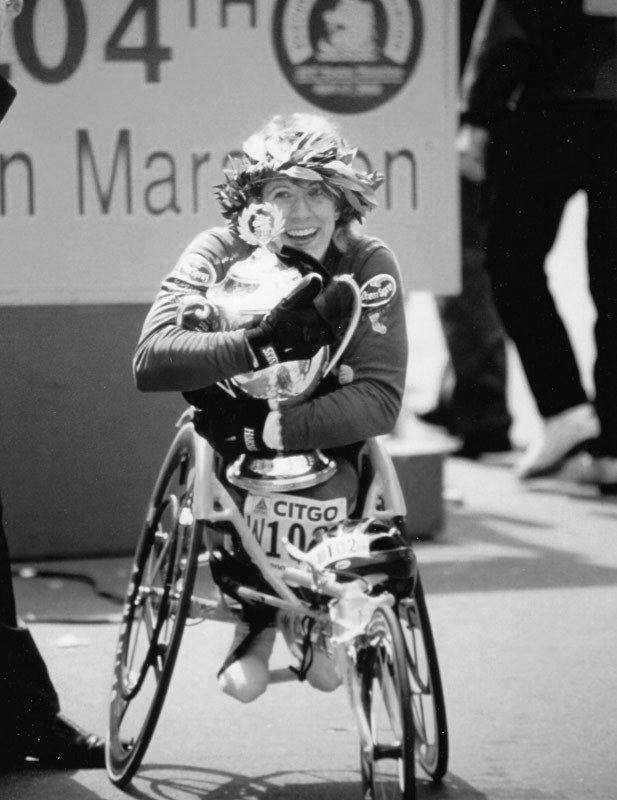 Jean was born with spina bifida, a birth defect where the spinal cord of an embryo doesn’t develop properly. In Jean’s case she was able to walk with the help of leg braces, but balance was a constant issue. And so were falls. Learning to ride a bike, however, brought her new independence. ⁣

Starting as early as elementary school, Jean was involved in many sports…as the stats keeper, on the sidelines. But at age 13 when a bad fall from her bike lead to a series of five surgeries, a wheelchair became Jean’s new tool for getting around. Socially it was a difficult adjustment to make, but it opened up a whole new side of sports: PLAYING.⁣

A friend introduced her to wheelchair soccer (after a year of asking — Jean didn’t want to be seen hanging out with “those wheelchair people”), and was surprised by all the contact and intensity involved. She was hooked.⁣

Wheelchair soccer led to basketball which led to the University of Illinois and eventually track and field. Jean won four medals at the 1988 Paralympic Games in Seoul, then tried a longer race (12K Bloomsday in Spokane, which she won). It was at this point her coach suggested she try a marathon. “That was something nutty people did,” she said. But she gave the Chicago Marathon a try, and finished in under two hours, qualifying her for Boston.⁣

Her coach said she had to do Boston. Again, she was reluctant. At the starting line of the 1990 Boston Marathon she didn’t believe she belonged there. When she won, she set a new world record by seven minutes. And she returned to that starting line 10 more times, winning eight of those races.⁣