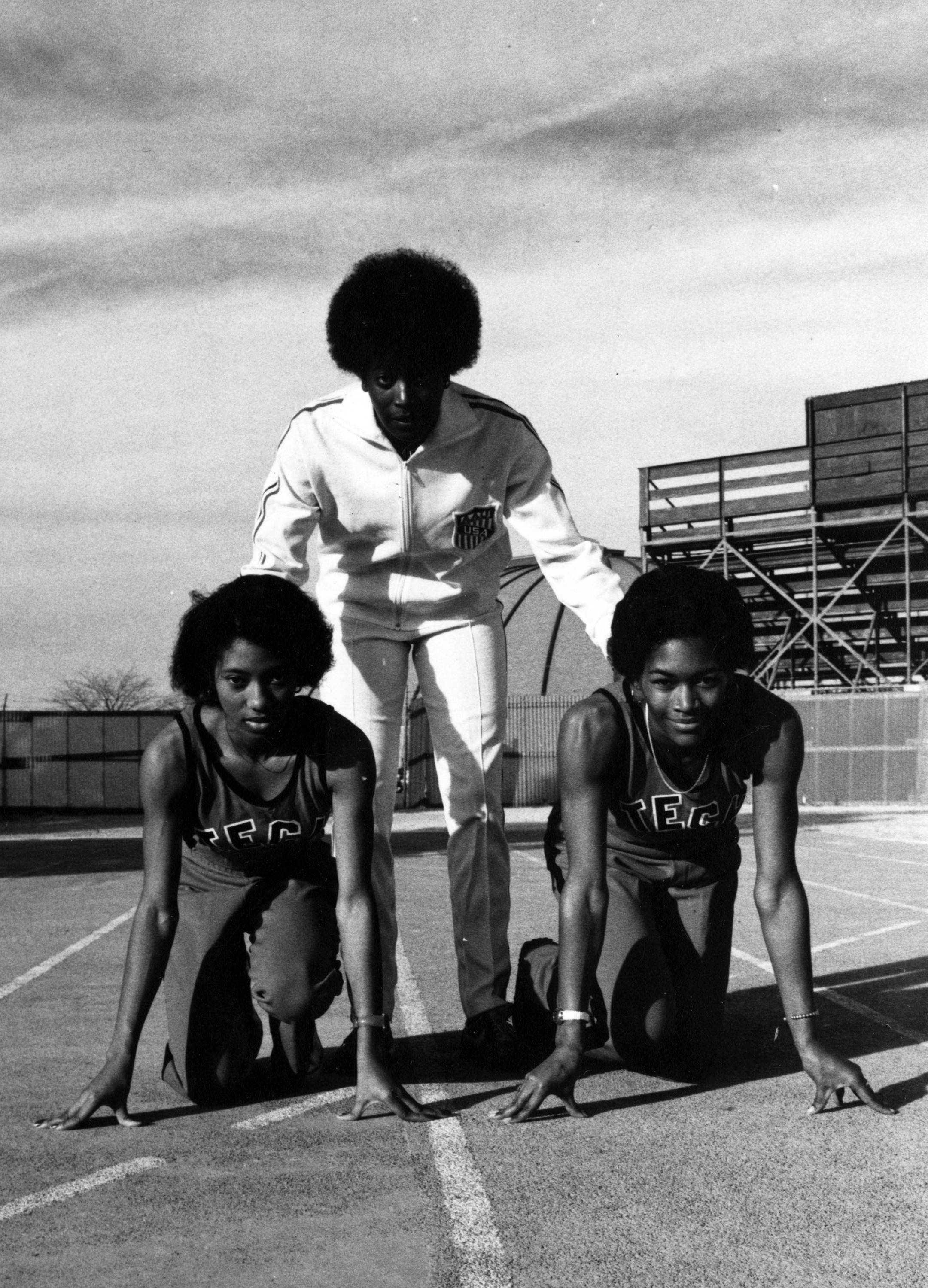 QUALIFIED FOR THE 800M, PASSED TO FRANCIE KRAKER

Jarvis Lavonne Scott was born in Waco, Texas to Ivory Scott and Johnie Mae Hester in 1947. She was the oldest of six. At age 9, the family relocated to the Watts section of Los Angeles.

“I was raised under the worst of conditions,” she said in a 1979 interview. “It was a common sight for a dead body to be on someone’s front lawn in the morning. This is where I grew up. I saw my brother knocked unconscious by a policeman’s nightstick, and I saw the rioting in ’67.”

Jarvis began running in high school, graduating with honors in 1964, and joined the LA Mercurettes Track Club after seeing Coach Fred Jones speak at her school. She trained all day and attended LA City College at night, often dropping into bed exhausted.

“People would ask me ‘why?’ I knew why. I wanted to see the end result. Besides, there was no place else for me to go.”

Jarvis also ran for and played basketball at Cal State L.A. before moving back to Texas (Lubbock). After running competitively until 1976, Jarvis coached both the women’s track and cross country teams at Texas Tech University from 1979 until her retirement in 1991.

“[Her athletes] were being trained like an Olympic athlete, from the least important to the most important, and that’s why every one of those girls loved her to death.”