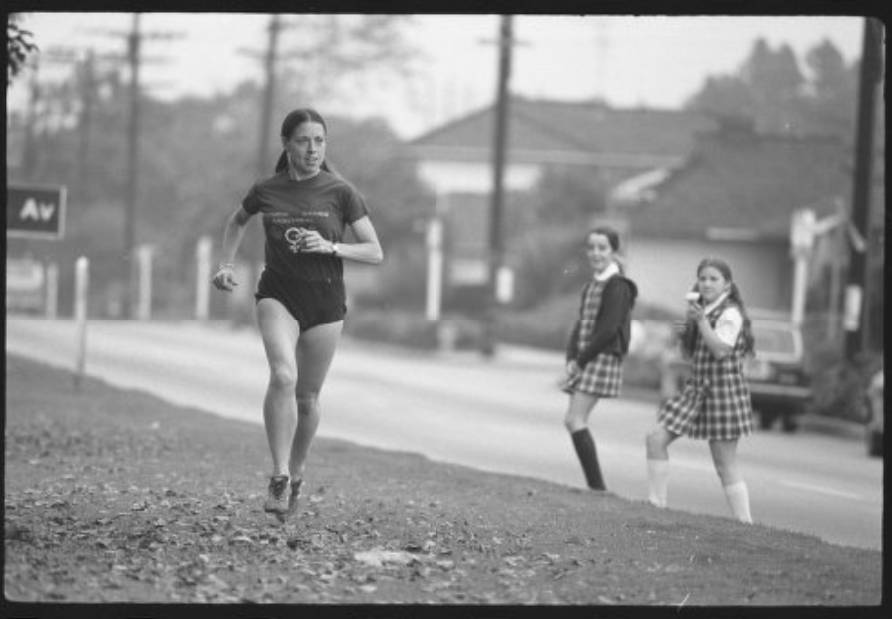 QUALIFIED FOR AND RAN IN THE FIRST U.S. OLYMPIC TEAM MARATHON TRIALS (1984)

First woman to run under 2:40 in the marathon. Advocate for including women’s distance running in the Olympic Games.⁣

In school, Jacqueline Hansen hated P.E. class. She tried many sports, but nothing clicked. In 1966 her new P.E. teacher happened to be 1956 U.S. Track and Field shot put champ Dixie Griffin. Dixie saw there was a boys track team but nothing for girls, so she started one. Jacqueline was happy to avoid softball and tennis in the spring and joined up.⁣

During this time, girls were only allowed to run up to 440 yards. Event distances grew in college to a whopping mile. When Jacqueline started training at a track club under a coach recommended by a friend, she thought the warm up was the whole workout.⁣

In 1971 Jacqueline spectated her first marathon (Western Hemisphere, Culver City), and watched Cheryl Bridges (Shalane Flanagan’s mother) break 2:50. Two weeks before the 1972 race, Jacqueline told her coach she was going to run it. The last miles were rough, but she ran 3:15.53 and won.⁣

Jacqueline was one of the fastest distance runners in the world, the year before the 1976 Olympic Games. But at that time the longest event available to women athletes was the 1500m. There was no team to make.⁣

This was when she switched careers — from distance runner to activist.⁣

It took over 10 years of advocacy and international class action lawsuits from Jacqueline and an group of female athletes against the International Olympic Committee and the International Amateur Athletic Federation to get more distance events into the Olympics, but it did eventually happen — 3,000m and marathon (1984 LA), 10,000m (1988 Seoul), and 5,000m (1996 Atlanta).⁣

And while Jacqueline did not make the 1984 U.S. Olympic Team, she made the Marathon Trials start line, along with 237 other women who had that same opportunity because of her.⁣