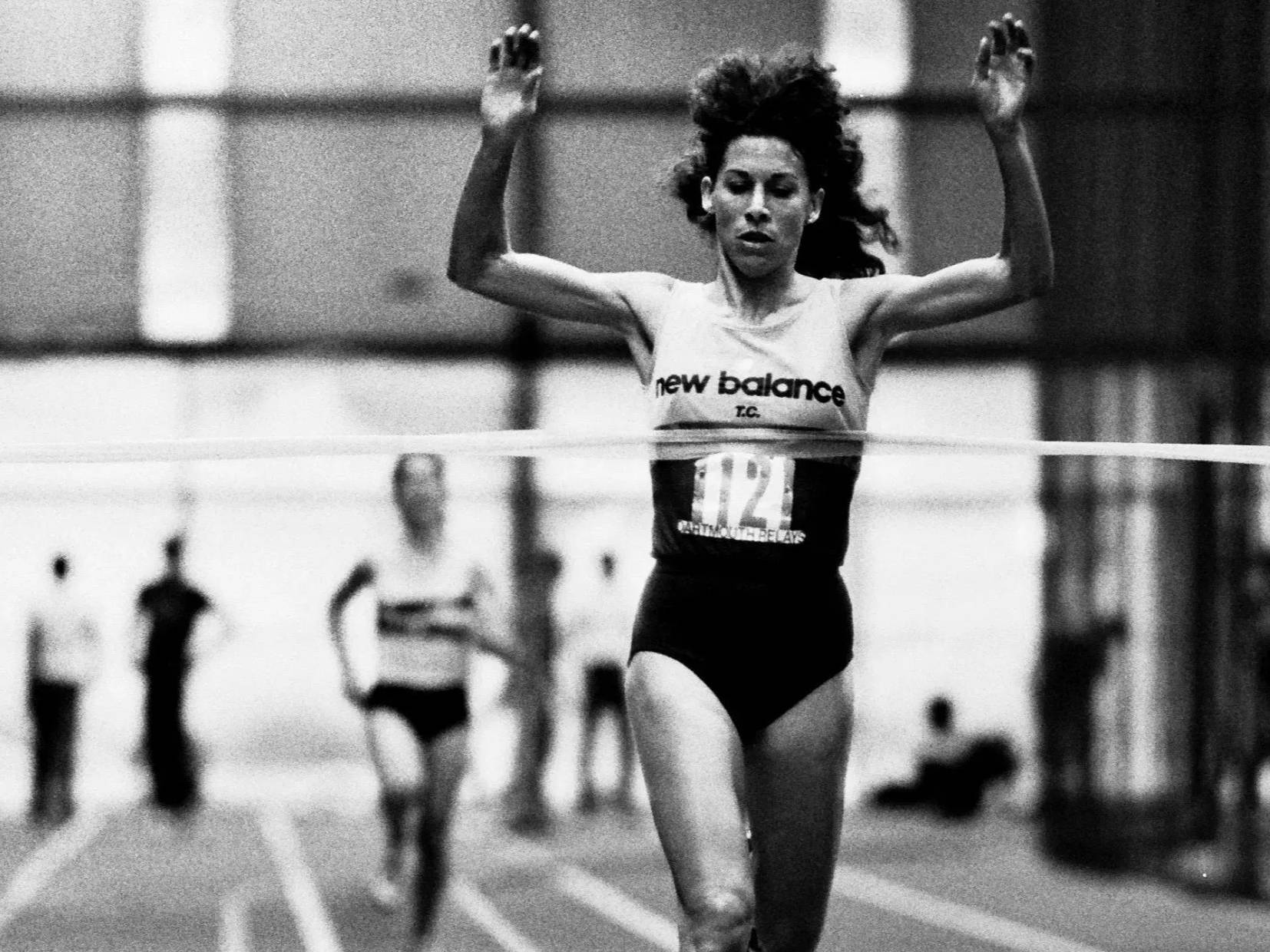 Francie grew up in Palo Alto, California, the sixth of nine children. Her brother Ron, 15 years her senior, ran the 10,000m at the 1964 Tokyo Games when she was in sixth grade. All of a sudden running seemed like a big deal.⁣

Her athletic career started around then, at a track club with a coach some 30 miles away. By 1968 she was competing overseas, running sub-4:30 1500s. In 1972 she won the U.S. Olympic Trials in the distance, but didn’t move on from the semi-finals during the tumultuous Munich Games.⁣⁣

At the 1976 Montreal Games Francie ran while ill, and again didn’t make the finals in the 1500.⁣

Francie made the U.S. Olympic Team again in 1980, during the boycott year. Missing the Moscow Games meant no third try at an Olympic medal in the 1500.⁣

The 1984 Los Angeles Games would be the 3000m event debut for women, and Francie thought a switch to longer distances would work in her favor. Unfortunately, she did not make the team that year. But she did attend the Games as a spectator, watched Joan Benoit’s historic win in the first women’s Olympic marathon, and got inspired.⁣

In 1986 Francie ran her marathon debut at Houston and finished 2nd in 2:33:37. But for her fourth Olympic team (1988 Seoul) she ran in the 10,000m (the first time the distance had been offered for women). Everything finally clicked, both on the track and off, and she finished 5th in the world.⁣

In 1992 Francie made her fifth and final Olympic team, and was chosen by her teammates to carry the U.S. flag in the opening ceremonies. She came in 12th in the marathon with a 2:41:09 on a hot and humid day. At age 39.