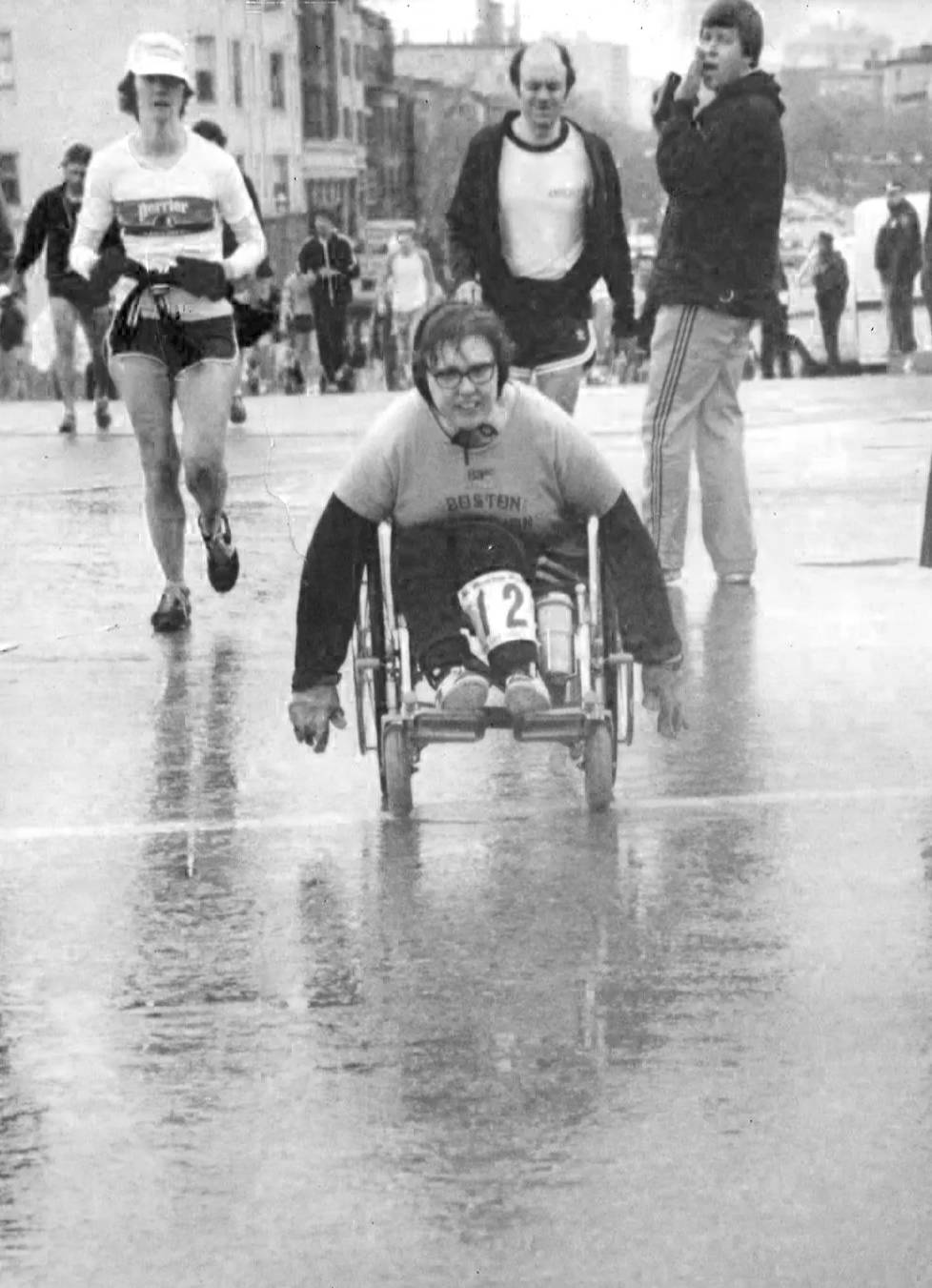 Ella contracted polio in 1951 at the age of six and lost the use of her legs. Then she went on to participate in a wider range of sporting events than most humans of any ability: baseball, swimming, fencing (foil and epée), track and long distance, to name a few.⁣

She competed in numerous international parathletic competitions throughout her life, and participated in three Summer Paralympic Games over a span of 32 years: 1964 (Tokyo, the second Games to hold Paralympics), 1968 (Tel Aviv), and 1996 (Atlanta).⁣

The first year that the Boston Marathon had an official Wheelchair Division was 1975 (three years after women were officially allowed to race). Ella raced Boston in 1979 in her everyday, 50-lb wheelchair. (Current day racing wheelchairs weigh less than half that amount.)⁣

Ella’s longevity in participating in sport is overshadowed only by the years spent giving back to the world of sports. She was well known for her mentorship of parathletes and standing out as an example of the tremendous potential they have in sport. She spent over 50 years of her life contributing to wheelchair basketball as a player, a coach, and more, and was one of the founding members of the Rehabilitation Institute of Chicago (RIC) Express/RIC Chicago Sky wheelchair basketball team.⁣⁣