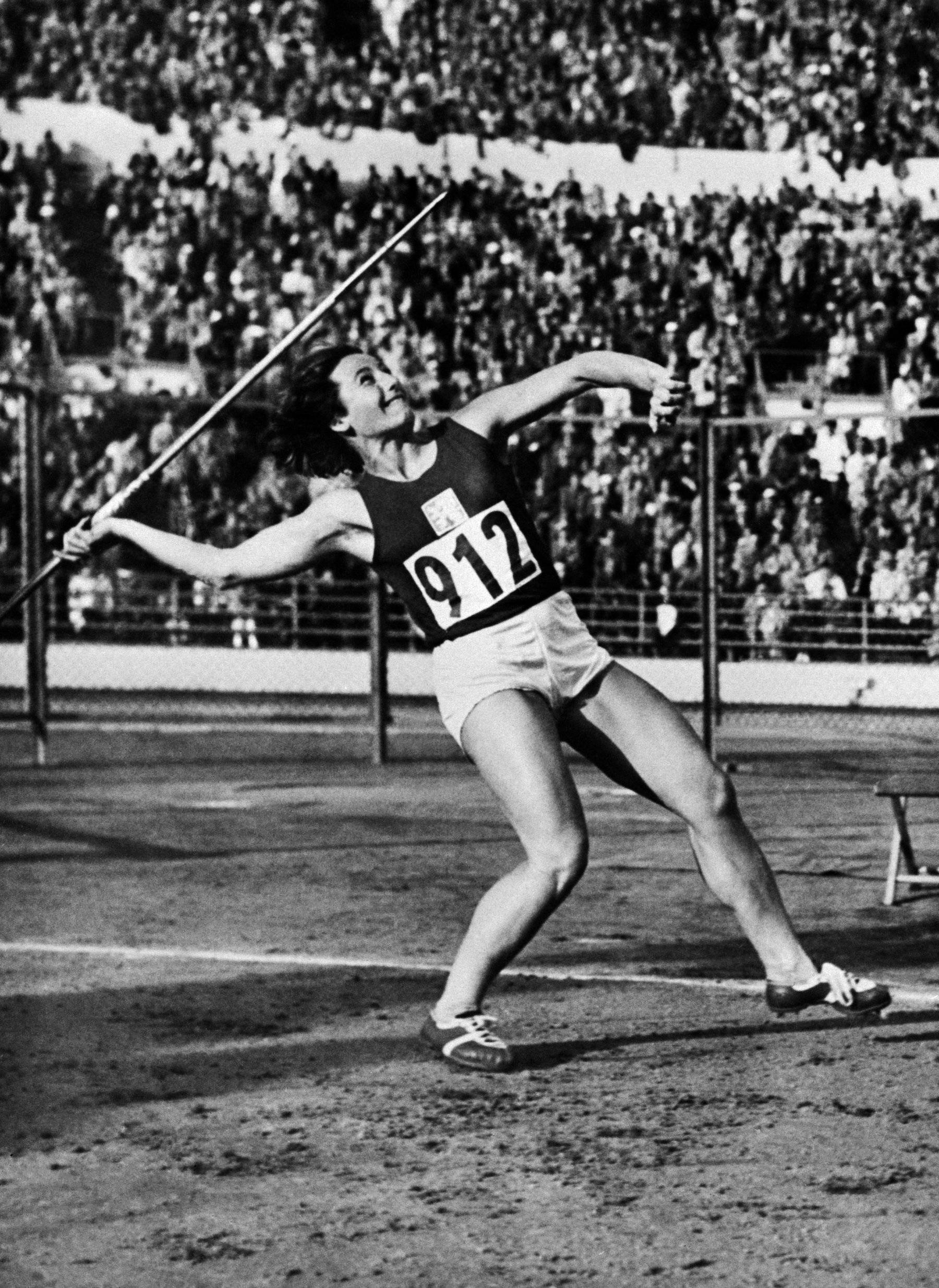 Dana began playing sports during secondary school, playing tennis and team handball before moving to javelin while she was in college, after World War II. ⁣

Dana met Czech distance runner Emil Zátopek (the “Czech Locomotive”) at an athletic competition in 1948. That same year they both competed for Czechoslovakia at the London Games, and married two months later. Together, they were quite the pro athlete power couple, and enjoyed entertaining visiting athletes at their home, including direct competitors. They were married for 52 years before Emil’s death in 2000.⁣

The couple again made the Czech Olympic team in 1952. “He will play at being a spectator,” Dana said of Emil, who had a rupture operation earlier in the year and was thought not ready for racing. (The couple also had a playful relationship and enjoyed ribbing each other.) Emil instead stunned the world by winning gold in three events that year: the 5,000m, 10,000m and the marathon. Dana was trying to concentrate on preparing for her own event over the crowd noise during his 5K race and found the cheering distracting.⁣

Along with her gold in the 1952 Games, Dana was the European javelin champion in 1954 and 1958, and earned a silver medal in the 1960 Rome Games. When she broke the world record in 1958 with a 55.73m throw, Dana become the oldest woman to break a world record in outdoor athletics at the age of 35.⁣

After the 1960 Rome Games, Dana retired from competition and became a throwing coach for the Czech national team. She also served on the Women’s Committee of the IAAF (now World Athletics) for 12 years.⁣