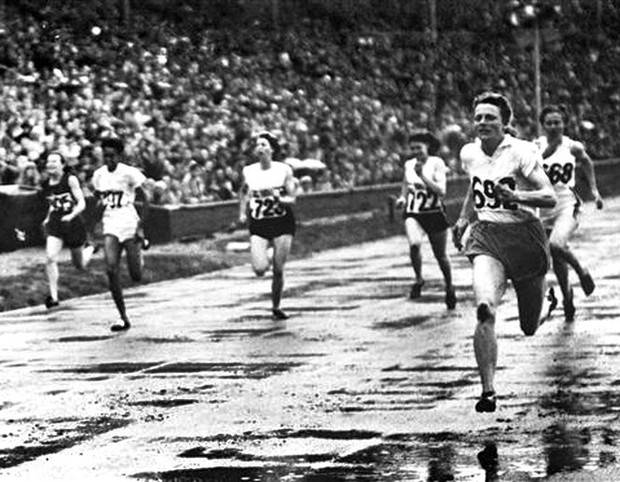 Audrey “Mickey” Patterson was born in New Orleans, Louisiana on September 27, 1926. She began her lifetime-long love of running in elementary school, and track became a passion in secondary school. During a visit from Jesse Owens to her school he told students, “There is a boy or a girl in this audience who will go to the Olympics.” Audrey knew it was her.⁣

She enrolled at Wiley College in Marshall, Texas (an HBCU) in 1947 and dominated the 100m and 200m races at the Tuskegee Relays, the oldest African American relay meet (first held in 1927). She finished her season undefeated. But when a local whites-only hospital refused to treat her ruptured appendix, she left the state for Tennessee State University in Nashville. And ran another undefeated season.⁣

The 1948 U.S. Olympic Trials were successful but unlucky for Audrey. She burned her leg with an iron before the 200m qualifying races. She won her heat, returned to the dressing room, and accidentally got locked in. Her coach heard her crying and found her just in time for the next race. Audrey also qualified in the 100m, coming in second for the first time since high school.⁣

Audrey’s return home to the South from the 1948 London Games was similar to teammate Alice Coachman’s experience: Audrey was celebrated by the local Black community, and largely snubbed by the whites. The Times-Picayune stated that she was from Tennessee and not a local. (Two other local papers called them out on this fact.) New Orleans Mayor Chep Morrison did not attend her celebration at Booker T. Washington High School, but he sent along a signed certificate of merit.⁣