The Volée is a collective of movement-minded women representing all races, faces, ages, abilities, and paces. On a regional level, a group of local team leaders facilitates opportunities to network, engage, and when possible run together - this is the true team experience. The Volée regional leaders participate in extensive training on DEI expectations, community building, and communication. This training and support is led by the Volée Leader Advisory Team which includes women from a variety of professions and running experiences who have invested many years with our Volée community. They mentor and support our new leaders while encouraging them to step out and try new ideas. Check out the Leader Advisor bios below! 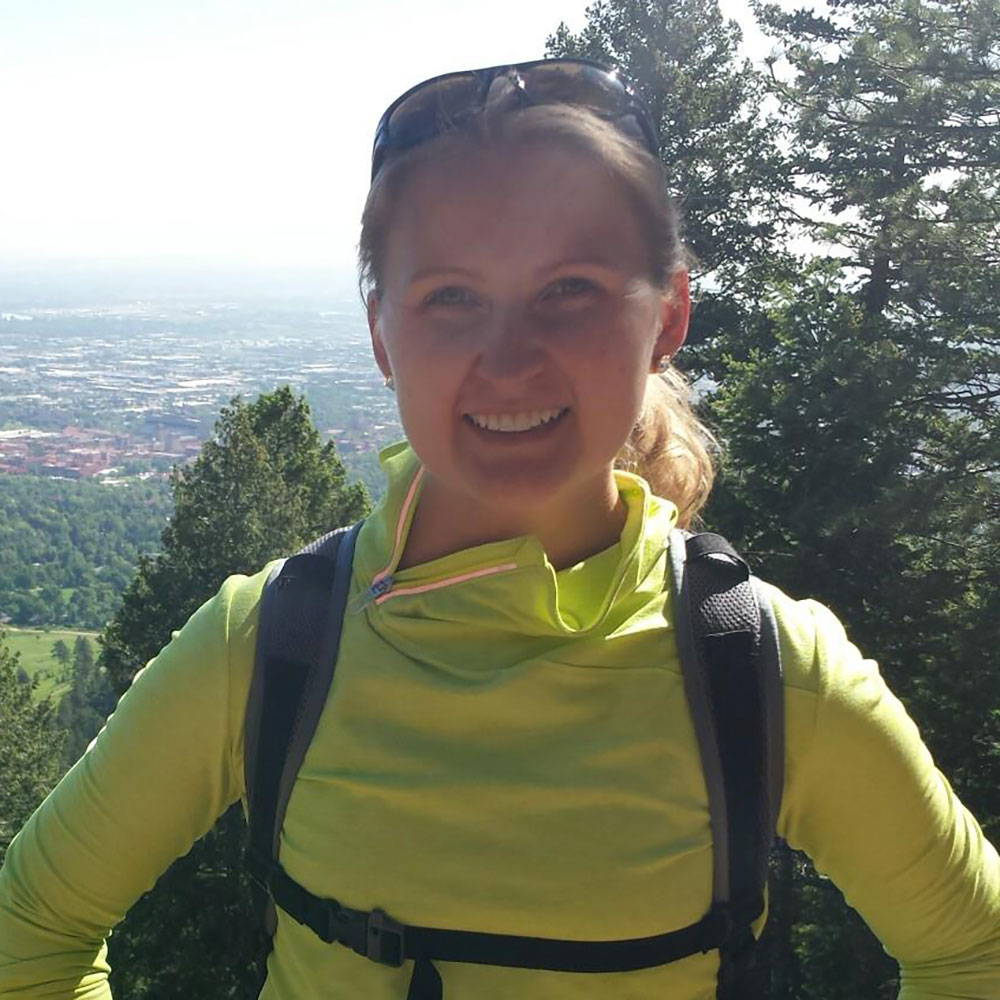 Lisa is a Michigan native and former New Yorker, now living in Denver, Colorado. She joined Volée in 2011 and was a Colorado Volée leader from 2014 through 2019. She’s loved watching the Colorado team, and all of Volée, grow exponentially over the years! Lisa stays involved to give back to the team that has given her so much; close friendships, connections around the globe and unending inspiration! She is an Account Supervisor at a mission-based marketing agency and a member of the Advisory Board for the Newman Center for the Performing Arts. She and her husband Matt love exploring Colorado and traveling as much as possible. 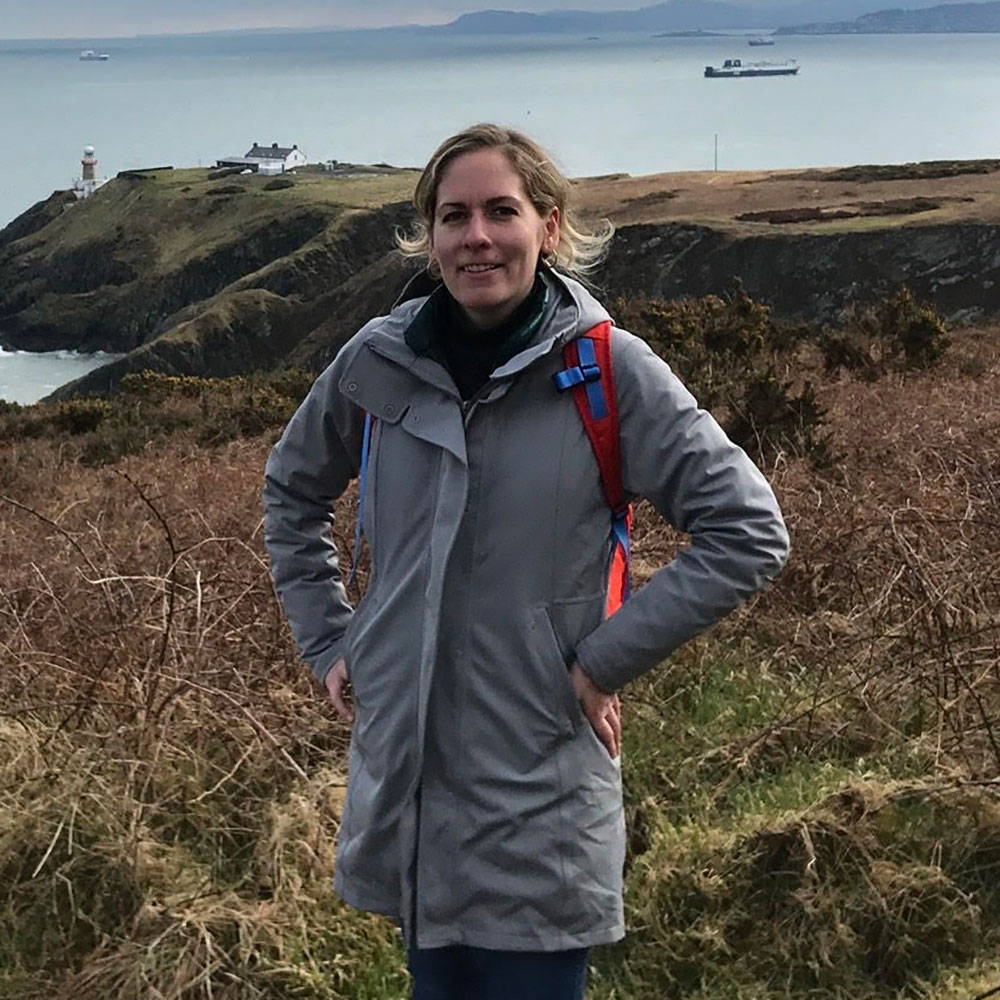 Daniela is a lawyer at a large firm in NYC. Originally from Miami, she has called NYC home for over a decade. She has been a part of the Volee since 2014 and a Volée leader for New York since 2015. Running has been instrumental in helping develop her love of the city, the urban built environment, and the local community. 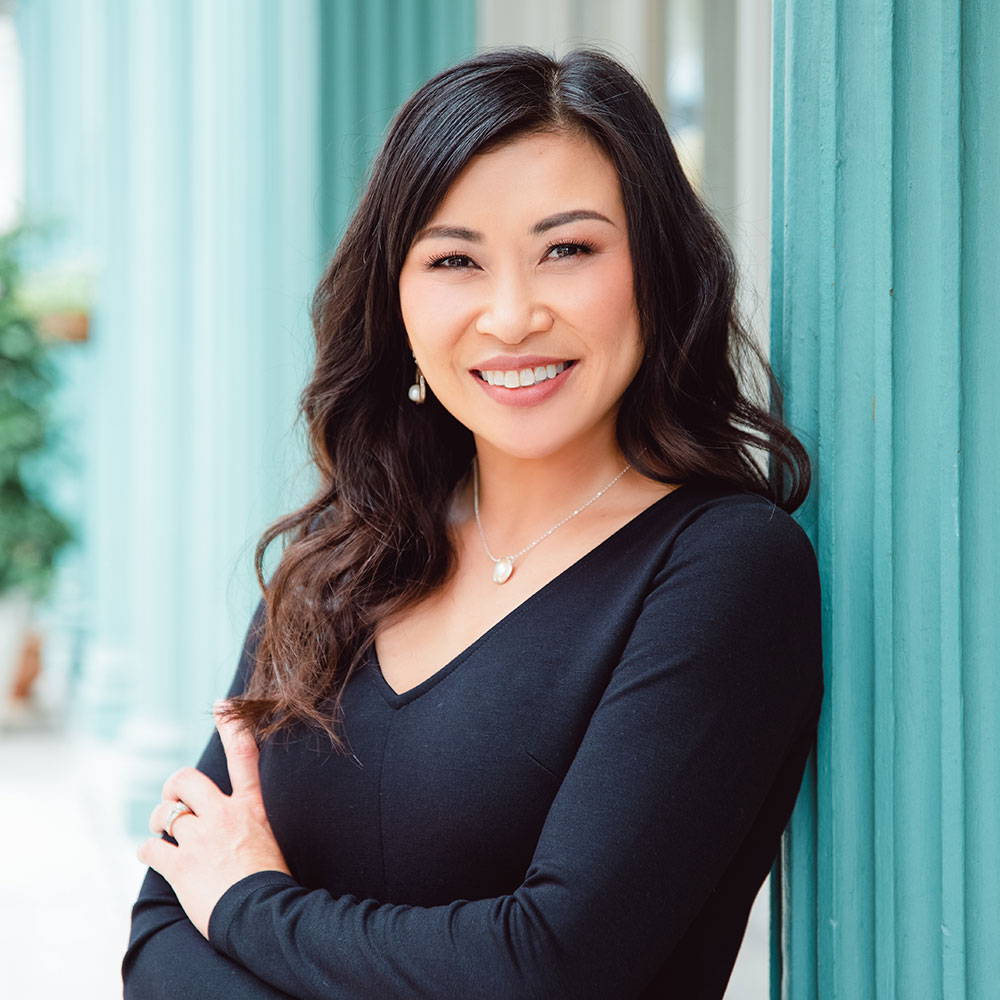 Cecilia is a Georgia Volee leader and has been with the Volee since 2016. She is the Marketing Manager for a civil engineering firm and is an actress with the Bay Street Theatre and Collective Face Theatre Ensemble. Cecilia's goal is to run a marathon in each state and has completed 21 to date. She runs Read, Run & Rant, a running book club and is on the board for several non-profits including Park Place Outreach, Savannah Sports Council, and Savannah Repertory Theatre. Cecilia resides in Savannah, GA with her husband, Michael. They have a son, Alex, and daughter, Camille. 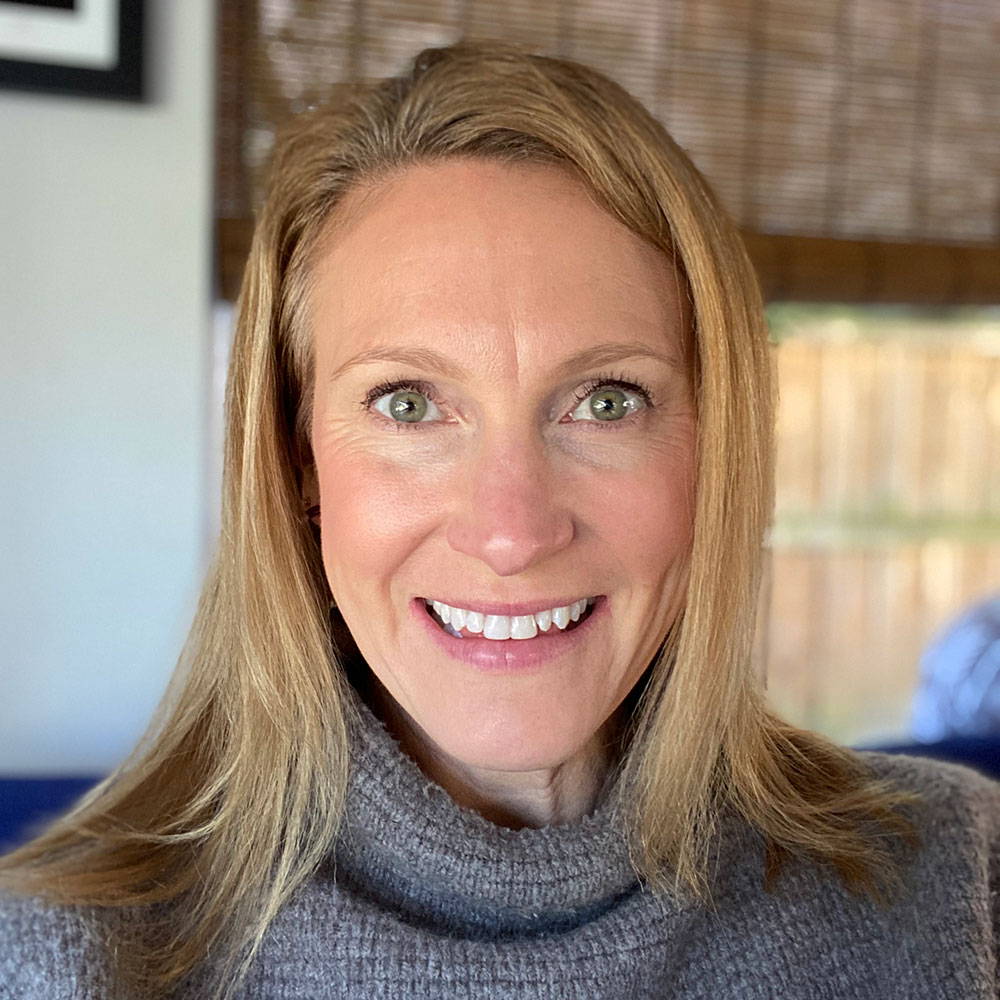 Holly is Mom to an energetic toddler with a side hustle as a senior finance + accounting professional. Holly joined the Oiselle Team in 2012 and served as a local Volée leader in Jacksonville from 2014-2020. Holly's favorite local race is the Gate River Run where, in addition to hosting Haute Volée + Nesters, she's been known to show all visiting birds the Jacksonville post-race celebration scene! 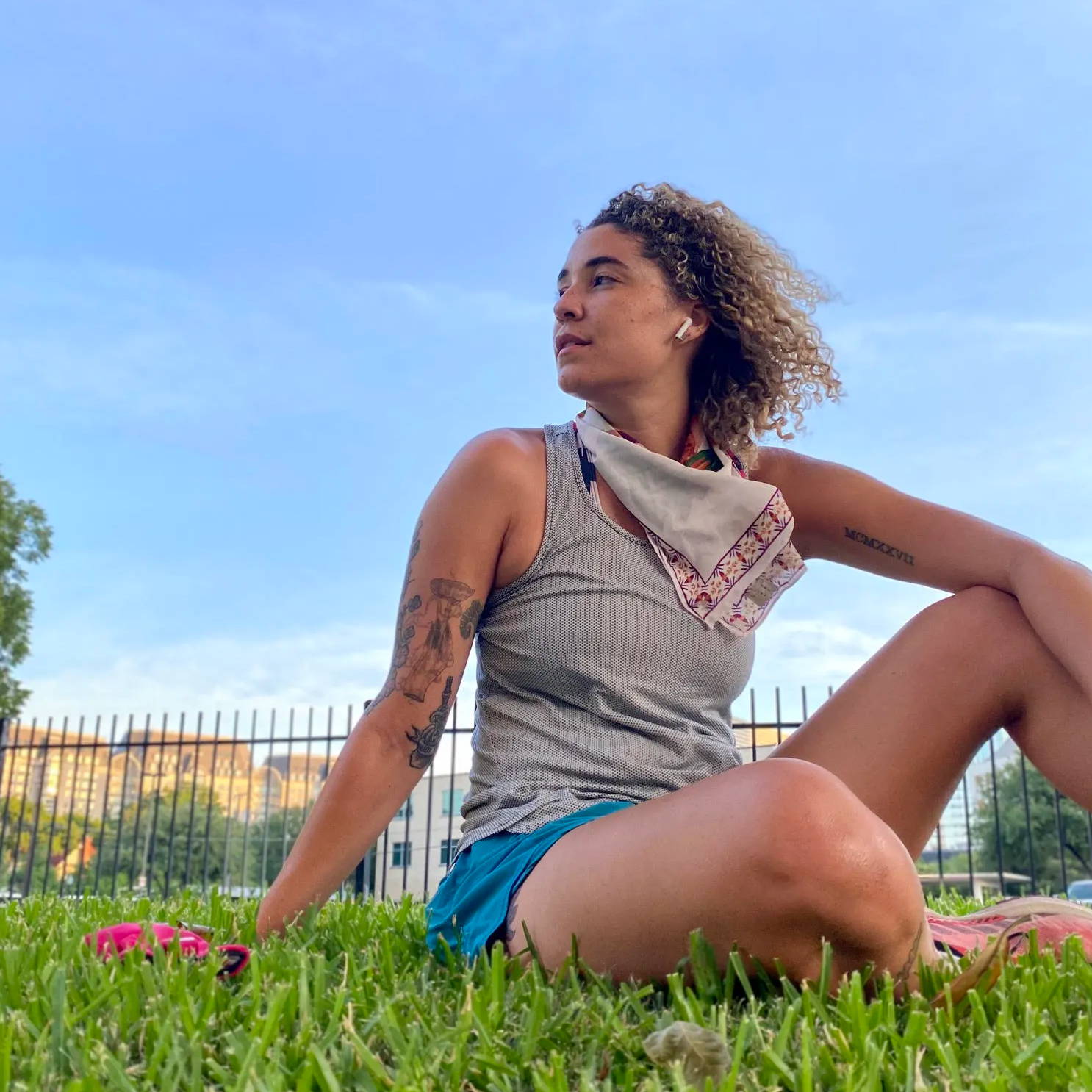 Kolbe is a Texan who joined the Volee in 2016 and became part of the leader team in 2021. She is a former journalist who now spends her days teaching high school English, and her evenings coaching group fitness and working on her dissertation for her doctoral program focused on school improvement. Some of her favorite things are feeling the push and pull of ocean waves, snuggling under a cozy blanket, and a light coating of dust on her skin after a day spent outside. 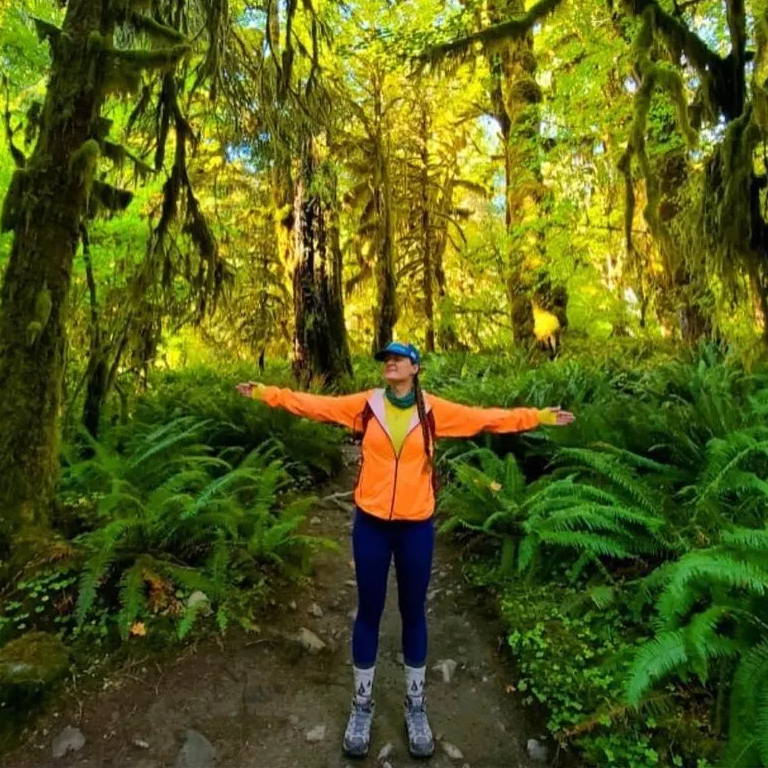 Sheila is from Milwaukee, WI. She has been a part of the Volée since 2013 and a leader from 2014-2021 which included planning regional bird camps. She works in the Culture and Integration department at a financial firm and also is a multimedia developer. She is the pace team captain for the Milwaukee Lakefront Marathon. She loves absurd running - 4 marathons in 4 weeks, running everyday for over a year through COVID even in WI winter, and whatever else she can think of next. Her favorite parts of running: achieving goals, photographing run views, and of course, building community. 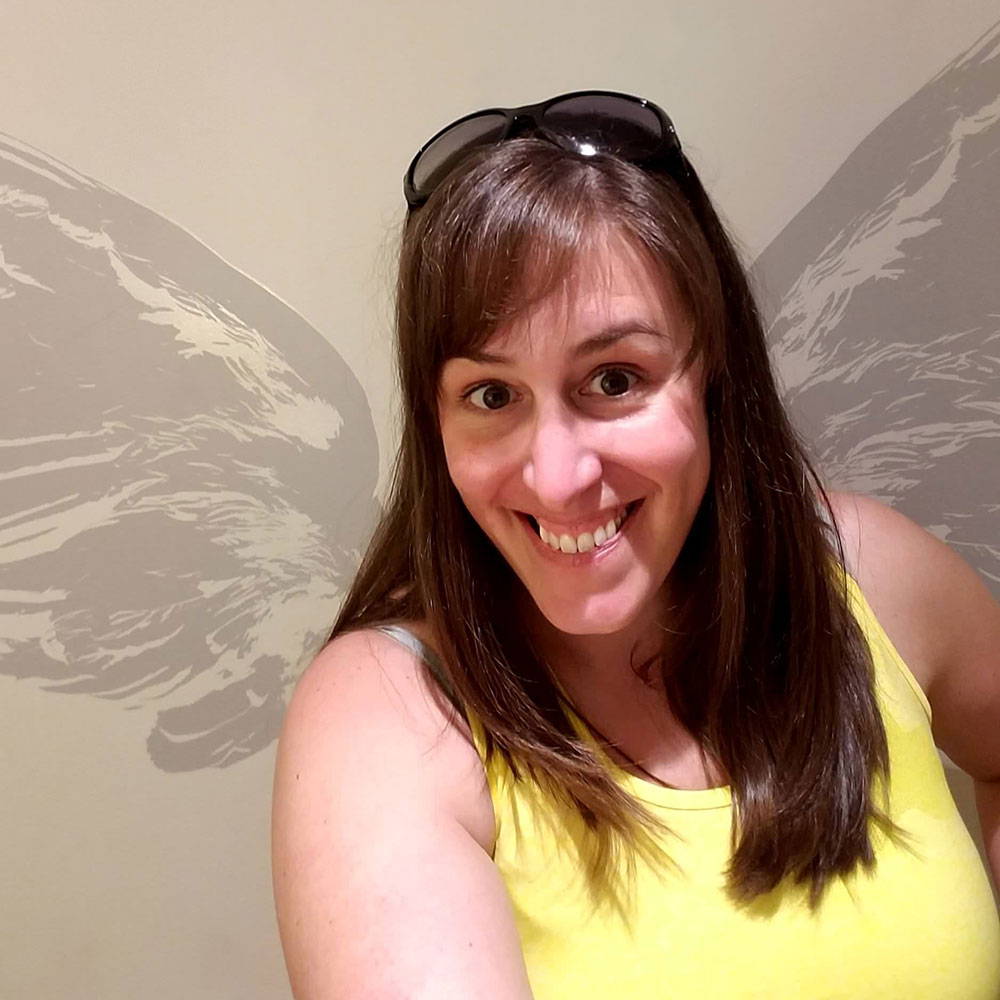 Beth failed running the mile 3 separate times in high school, and fell in love with the power of running at 28. She has been a part of the Oiselle team since 2013 and has been a Volée leader since 2015. During the day she is the Director of Civic Engagement and Volunteerism at a mid size midwestern University. She is a proud Michigander living in Illinois. 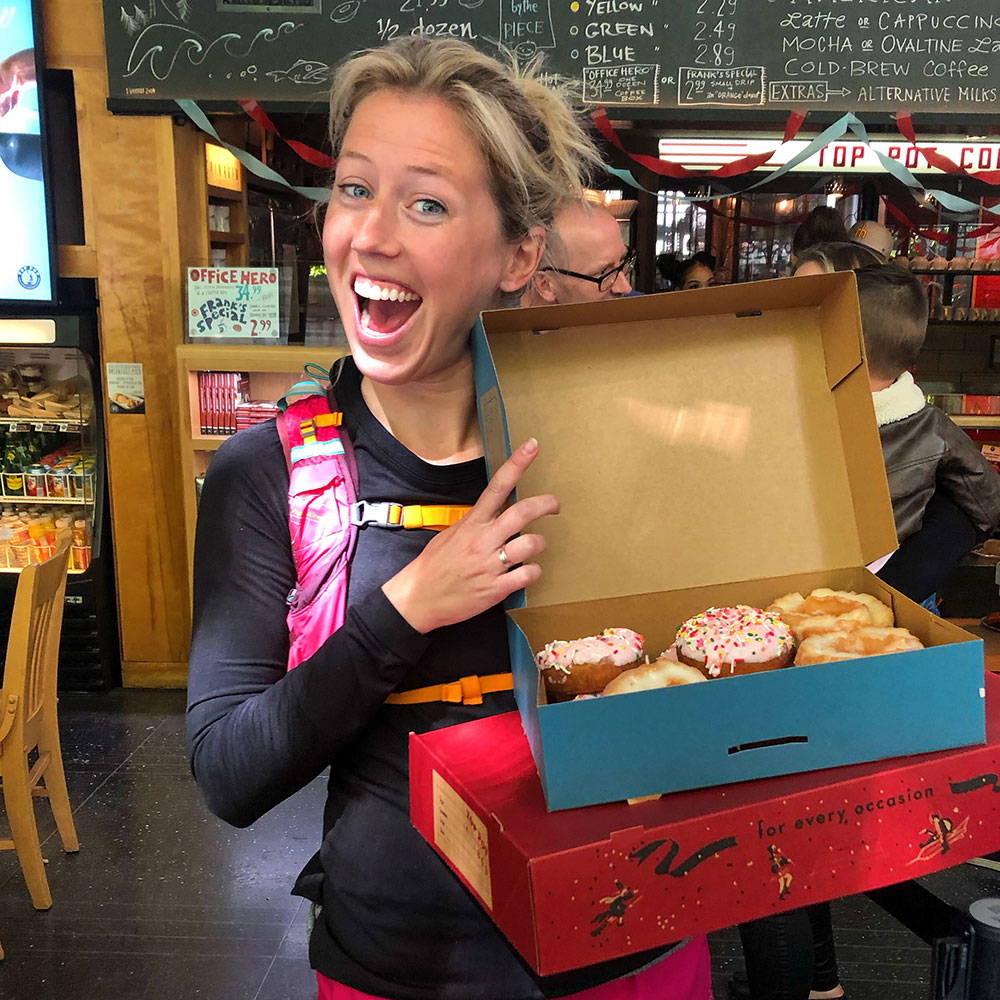 Jessica’s been a Volee leader in the Seattle area since 2015. When she’s not running around the PNW forest, she is running around the lab! By day she is a research scientist in the Vaccine and Infectious Disease Division at Fred Hutch, a nonprofit research center in Seattle. She studies the immune response to viral infections, and how we might modulate that immunity in the context of vaccine development. 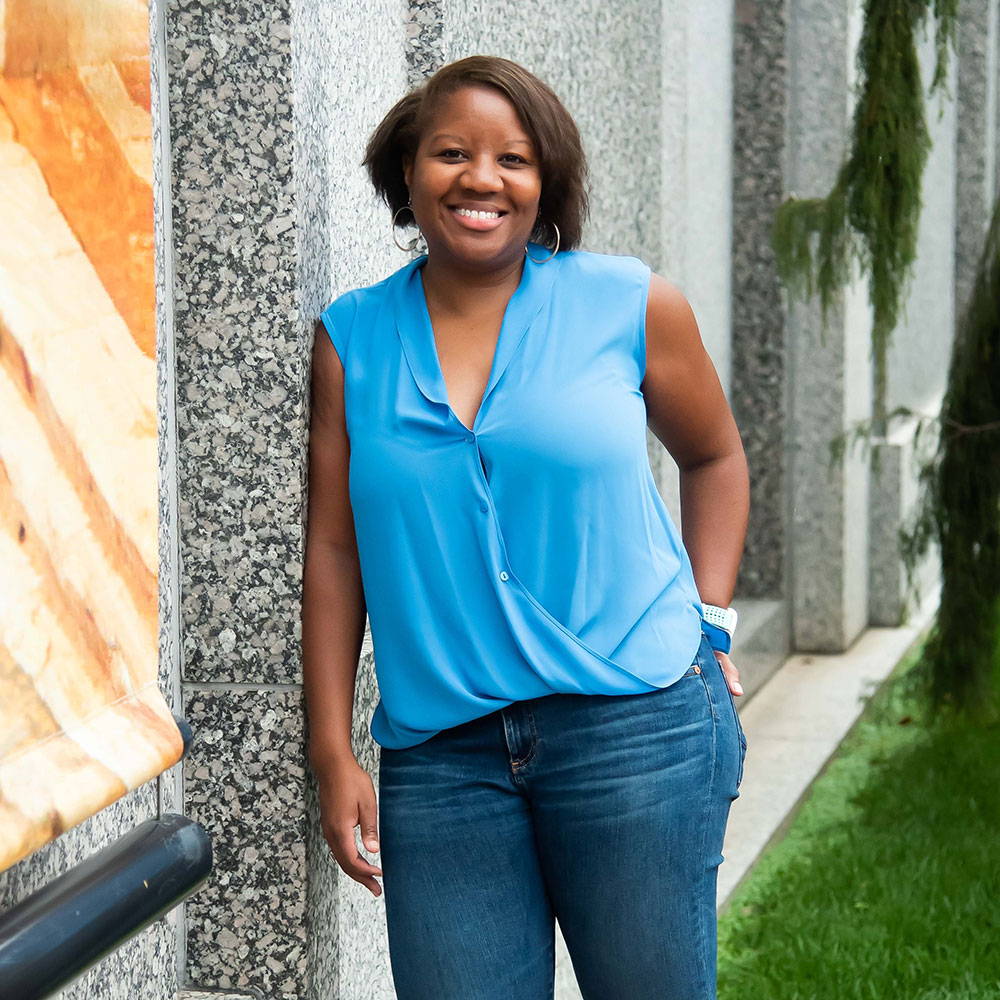 Courtney is a lawyer by trade who currently leads DEI initiatives at a large law firm. She's based in DC and has been on the Volee since 2013. She was part of the first group of Volee leaders and served as a DMV leader until 2021. She's thrilled to be working with Oiselle as a DEI Advisor as well as being a part of the Leader Advisory Group. 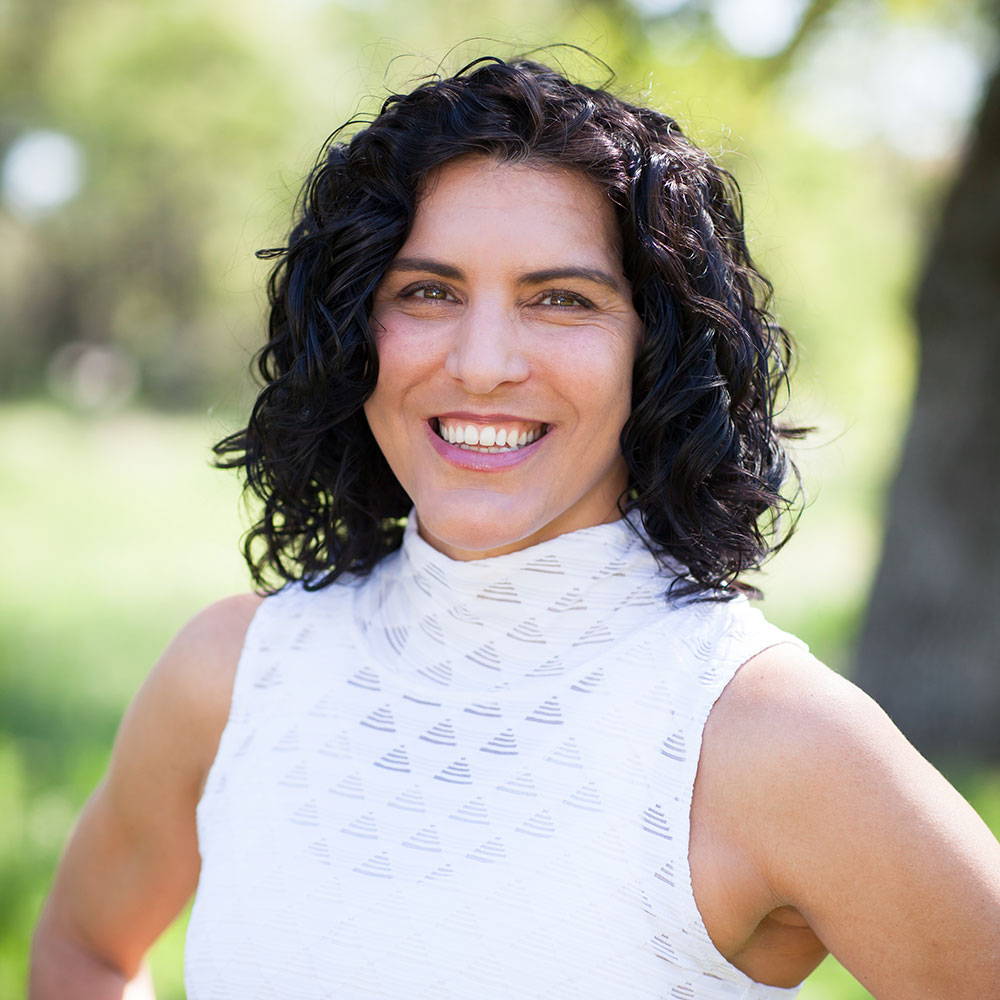 Jen Has been part of the Volée since 2013/14 (teal singlet) and served as Northern California local leader from 2017 to 2020. She is an endurance sports coach specializing in triathlon but works with single sport athletes as well, primarily ultra runners and open water swimmers. Her best friend and sidekick is my 6 year old weimaraner, Lady Adelaide. You can find her running where mountains meet water. 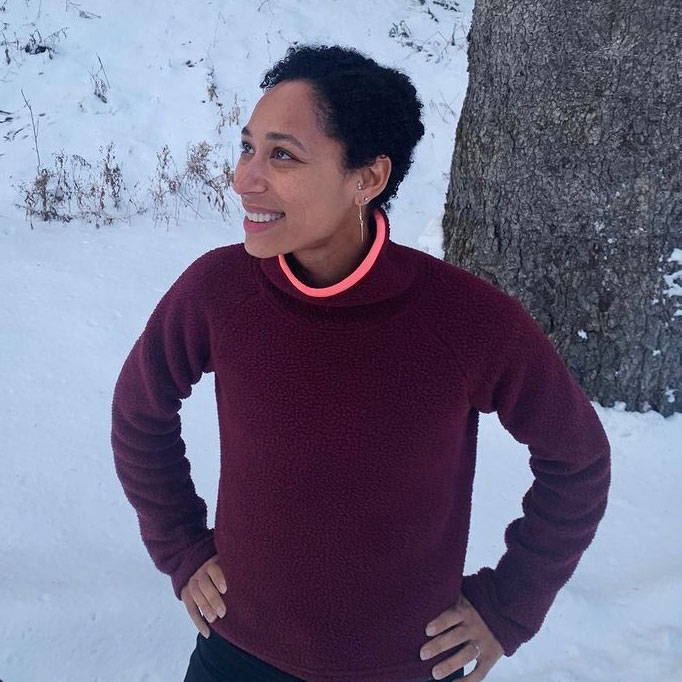 Rebecca has been a member of the New Hampshire Volée for the past 5 years and joined the Volée leader team in 2018. By day she works on youth programming and employee engagement as well developing cultural competency and diversity training for the National Park Service. She is currently training for the Chicago Marathon, raising funds for Multiple Myeloma Research. 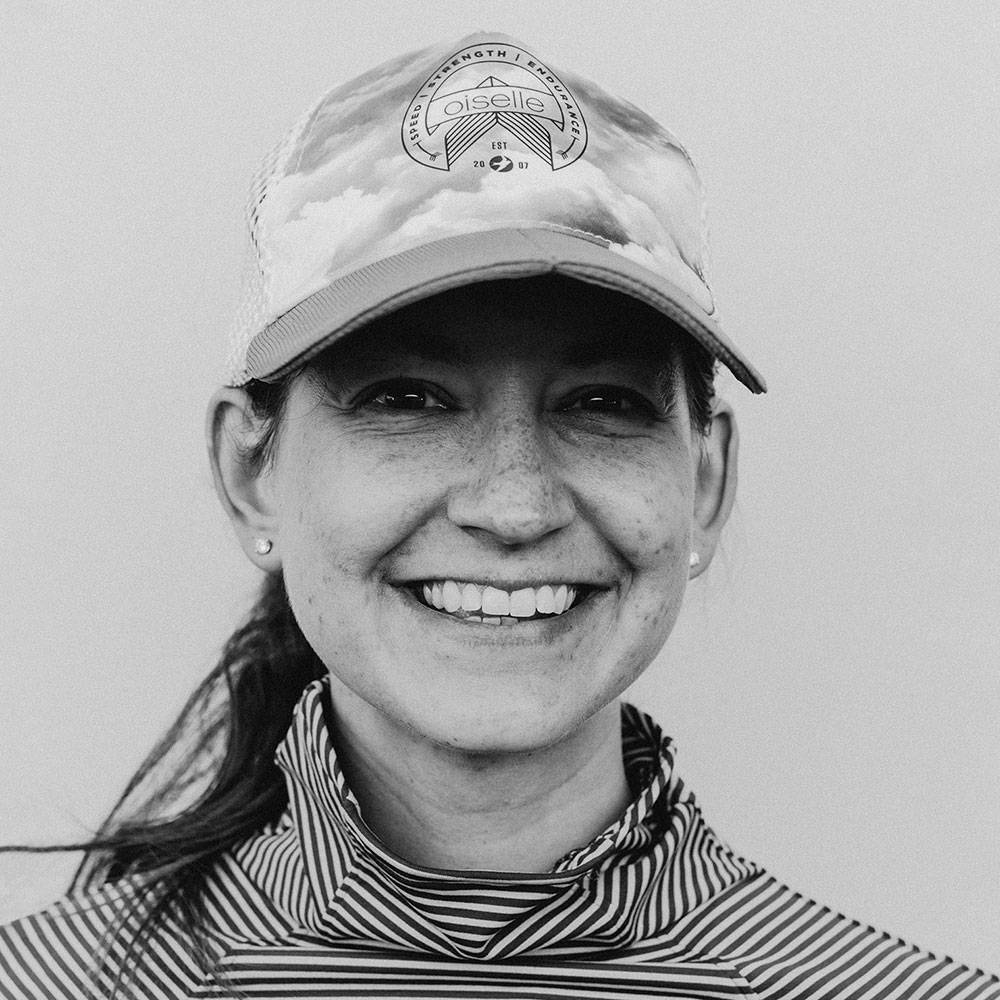 Elizabeth joined the Volée in 2015 while living in Ohio and became a Montana Volée leader shortly after moving to Bozeman in 2017. By day, she is a creative director with a background in digital illustration and user interface design. In her spare time she enjoys steep hikes, travel, reading, and taking scenic photos on just about every run. 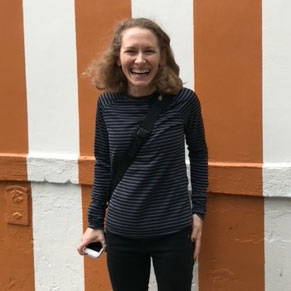 Allie lives in Chapel Hill, North Carolina with her wife Shayla Dvorak (also Volée) and her son Zachary. She has been a part of the North Carolina Volée leader team since 2014; during that time she had the good fortune to co-lead with a lot of amazing women who have worked together to grow our state group from just 3 leaders to a big group spread all across the state. When not helping plan Volée meetups and shenanigans she works as a Realtor and does her best to raise her 15 year old son who sometimes successfully gets his dirty laundry IN the basket.